The Queen of Christmas, Mariah Carey, isn’t having a very merry start to the summer.

In documents acquired by The Post, Andy Stone, who co-wrote Vince Vance & the Valiants’ country song “All I Want For Christmas Is You,” is suing Carey for copyright infringement — claiming the diva never sought or obtained use of his title for her perennial monster holiday hit.

Stone is also coming after Carey’s co-writer on the song, Walter Afanasieff, in the civil suit, which was filed in the US District Court of the Eastern District of Louisiana.

Stone released his 1989 twangy version — which musically and lyrically sounds nothing like Carey’s pop performance — before Carey changed the holiday season forever in 1994. In the suit, he claims his song got extensive airplay during the 1993 holiday season, a year before Carey released hers.

The Scrooge is suing the “Obsessed” singer for $20 million in damages.

“Plaintiff [Stone] personally requested that Defendants [Carey and Afanasieff] cease and desist from further distribution of Plaintiff’s work,” the suit reads in part. “Despite Plaintiff’s request, Defendants continue to exploit Plaintiff’s work ‘All I Want for Christmas is You,’ reaping tremendous financial awards and other pecuniary benefits to the detriment of Plaintiff.”

According to the documents, Carey and Afanasieff “knowingly, willfully and intentionally engaged in a campaign to infringe [Stone’s] copyright in the work … to the commercial gain, personal profit and unjust enrichment of the defendants and the irreparable injury and financial loss” of Stone.

Decades later, streams and radio airplay of Carey’s “All I Want For Christmas Is You” continue to stuff her stocking full of cash. The song has over a billion streams on Spotify alone.

According to the lawsuit, Stone is a self-employed artist in the business of performing, selling and licensing his copyrighted music and earns his livelihood from fees received from these activities.

Read the full lawsuit below.

The song set Spotify’s most streamed track on Spotify in 24 hours (female) record in 2019 — then beat it again in 2020, according to Guinness World Records.

When they got together in the summer of 1994 to write songs for the album “Merry Christmas,” Afanasieff and Carey carved out the chords, structure and melody for “All I Want for Christmas Is You” in just 15 minutes.

“It’s definitely not ‘Swan Lake,’ ” Afanasieff admitted. “But that’s why it’s so popular — because it’s so simple and palatable!”

He also said he hasn’t heard from the “Honey” singer since they worked on her 1997 album “Butterfly,” after which she decided to explore a more R&B-influenced direction.

“It’s a shame because we had great chemistry,” Afanasieff said. “My greatest dream is to work with her again. Mariah, all I want for Christmas is you!” 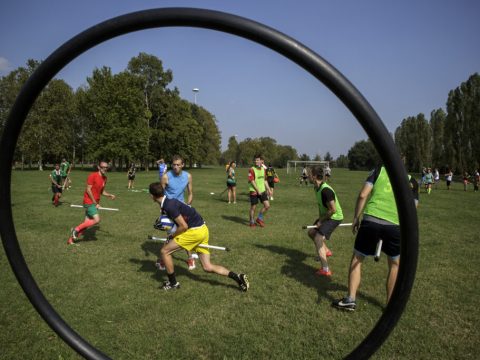 0 44
Quidditch Will Be Renamed To Avoid Connection To J.k. Rowling’s “Anti-trans Positions”