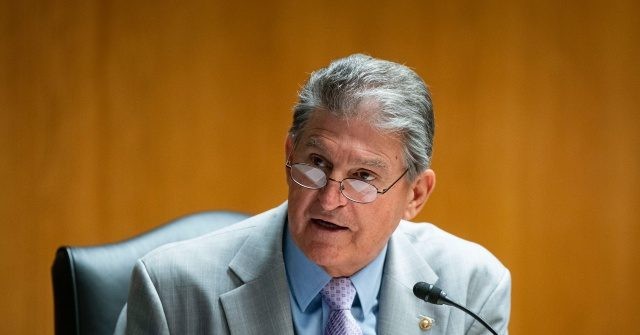 On Wednesday’s broadcast of the Fox News Channel’s “Special Report,” Sen. Joe Manchin (D-WV) said it’s ridiculous for Congress “to even be talking about immigration without border security is ludicrous.” And that granting all the benefits of citizenship will cause more people to come to the U.S. illegally. Manchin also stated that he wants to do something who came to America illegally, “but nobody becomes a citizen until the border is declared secure.”

Manchin said, [relevant remarks begin around 9:15] “For us to even be talking about immigration without border security is ludicrous. I’ve told them. I said, people — the average person turns on the TV and sees what’s going on on the border, and that basically scares the bejesus out of an awful lot of people. If they think they can come and get all the different benefits that people — that citizens of America can get — are entitled to, they’re going to continue to come. So, no, I don’t think so. Border security — in 2013, the bill that we did, we tried to have a pathway to citizenship, we take care of our DREAMers, which I have a lot of compassion for. I would love to do something for people that came, even if they came wrong, pay your fine, get in line, ten years back you won’t be jumping the line, but nobody becomes a citizen until the border is declared secure.”

0 4
Biden to Holt: You're 'a Wise Guy' for Asking about My Past Inflation Statements, It 'Ought to Be Able to Start to Taper Off' Throughout 2022

0 3
‘We Are At The Mercy Of Terrorists’: Kayleigh McEnany Responds To Taliban-Grounded Flights In Afghanistan