The senator admitted to Fox News reporter Hillary Vaughn that the reconciliation package will not “immediately” bring down the costs of groceries and everyday goods. Several Democrats have said Americans will see prices go down thanks to the legislation.

“Why would it? Well, immediately it’s not,” Manchin responded. “But we never said anything happens immediately like today, turn the switch on and off.”

Manchin introduced the legislation alongside Senate Majority Leader Chuck Schumer with the intention of lowering the costs of prescription drugs and the federal budget deficit, investing in clean energy and imposing a 15% minimum tax on corporations making at least $1 billion in profit. (RELATED: ‘Do You Just Laugh Out Loud?’: CNBC’s Kernen Mocks The Inflation Reduction Act)

“Immediately, people will be able to lower the fuel costs in their home,” Granholm said. “There’s a 30% tax credit that you can claim in 2022 for installing energy efficient windows, heat pumps and energy efficient appliances. That is right away. And, on top of that, of course, if citizens want to install solar panels on their roofs so they can generate their own power, that’s another 30% tax credit.”

White House press secretary Karine Jean-Pierre said that people will feel the easing costs of energy “right away” due to the passage of the bill on CNN Friday.

“How does it bring it down right now, though? Americans need it right now?” CNN “New Day” host Brianna Keilar asked.

“Well, let’s get this bill passed, and then we’ll see how the mechanics and all of that’s going to work through. But those are things, specifically, that America’s going to feel right away. When it comes to lowering prescription drugs, that will be earlier in the year next year.”

Director of the National Economic Council Brian Deese told Yahoo Finance that the law will have an “immediate impact” by lowering healthcare and prescription drug costs and providing tax credits for investment in clean energy. He further argued Americans will witness an “immediate, short term and long term impact” on the economy as a result of the bill.

Non-partisan government agencies and reports have contradicted Democrats’ claims that the legislation will lower inflation. The Congressional Budget Office (CBO) said the legislation will have a “negligible impact on inflation” in the current and next year. A University of Pennsylvania Wharton budget model similarly found that it will have no effect on inflation and is only expected to cut the deficit by $248 billion.

CNN White House correspondent John Harwood said Tuesday that the legislation’s name was a “marketing device” to persuade Manchin to support it.

“What it’s about is climate, it’s about health policy, extending Obamacare subsidies, lowering prescription drug costs by letting Medicare negotiate and taxing big corporations. That’s the core element of the plan,” Harwood continued. “If it does anything appreciable to reduce inflation, that’s gravy.”

The bill, in part, funds $370 billion in tax credits and subsidies to promote green energy and about $80 billion to add an additional 87,000 agents to the Internal Revenue Service.

All copyrights and legal uses attributed to content are located at the article origination: Off the Press, Manchin: Democrats ‘Never Said’ Inflation Reduction Act Would Immediately Bring Down Costs 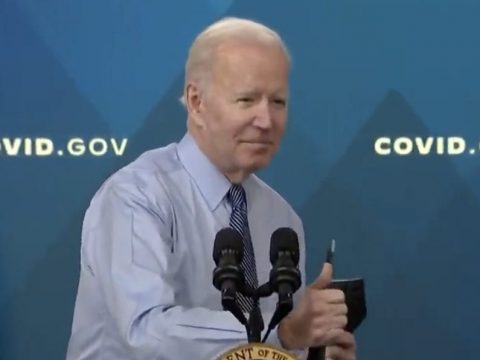 0 81
Parents Of Ex-Marine Jailed In Russia Protest Outside White House. Biden Says He Wants To Meet Them 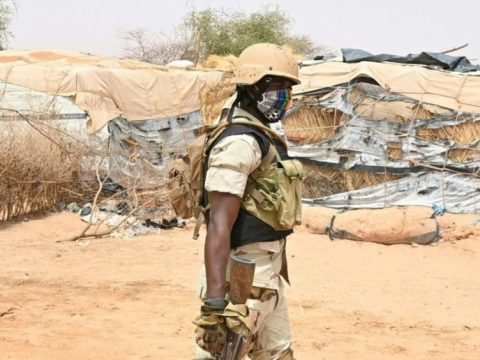 0 75
FACT CHECK: Does This Video Show Nigerians Fleeing From Gunfire?