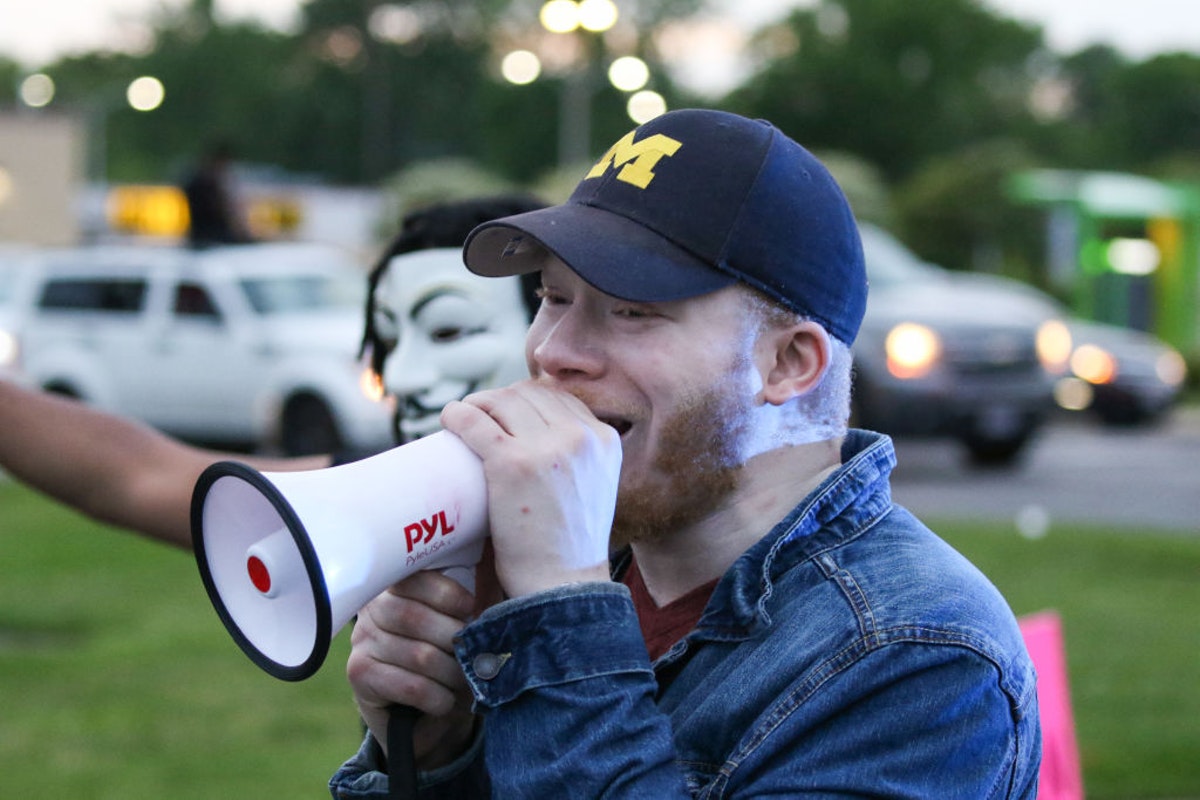 An Ohio man who claimed to be a Black Lives Matter leader in Atlanta used the hundreds of thousands of dollars in donations he received on personal expenses, including buying a house and paying a prostitute.

Sir Maejor Page, 32, was indicted by a federal grand jury in Cleveland last week on three counts of money laundering and one count of wire fraud, the Department of Justice announced. Page is accused of creating a 501(c)(3) Facebook page called “Black Lives Matter of Greater Atlanta,” using the page to raise more than $450,000 from donors after its tax-exempt status as a charity was revoked by the IRS.

Page claimed the donations would be used to fight for racial and social justice, even though the organization was no longer an official charity. Page used the donations instead for his personal benefit, spending money on “entertainment, hotel rooms, clothing and firearms,” as well as purchasing a home in Toledo, Ohio and paying a prostitute.

“These allegations involve fraudulent misrepresentations that the donations received would support Black Lives Matter (Atlanta, Georgia) when, as stated in the indictment, those funds were actually used by the defendant for personal expenses he incurred in Toledo and elsewhere,” Acting U.S. Attorney Bridget M. Brennan said in a DOJ press release. “It is our sincere hope that these charges help raise awareness about online scams and efforts by some to exploit the name and purpose of non-profit organizations for personal gain.”

Page allegedly began the scam in February 2016, registering the organization’s name with the Georgia Secretary of State Corporation’s Division, taking on the role of president and CEO. Facebook recognized BLMGA as a valid charity, allowing users to make donations.

Three years later, in May 2019, the IRS revoked BLMGA’s tax-exempt status due to Page’s failure to submit the proper paperwork for three consecutive years. Page allegedly failed to notify Facebook of the situation, continuing to accept donations. More from the DOJ:

To create the false pretense and representation that BLMGA was a legitimate social justice organization, the defendant routinely made posts on BLMGA’s public Facebook page about social and racial issues, including those occurring in Georgia. In addition to falsely representing BLMGA as a legitimate non-profit organization, the defendant is accused of using the BLMGA Facebook handle to privately communicate with other Facebook users and falsely represented that the donations would be used to “fight for George Floyd” and the “movement.”  As a result, over one hundred people donated to BLMGA through its Facebook page

It is alleged that the defendant used a substantial portion of the funds donated to BLMGA to buy personal items, including entertainment, hotel rooms, clothing and firearms.  The defendant is accused of using the largest sum of funds to purchase a property and the adjoining vacant lot on Glenwood Avenue and Maplewood Avenue in Toledo, Ohio. This property was to be used as a personal residence for the defendant, the indictment states. The defendant allegedly attempted to conceal the purchase of the property by titling it to “Hi Frequency Ohio” and requesting that the seller’s realtor enter into a nondisclosure agreement. This prevented the seller from disclosing that the defendant was the true buyer and that he used BLMGA funds to make the purchase.

“Page is accused of using unprecedented tensions and uncertainty due to widespread civil unrest and a global pandemic to fill his own bank account,” FBI Special Agent in Charge Eric B. Smith said in the press release. “Page allegedly purchased homes, traveled, and spent other people’s money to buy luxury items for himself, all on the backs of hardworking people believing they were donating to a worthy cause. The FBI will continue efforts to root out fraudsters who victimize our fellow citizens for personal gain.”