A new poll released Wednesday following the Federal Bureau of Investigation’s (FBI) raid on former President Donald Trump’s Mar-a-Lago home found a majority of Independents and Republicans believe the raid was political and are now inclined to vote in the midterms.

The poll, conducted by the Convention of States Action in partnership with The Trafalgar Group found 53.9% of Independent voters believe Trump’ political enemies were behind the Monday raid while 35.3% believe it was impartial.

Nearly 77% of Republicans said Trump’s enemies were to blame while just 14.6% said it was an impartial justice system at work. Only 11.9% of Democrats believed it was politically motivated.

76.7% of #GOP and 53.9% in #Inds say Trump’s political enemies behind the raid as opposed to impartial justice system.

The FBI raid has also motivated voters to go to the polls in the upcoming midterm elections, with 71.7% of Independent voters and 83.8% of Republican voters saying the raid on Trump increased their motivation. About 55% of Democratic voters also responded that they were more inclined to vote.

The poll was conducted with 1,095 respondents between Aug. 8 and 10 with a +/- 2.9% margin of error and a 95% confidence rating. (RELATED: Trump Optimistic After FBI Raid As Republican Flock To Support Him)

FBI agents raided Trump’s Florida residence Monday in connection to an investigation regarding 15 boxes of documents that Trump allegedly took with him from the White House, with some reportedly containing classified information. Judicial Watch, a conservative watchdog group, filed a motion Tuesday urging a district court to unseal the FBI’s search warrant.

“Given the political context, and the highly unusual action of executing a search warrant at the residence of a former President and likely future political opponent, it is essential that the public understands as soon as possible the basis for the government’s action,” the motion states.

Trump alleged Wednesday that agents did not allow staff or his lawyers to watch their raid in a post to Truth Social.

“Everyone was asked to leave the premises, they wanted to be left alone, without any witnesses to see what they were doing, taking, or, hopefully not, ‘planting,’” the former president’s post read. “Why did they STRONGLY insist on having nobody watching them, everybody out?” 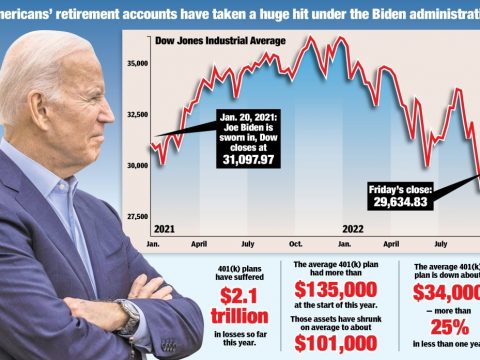