Despite the all-out push by the Democratic Party to make abortion a top motivator for voters in the midterm elections, a major pollster predicted the Republican Party will gain even more seats in the U.S. House.

The Supreme Court’s decision to overturn Roe v. Wade did not make a “huge impact” on the House generic ballot polling, according to Sabato’s Crystal Ball at the University of Virginia Center for Politics.

There are 10 House ratings changes from @kkondik at Sabato’s Crystal Ball. Updated interactive map, including a link to the analysis: https://t.co/jgxFkV8WiH pic.twitter.com/ofzTqUtvi8

“Our topline assessment of the House picture has not really changed since the Dobbs decision. We continue to see the Republicans as very strongly favored to win the majority with seats to spare, as they only need to win 5 more seats than they won in 2020 (213) in order to flip the House,” the pollster stated.

The pollster warned that anything less than Republicans gaining 20 seats in the House could leave the party ‘vulnerable’ come the 2024 elections.

“In a midterm environment such as this one, the opposition party has the clear advantage in terms of ‘nationalizing’ races, running on national themes like dissatisfaction with President Biden (whose approval rating is languishing in the 30s) and issues such as inflation and gas prices,” according to Sabato’s Crystal Ball. (RELATED: Another American Dream Clings To Life Under Biden’s Watch)

If the Democrats fail to make abortion a national theme for voters, Republicans could have a “strong showing” and pick up as many as 30 seats in the U.S. House, according to the pollster.

The assessment showed that nine out of the 10 U.S. House rating changes made in Sabato’s Crystal Ball went positive for the Republican Party.

“Democrats have been losing ground in these kinds of districts in recent years, so we’re calling it a Toss-up now.” – Kyle Kondik, managing editor of Sabato’s Crystal Ballhttps://t.co/hB8CvaX7QU

The Democrats did gain in Georgia’s2nd district, with the pollsters upgrading the district from a “leans Democratic” to a “likely Democratic.” 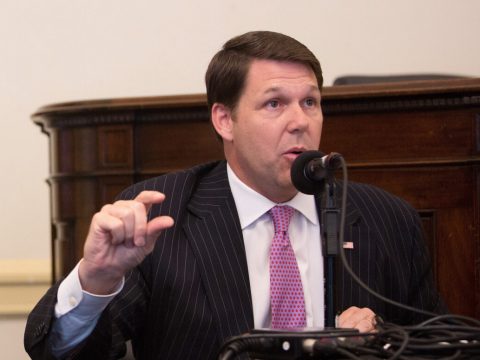