Media conglomerate Gannett announced on Friday that it would lay off staff at local news outlets across the United States following a dismal earnings report.

The company, which owns USA Today and more than 250 national and local outlets, reported total revenues of $748.7 million and a net loss of $53.7 million in its second quarter — reflecting a 7.2% decline in margins.

“Our second quarter results and updated full year outlook reflect industry-wide headwinds in digital advertising as well as rising costs and pressures on consumers which are impacting our near-term performance,” Gannett CEO Michael Reed said in the earnings report. “During the quarter we experienced a rapidly tightening macroeconomic environment caused by rising inflation coupled with distribution labor shortages and price sensitive consumers which has affected our traditional print business.”

Gannett President Maribel Perez then told staff in an email that the firm would begin “necessary but painful reductions to staffing” while eliminating some open positions, according to media nonprofit Poynter. Journalists at several outlets — including the St. Cloud Times in Minnesota, the Monroe News-Star in Louisiana, the Panama City News-Herald in Florida, and the Courier-Journal in Kentucky — began announcing on social media that they had been dismissed.

“We’ve been transparent about the need to evolve our operations and cost structure in line with our growth strategy while also needing to take swift action given the challenging economic environment,” Gannett spokesperson Lark-Marie Anton told Poynter.

It is unclear how many total positions at Gannett were affected. Amid inflationary pressures that have propelled the United States into a technical recession, companies in many other sectors — including technology — have slowed hiring or introduced layoffs.

Gannett also laid off staff in the spring of 2020 and offered a round of voluntary buyouts to all its employees in the fall of 2020. Roughly 500 buyouts were accepted, with 60 editors, 19 photojournalists, and 124 reporters leaving the company, according to details obtained by Poynter.

The layoffs at Gannett continue the progressive decline of local journalism. More than 360 newspapers closed their doors between late 2019 and the spring of 2022, according to a recent report from Northwestern University, meaning that the United States is on pace to lose one-third of its local newspapers between 2005 and 2025.

Likewise, 7% of the nation’s counties now have no local newspaper, while 70 million Americans now live in an area with either no local news organization or a local news outlet that is at risk.

“Invariably, the economically struggling, traditionally underserved communities that need local journalism the most are the very places where it is most difficult to sustain print or digital news organizations,” Northwestern visiting professor Penelope Muse Abernathy said of the report.

Indeed, newsroom employment in the United States has declined 26% since 2008, according to Pew Research Center. Though total employment at newspaper publishers has dropped from roughly 71,100 to 30,800 between 2008 and 2020, employment at digital-native outlets has grown from 7,400 to 18,000 over the same time horizon.

Nearly 2,800 news outlets received paycheck protection loans amid COVID and the lockdown-induced recession, with most remaining below $150,000, another analysis by Pew Research Center found. Because companies with more than 1,000 employees were not eligible for the benefits, Gannett and other conglomerates did not receive funds.

All copyrights and legal uses attributed to content are located at the article origination: © Daily Wire, Local Journalists Laid Off As Media Conglomerate Suffers Heavy Losses 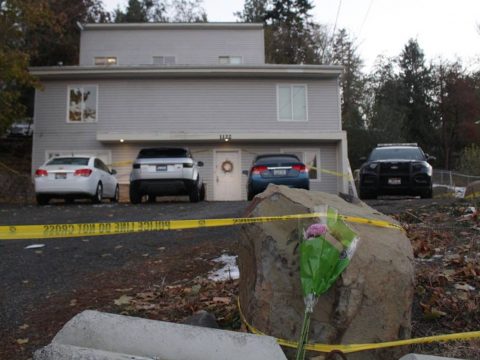