On May 10, Brady changed his Twitter profile image in a nod to the “red laser eyes” meme often used by cryptocurrency fans, to share his embrace of Bitcoin. However, in the weeks that followed, Bitcoin prices have plummeted.

Brady reacted to those who lightheartedly mocked his involvement in the decline of Bitcoin, writing on Twitter, “Alright the laser eyes didn’t work. Anyone have any ideas?”

Alright the laser eyes didn’t work. Anyone have any ideas? https://t.co/43WyShRxr2

Brady was responding to a tweet from Jason Yanowitz, co-founder of Blockworks, who linked Brady’s embrace of Bitcoin with the cryptocurrency’s decline, tweeting, “Yo [Tom Brady] laser eyes off my man.”

As Market Watch noted, “Bitcoin prices are down nearly 40% since Brady’s image change and the crypto is down over 50% from its mid-April peak.”

In late May, CNBC reported that Brady said he was a “big believer” in cryptocurrencies.

“I don’t think it’s going anywhere,” Brady said at the CoinDesk Consensus 2021 forum. “I’m still learning so much. It’s definitely something I’m going to be in for a long time.”

“How we pay for things now is very different from how we paid for things when I was a kid,” Brady continued. “At the end of the day it’s transactions and how they’re happening between people in the space of 3 to 4 feet … it’s not exchanging dollar bills anymore, it’s passing along technology.”

“The world is changing, we all just have to understand it’s constant change and you can either be ahead of the curve or behind it and I’m choosing to be ahead of it,” Brady said. “As someone who wants to be on the forefront of things, I’m going to help create the trend and adopt it and recognize this is where the world is heading.”

“I’ve been following that community for a while on Twitter, someone had really called me out to change my profile picture and use the laser eyes,” he said. “In my understanding it was a vote of confidence, to really get into the conversation as I’m such a believer in crypto and where things are headed in the world.”

On a serious note, there are various factors at play when it comes to the recent decline in Bitcoin’s value. The cryptocurrency market crashed in mid-May “after China banned financial and payment institutions from providing cryptocurrency services,” according to Yahoo! Finance. Total losses in the market capitalization for the entire cryptocurrency sector amounted to almost $1 trillion.

Another factor in the volatility of the cryptocurrency market has been Tesla and SpaceX CEO, Elon Musk. After stating in March that Tesla would accept Bitcoin as payment, Musk announced in May that the electronic car company would suspend vehicle purchases with Bitcoin, citing concern over “rapidly increasing use of fossil fuels for Bitcoin mining.”

0 7
FACT CHECK: Did The Biden Administration Announce That $40,000 ‘Stimulus Loans’ Are Available? 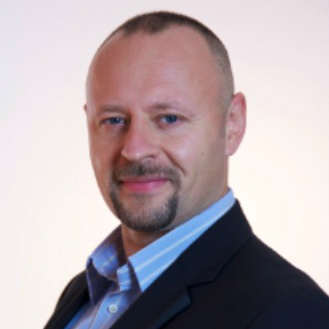 0 40
Pessimism on the Biden Economy Hits Highest Since 2008