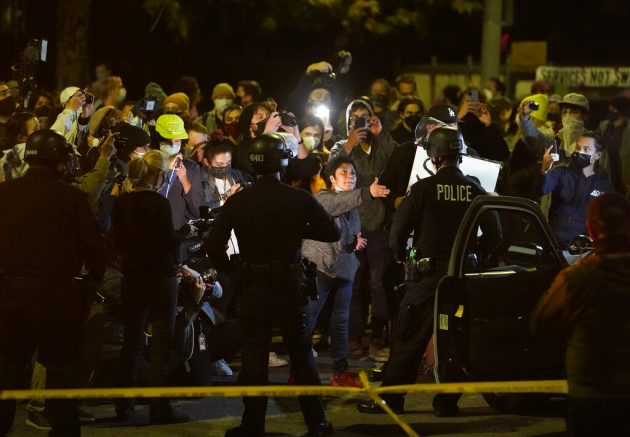 Authorities declared an unlawful assembly and ordered people to clear the area. This came in response to hundreds of protesters gathering at Echo Park Lake on Wednesday after city officials announced their intent to clear out a homeless encampment located inside the park.

“Well, I think a lot of people want this city to be very pretty and a certain way…I don’t really agree with that,” said protester Julian Cullars. “I think they want to dump out all the people here so they can have their nice little park, but unfortunately we just have people in the city who need somewhere to stay and this is the spot.”

YALL ITS GOING DOWN IN ECHO PARK pic.twitter.com/T1zUDUoBkE

Officials said they plan to carry out renovations and maintenance throughout the par, which are estimated to cost over half a million dollars. The park is expected to be completely cleared out by city officials as early as Thursday morning.