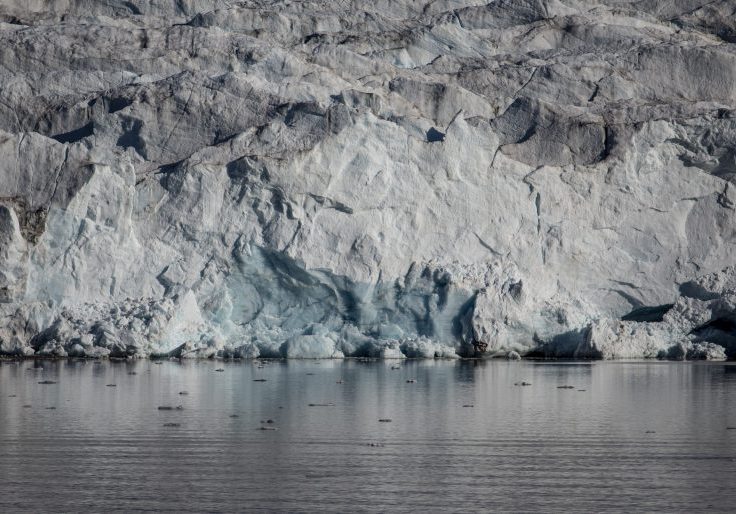 While the authors of the study expect sea levels to rise until the middle of the century, they say the warming of the Arctic will not significantly increase extreme cold weather in southern climes, according to Science magazine. James Screen, the study’s coauthor and a climate scientist at the University of Exeter, said the effects of arctic ice melting on severe winter weather are negligible.

“To say the loss of sea ice has an effect over a particular extreme event, or even over the last 20 years, is a stretch,” he said.

Spurred by the potentially catastrophic effects of climate change, Democratic politicians and climate activists have advocated for costly government programs, such as the Green New Deal, aimed at drastically reducing greenhouse gas emissions and eliminating fossil fuels. Many of them claim severe weather patterns, such as was seen in the Texas deep freeze this last winter, will proliferate unless the United States ends its reliance on non-renewable energy.

Rep. Alexandria Ocasio-Cortez (D., N.Y.), an architect of the Green New Deal who once said the world will “end in 12 years if we don’t address climate change,” has argued that climate change accelerates severe weather patterns. In February, she linked the warming of global temperatures to severe cold weather in Texas, flooding in the Midwest, and wildfires in California.

“Climate change is making these kinds of disasters worse, more frequent, and with a lot more intensity,” she said.

From the Texas Freeze & Midwest floods to California wildfires & Hurricane María, the climate crisis impacts us all.

We must come together and act boldly to stem climate change, AND we can create 20 million+ jobs in the process.

*That’s* what a #GreenNewDeal is all about. 🌎⬇️ pic.twitter.com/H1yEn0OhOv

During the 2020 presidential campaign, Joe Biden’s platform said there was “no greater challenge facing our country and our world” than climate change, and Biden called the Green New Deal a “crucial framework” for addressing the problem. His platform also said “climate change-related weather events” disproportionately affected “people of color and low-income communities”—the reason, he said, that those groups should “receive preference in competitive grant programs in the Clean Economy Revolution.”

The theory that climate change causes severe weather patterns was popularized in a 2012 paper that said the melting of arctic ice would cause pressure changes in the polar atmosphere, eventually affecting weather patterns farther south.

In spite of the recent landmark climate study’s findings, some scientists remain unconvinced, noting that the study focused on sea ice and disregarded other variables, such as warm tropical air coming to the Arctic. One of the 2012 paper’s coauthors admits, however, that the April study’s findings are sound and that severe winter weather has not increased as predicted.

“Like all things, as you dig into them, they become more complicated,” the coauthor, Woodwell Climate Research Center scientist Jennifer Francis, said.