The Los Angeles County Board of Supervisors has taken action to give itself the power to remove Sheriff Alex Villanueva from office.

The board voted 4-1 to approve a motion on Tuesday that calls for the acting county counsel to draft a proposed ballot measure for this November that would give the board the ability to remove the sheriff from office. The draft would need approval before qualifying for ballot placement in the fall. The measure was brought by board Chair Holly Mitchell and Supervisor Hilda Solis, per Los Angeles Magazine.

“We can’t just sit back and watch the destruction of a wayward sheriff,” Solis, who co-wrote the motion, said, per the Washington Examiner. “If the sheriff is not able to follow the law … and engages in misconduct, the board needs stronger mechanisms to check this harmful behavior.”

While Villanueva is a moderate Democrat, he has challenged the Board over its position on “defund the police,” its part in allowing the homelessness population to skyrocket, as well as its approval of social welfare initiatives for criminals instead of prison, per the Examiner.

The Daily Wire reached out for comment and was directed to Sheriff Villanueva’s public response to the Board of Supervisors, in which he called the action an “unprecedented motion” that “would allow corrupt Board members to intimidate sheriffs from carrying out their official duties to investigate crime.”

He pointed out that the measure was built upon an earlier motion first started by former Supervisor Mark Ridley-Thomas, who is facing a trial this fall and has “been indicted on 20 counts of public corruption for alleged criminal acts committed while serving as the chair” of the Board.

Villanueva claimed that the proposal would likely be found to be unconstitutional in court. “The fact the authors of this motion never sought an opinion from County Counsel or constitutional law expert, regarding its constitutionality, speaks volumes as to the intent,” he added.

The statement pointed out that there are four methods of removing a Sheriff from office including elections, recall elections, creating a civil grand jury, or “using the authority already vested in the state attorney general,” noting that the Board “conveniently” forgot to state the fourth option. He added that the measure “is a recipe for public corruption, particularly when ‘cause’ remains so broad and undefined.”

Villanueva did not hold back on calling out the Board of Supervisors in their attempt to gain power to dismiss him, stating “[t]his Board is attempting to cheat the system and create a ‘fast track’ pathway to remove a duly elected sheriff, one which circumvents the law and the foundational principles of due process enshrined in the Fourteenth Amendment of the United States Constitution.”

“You are not, ‘putting it in the hands of the voters.’ You are putting it in the hands of political activists who wrote the basis for this motion and the same political activists whose mission is to abolish law enforcement and redirect the public safety budget to their own 501(c)3 non-governmental organizations,” he added, in an apparent reference to “defund the police” initiatives.

Villanueva also pointed out that the board has already publicly stated it supports his opponent, leading Villanueva to noted that “it is highly unethical for you to put this motion forward” in light of that fact.

The Republican National Committee came out with a statement last week, saying the measure is “another prime example of how Democrats like to change the rules when they don’t get their way.”

“Not only is Sheriff Villanueva an elected official, he’s one of the few who has been willing to stand up to the board for reducing law enforcement funding and effectively endangering the lives of Angelenos,” per the RNC, according to Fox News and LA Mag. “… This decision from the L.A. County Board of Supervisors would attempt to bully the elected sheriff into doing what they want and would be yet another blow to a free and fair democracy, thanks to California Democrats.”

All copyrights and legal uses attributed to content are located at the article origination: © Daily Wire, L.A. County Board Moves To Give Itself Power To Oust Sheriff From Office 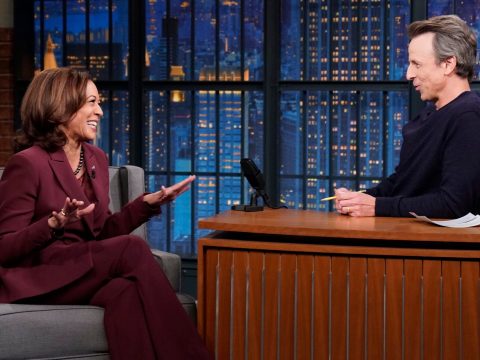