Law enforcement rushed to protect Los Angeles city officials after a homeless activist climbed over the chamber’s bench barrier that separates the public from the politicians just before a vote to ban homeless encampments within 500 feet of schools and day care centers.

“You’re a piece of s***,” the unidentified activist said during a chaotic meeting Tuesday before authorities arrested her. “And how dare you say the people here are not unhoused.”

City officials struggled to tame the crowd of protestors who swarmed the council’s chambers in opposition to the ban and claimed it would further criminalize homelessness and stifle connecting them with needed services and resources.

But with nearly every neighborhood in the City of Angels flooded with people setting up camp and occupying public spaces in front of properties that were somewhat safer before the pandemic, the council still approved the ban in an 11-3 vote.

Councilmembers who voted in favor of amending the law stood for protecting the health and safety of children from drug-addicted and mentally unstable individuals who have had free reign to set up camp near the city’s 750 public school sites or the nearly 1,0000 registered commercial daycare centers.

“This is an issue of restoring order and safety among our most precious sites in the city of Los Angeles,” Councilmember Joe Buscaino said during the meeting. “Our students are already traumatized with socio-economic issues,” adding they should not be exposed to sex acts, open drug use, and psychotic behavior that’s taking place right next to the schoolyards.

Koretz said homeless individuals have shouted obscenities and thrown vile objects at parents and children as they walk through encampments to drop off their children at school.

Koretz said homeless people have hacked a 102-year-old man to death and shared other accounts of stabbings in his district over the past few years.

“We have to provide some kind of protection for our kids,” he said.

Councilmember Mike Bonin opposed the ban while admitting the city has a problem on its hands.

“This is going to channel our time … money and our energy into moving people around instead of moving people inside,” he added. “It is actually harmful.”

The Associated Press reported that the nonprofit People Assisting The Homeless (PATH), which opposed the measure, said homeless residents are more likely to be victims of violence rather than perpetrators.

“Enforcement of anti-camping ordinances, then, only displaces people and makes it harder for trained outreach staff to establish trust again,” PATH said in a statement. “Residents of cleared encampments, unless connected to stable permanent housing through a trauma-informed case management process, often return to unsheltered homelessness.”

Homelessness in Los Angeles County increased by approximately 13% at the beginning of 2020, according to the last annual Point In Time Count. More than 66,000 transients in the county were experiencing homelessness, with over 41,000 in the city.

Earlier this year, the county conducted its first count since the pre-COVID era.

The Epoch Times reported that county officials were initially supposed to release the 2022 results last month. The date was pushed back to “ensure safety of its volunteers,” according to a statement from the Los Angeles Homeless Services Authority (LAHSA), which provides resources for the county’s homeless population.

The agency said postponing the results “was the responsible thing to do” because “the accuracy of the data is of paramount importance.”

“We have to give [Housing and Urban Development] the time they need to validate the data,” Kristina Dixon, LAHSA’s acting co-executive director, said in a news release July 6. “Despite any frustration that may result from this delay, ensuring that the people of Los Angeles County and their elected representatives have accurate, validated data regarding the 2022 Point-In-Time Count is of the utmost importance to LAHSA.”

County officials said they expect to publish the results in September.

Outside of City Hall chambers, protestors chanted “Abolish 41.18,” which references the law prohibiting encampments on freeway overpasses, around railroad tracks, near loading docks, at libraries, and other locations, according to The Associated Press.

While Los Angeles Democratic Mayor Eric Garcetti still has to sign the measure before it takes effect, the ban comes at a time when California’s Project Roomkey, which paid hotels to provide shelter for homeless people, is set to end.

City officials voted on the ban just before the new public school year starts on Monday.

“We are always trying to figure out how we protect children,” Councilmember Gil Cedillo said during the meeting. 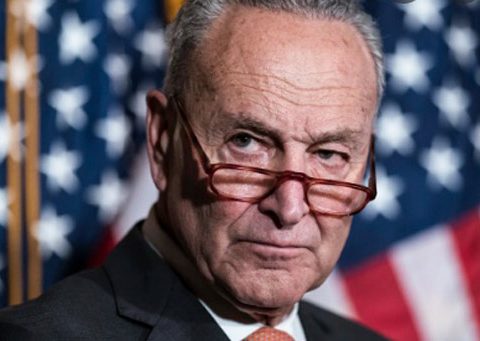