Arizona Democratic Sen. Kyrsten Sinema reaffirmed her opposition to abolishing the 60-vote Senate filibuster, rebuffing progressives who have decried the legislative rule and called for its removal.

Sinema argued that scrapping the Senate rule would erode “democracy’s guardrails,” writing in The Washington Post that doing so would lead the nation to “lose much more than we gain.”

“It’s no secret that I oppose eliminating the Senate’s 60-vote threshold,” Sinema wrote. “I held the same view during three terms in the U.S. House, and said the same after I was elected to the Senate in 2018.”

“If anyone expected me to reverse my position because my party now controls the Senate, they should know that my approach to legislating in Congress is the same whether in the minority or majority,” she continued.

Sinema also argued that the filibuster was essential to ensure moderation and compromise, and a necessary safeguard against wild, sweeping policy by the majority over and objections from the minority.

“Would it be good for our country if we [passed the For the People Act], only to see that legislation rescinded a few years from now and replaced by a nationwide voter-ID law or restrictions on voting by mail in federal elections, over the objections of the minority?” she asked.

“Would it be good for our country if we [expanded health care access], only to later see that legislation replaced by legislation dividing Medicaid into block grants, slashing earned Social Security and Medicare benefits, or defunding women’s reproductive health services?” she added. (RELATED: Sinema ‘Not Open To Changing Her Mind’ On The Filibuster) 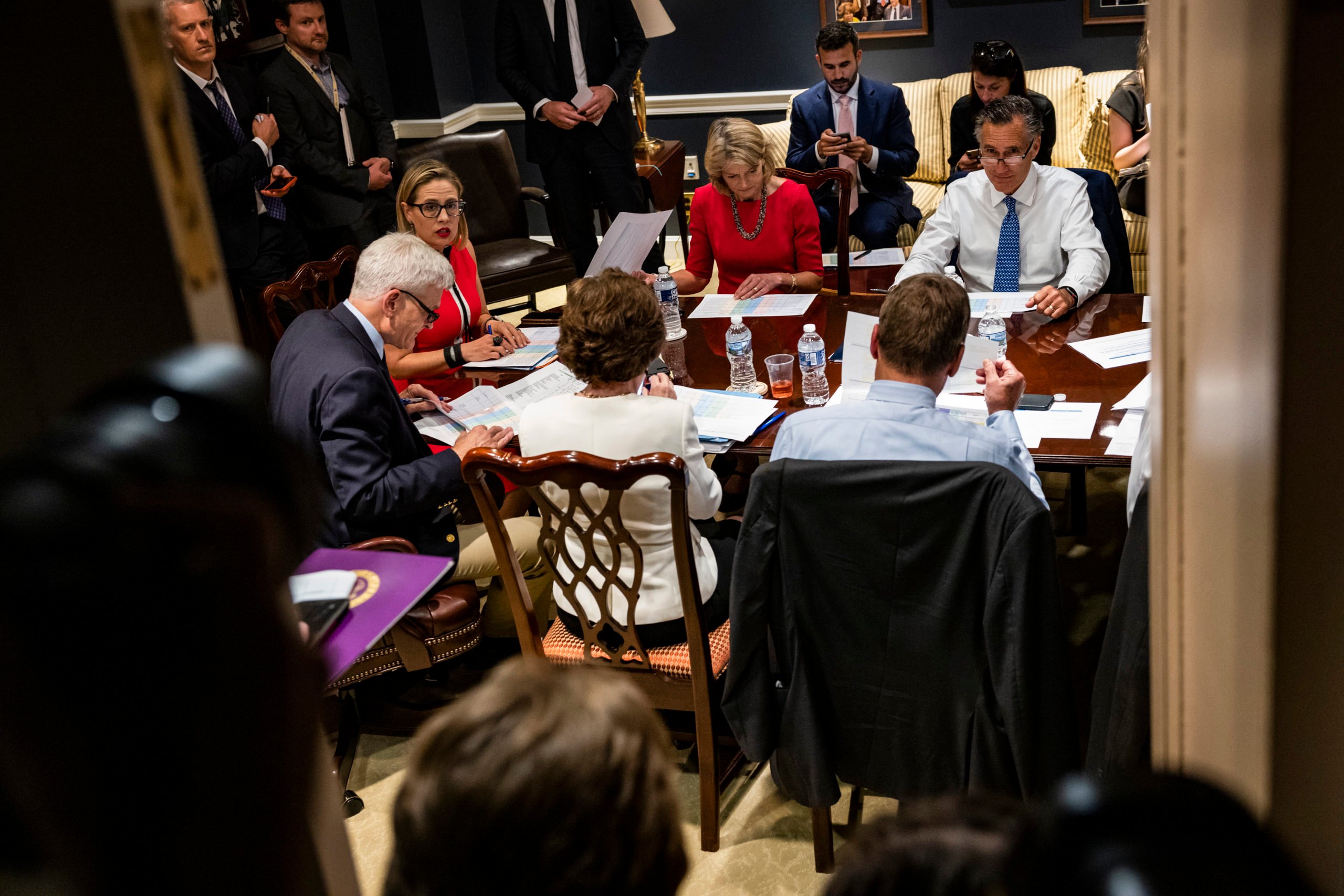 Sinema’s op-ed was published a day before the Senate votes on advancing S.1, Democrats’ sweeping voting rights bill that would overhaul federal elections and adopt policies like no-excuse absentee voting, ballot harvesting and a ban on partisan gerrymandering nationwide. Republicans are united in their opposition against it, meaning that it is certain to fail since there is no path to it receiving 60 votes.

Sinema and West Virginia Sen. Joe Manchin have been the two Democrats most vocal about keeping the filibuster. However, while Sinema is a co-sponsor of S.1, Manchin has said that he does not support it as currently written, and has not revealed whether he will vote to advance the bill Tuesday. (RELATED: McConnell Blasts Manchin’s Voting Rights Compromise)

Outside groups have pressured Sinema on her filibuster stance, releasing ads in her home state urging her to reverse course. Over 140 LGBTQ advocates wrote a letter to her on Monday calling on her to change her position in order to pass the Equality Act, even threatening to support a primary challenger if she refuses.

“If you refuse to do this, we will have no choice but to seriously consider whether our support for you, including financial donations, may better serve our community if directed to another Democrat who will use their power as a US senator to stand up for our rights,” the letter said.

0 6
Biden On His Struggles In Office: ‘I Didn’t Over-Promise, But I Have Probably Outperformed’