Here’s something I bet you did not see coming either – Lindsey Graham was actually right about something, in this case when he warned the malicious morons of the left about the terrifying consequences of their desire to eliminate a political opponent by framing him in a jurisdiction that is 95% Democrat and where every juror either is, married to, or having a tacky fling with, a Biden administration Deputy Assistant Under-Secretary of Agriculture for Yam, Potato, and Brian Stelter Affairs.

Lindsey Graham – an Air Force colonel who served his country, unlike the vast majority of the Ukraine flag-waiving, freshly-minted patriots of the Twitter left – told Fox News that “there literally will be riots in the street…I worry about the country” if President Donald Trump is indicted on some bullSchiff charge by the fully-fascist minions of President Kiddie Showers. Let’s leave aside that just a few months ago mostly peaceful protests were a moral imperative that even took precedence over COVID lockdowns, a sacrament of the prog establishment ranking just below infanticide. And let’s also leave aside how, suddenly, classified information – in this case, held by the guy who could declassify it on a whim – is now illegal to mishandle again. Let’s just cut to the chase – this is yet another ploy to frame Trump after multiple failed attempts to frame Trump.

The people trying to frame him know it.

And the left cheers it.

It is all so unbelievably dangerous.

This is a conspiracy to knock out one of Grandpa Badfinger’s political opponents, a shameless attempt to keep Americans voting on a candidate the establishment is terrified of that is accompanied by a symphony of caterwauling and croc tears about “Muh Democracy.”

Oh, it’s is about “Muh Democracy,” as in “Their Democracy.”

And the whining about Lindsey Graham pointing out the obvious, that this kind of banana republic shenanigan is destabilizing and threatens to provoke civil conflict, is designed for one purpose. That purpose is to place any discussion about the self-evidently foreseeable consequences of the regime’s litany of oppressions outside the range of permissible debate. Anyone with a glancing acquaintance with history – which excludes all the graduates of our allegedly prestigious universities (Tangent: Tax the endowments!) – understands that you cannot decide that half-the country, those “deplorables,” those “semi-fascists,” those “non-New Yorkers,” must be disenfranchised, then start doing it, and then expect them to just go along with it.

We just saw President Daddyshowers McDroolalot inform us that he’s going to set the F-15s on us uppity AR-packing patriots – right in time for the anniversary of his sorry behind getting chased out of Kabul by a much smaller number of degenerates with ancient AKs. But having him croak out this threat is part and parcel of the plan. Our garbage ruling class hates accountability and consequences for its misrule, so its solution to us pointing out the reality is to try to intimidate us into not speaking the truth about what lies down the road if they keep up doing what they are doing. Bravo Lindsey for telling it like it is despite their girlish moaning.

Pointing out the consequences of ruling caste’s trek to tyranny is not supporting or endorsing those consequences. It’s the opposite. Lindsey Graham is not cheering on riots. He’s warning of them. I had a similar experience with the invertebrate sissies of The Bulwark over my People’s Republic series of conservative action novels that warn about America divorcing into red and blue nations (Kelly Turnbull returns in Book VII, INFERNO, October 15, 2022, BTW!). Those simps claimed I was in favor of ripping the country apart even though only an idiot would take that away from the novels, and my new non-fiction book We’ll Be Back: The Fall and Rise of America even has a whole chapter on why a national divorce is a terrible idea (and why Father-of the-Year Joe’s ideas about how a civil war might go are as dumb as his ideas about everything else). But their point was to shut me up on behalf of their pinko masters, just like the left wanted to shut Lindsey Graham up, and just like they want to shut you up.

But we won’t shut up. We can’t. Because these idiots, these corrupt morons, are the wrecking country they inherited. Remember, they did not build this country into the greatest nation in human history – they were handed it. And like most trust fund babies, they are unworthy of their inheritance. They are bunch of marginally cleaner-shaven Hunter Bidens squandering their legacy as they huff hits of ideological meth.

These are bad people, and stupid people, and most of these coddled popinjays have never taken or given a punch. They think that they can preserve their power, position, and prestige by leveraging the wrath of the government to threaten, imprison and even kill their fellow citizens who refuse to comply, and that they can use their kept media to inflict social sanctions to keep the normal behaving. But it is an illusion. It can work for a little while, but their undermining of the system is planting the seeds of their own destruction. After all, the institutions operate because of the consent of the governed. In the absence of earned loyalty, people obey only because of inertia, and when it becomes clear to the normals that the game is rigged, the people will stop playing.

Oh, they can arrest some of us and cancel others, but this suppression of dissent is an information operation, not a kinetic one, despite Crusty’s babbling about F-15s. Its effect is solely to sow fear – logistically, they can never arrest (or worse) enough normals to prevail if we simply refuse to be afraid and obey. There are 35,000 FBI agents. There are more normals in just New Hampshire with hunting licenses.

We are far, far away from the line where violent resistance is justifiable, but every day the garbage elite seems determined to toss away another norm or rule that keeps this kind of catastrophe distant. If you go to a bar and find a big guy just minding his own business drinking a Coors and you push him, then push him again and again, at some point he will take a swing and out go your lights.

Does our ridiculous elite get this? They grew up in a “use your words” world. They felt the giddy thrill of their catspaws in Antifa and BLM burning down working people’s homes and businesses in 2020, but for them violence is theory. For a lot of normals – especially the ones who fought these establishment creeps’ disastrous wars over the last two decades – it’s practice.

These clowns ought to thank Lindsey Graham for drenching them with an ice-cold bucket of common sense. But they won’t. They can’t. They are manifestly unfit to rule, and the same stupidity that is risking the consequences Lindsey Graham warned about may well keep them from stopping themselves as they slouch toward an American apocalypse.

Conservatives Must Fight Back Against the Radical Left. Join Townhall VIP, Support Our Reporting, And Check Out Last Week’s Stream of Kurtiousness, Biden’s Student Loan Forgiveness Is a Terrible Move for the Democrats, and my podcast, Unredacted.

Get my just released non-fiction book We’ll Be Back: The Fall and Rise of America, but don’t forget my Kelly Turnbull series of conservative action novels set in America after a notional national divorce. The latest is The Split, but get all these action-packed bestsellers, including People’s Republic, Indian Country, Wildfire, Collapse, and Crisis! Plus, keep up the fight by joining Townhall VIP, including an extra Wednesday column, my weekly Stream of Kurtiousness video, and the Unredacted podcast! 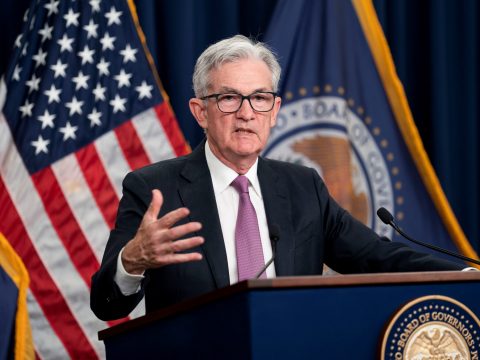 0 21
Ocasio-Cortez, Omar Roasted For ‘Pretending To Be Handcuffed’ After SCOTUS Arrests