Hurricane Katrina had nothing on the collective panty wetting by the regime media when Governor Ron DeSantis told a bunch of teens to divest themselves of their ridiculous face thongs. Apparently, older males teaching younger ones not to act like serfs is now “bullying” instead of exactly what should happen. Yeah, if there’s one thing America has too much of it is positive male influences on younger men. Now, if the Governor’s righteous chastisement constitutes bullying – which it doesn’t, but go with it – then let’s have more bullying.

On the other hand, the incident did lead to the spectacle of a prominent Lincoln Project member complaining that powerful adults should not use their position to force teens to bend to their will. Who saw that coming, right?

These are the kind of situations where you see who went to basic training and who did not. It’s all part of the toxification of manhood designed to undermine the kind of strength and discipline that, not at all coincidentally, provides a powerful bulwark – the defensive structure kind, not the cheesy blog kind – against feminized nanny fascism. Men are not born – they are made. And they are not made with just hugs and participation trophies. Nurturing is a woman’s task, and it is important. Men and women – which are the only genders – are both equally essential. But boys need to be introduced to the world of men, and it’s a tough world where there are expectations and failure is not excused. You earn your respect; you don’t get it because you deserve it in some cosmic sense. Fathers, coaches, drill sergeants – these are the impatient, insensitive, and tough role models who take little boys and turn them into men who can do things like kiss their families good-bye and send them to Poland while they pick up an AK-47 and go off to kill Russians.

Men fight for lots of reasons. One important one is so that the other men around them don’t think they are loathsome cowards. That’s a manifestation of what our garbage elite would call “toxic masculinity,” which is ironically what allows these frivolous clowns to flourish by keeping them physically safe. Congratulations, toxic males – you made the West safe for the woke, and they repay you with contempt and abuse.

Of course, this male mindset is anathema to the pampered prisses of the American ruling class that inherited a paradise that was built and bled for by better men and is defended by them still. But there is another reason they hate the world of men – the unyielding, harsh world of inflexible standards and high expectations that leaves little room for half-steppers and slackers. They can’t hack it. You look at the neuters of the coastal elite and you can see that they are frauds, Potemkin men (does using a Russian-derived analogy make you Putin’s pet?) with nothing backing up their Twitter bluster and MSNBCNN butchness. And they know it.

They know they don’t measure up, that they are not peers to the very people they seek to look down upon. Yeah, they may have credentials from all the right institutions, a bachelors from Yale or a resume with Bain and McKinsey gigs on it, but among men, that guy with a high school diploma and a DD214 is the one who earned respect instead of culturally inherited his social position.

Think of a world where a family without a father was the exception instead of the rule. Would America be better, or worse? Remember that one kid that DeSantis told to unmask? Did you see his smile as he tasted facial freedom? And his mother had him stand there in front of the cameras – in his obedience gag – behind her as she whined about how the Governor was so mean to her baby and risked his “safety” by letting him be free. He was mortified. And she was – as the nags, scolds, and Mask-olinis always are – unmasked.

Real bullying is taking delight in the pain of others. Teaching young men to be men – in this case, to demand their freedom from arbitrary and ridiculous mandates by power-mad functionaries – is something different. You know who were the best drill sergeants in basic training (and the opportunity for all young men to go through that crucible is the only argument I find compelling with regard to peacetime mandatory national service), or the best TAC officers at Officer Candidate School? The guys who thought the yelling and berating part was distasteful but necessary. They did not get off on it (we all knew the ones who did, and despised them). Instead, they did it because they wanted to make us into soldiers, the way soldiers have been made for thousands of years.

Telling the truth is not “bullying.” Directing proper actions is not “bullying.” Telling people to shape up is not “bullying” any more than mutilating the perfectly healthy genitals and breasts of children to conform to the delusion created by gender dysphoria is “medical care.” But if the establishment wants to torture the English language and try to jam this round peg of perfectly proper and absolutely essential direction and guidance into the square hole of bullying, then fine. Then it’s bullying, and our society would be a hell of a lot better if we had a hell of a lot more of it.

Conservatives Must Stand Together and Fight. Join Townhall VIP. And Check Out Last Week’s Stream of Kurtiousness, Democrats Try to Rewrite the Rules on Attorney-Client Privilege…Let Them. And my podcast, Unredacted.

Pre-order my upcoming non-fiction book We’ll Be Back: The Fall and Rise of America, and also get my Kelly Turnbull conservative action thriller series that shows what happens if America splits into red and blue countries after going down the kind of path our real-life ruling class has chosen. The sixth, The Split, is now out, but get all these action-packed bestsellers, including People’s Republic, Indian Country, Wildfire, Collapse, and Crisis!

All copyrights and legal uses attributed to content are located at the article origination: The Bongino Report Kurt Schlichter: If Telling People to Shape Up Is Bullying, Then America Needs More Bullying 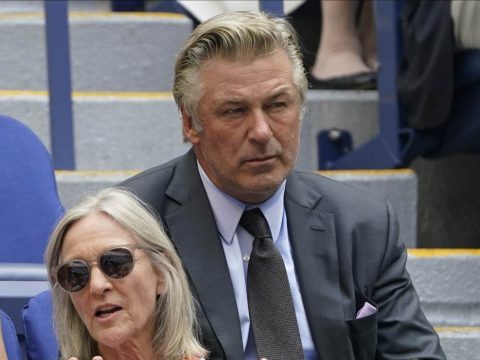 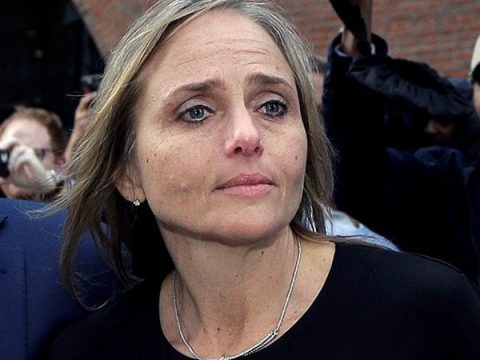