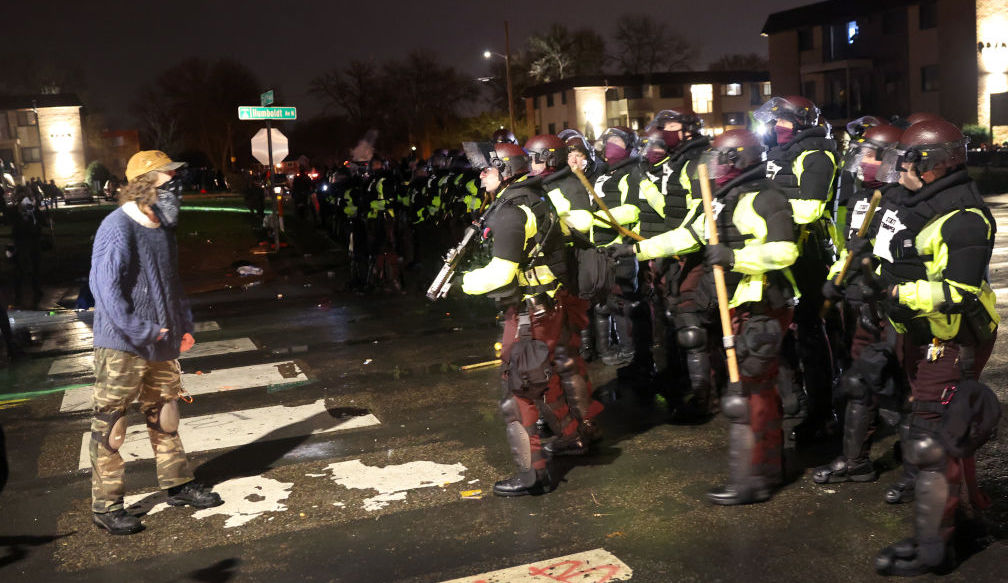 Kim Potter, 48, the Minnesota police officer who was identified as the person who fatally shot a 20-year-man after he tried to resist arrest, resigned from her job Tuesday.

“I have loved every minute of being a police officer and serving this community to the best of my ability, but I believe it is in the best interest of the community, the department, and my fellow officers if I resign immediately,” wrote Potter.

Potter’s resignation comes only days after she fatally shot Daunte Wright, 20, during a traffic stop on Sunday. Police officials said Monday that they believed the officer meant to fire her taser when she shot Daunte with her gun; Body camera footage released by the police department shows Potter repeatedly yelling “taser!” before shooting him.

“Holy shit, I just shot him,” she was recorded as saying after firing her gun.

Brooklyn Center Police Chief Tim Gannon, who believes the shooting was unintended, said officers are trained to yell “taser” before firing. “As I watch the video and listen to the officer’s commands, it is my belief that the officer had the intention to deploy their Taser, but instead shot Mr. Wright with a single bullet,” he said, reports ABC News.

As The Daily Wire previously reported, unrest broke out in the area beginning on Sunday:

Following the incident on Sunday afternoon, hundreds of rioters attacked police cars and a police station while looters ravaged nearby businesses. The National Guard was later deployed to help stop the rioting in the city that was devastated by violent riots last year that cost well into the hundreds of millions of dollars.

The suspect’s mother said that she was on the phone with him when the incident happened and that she heard police tell her son, “Daunte, don’t run.”

The unrest picked up again on Tuesday night, when multiple agencies stepped in to try and keep calm and order in the area, including the Minnesota National Guard, the Minnesota state police and local police departments.