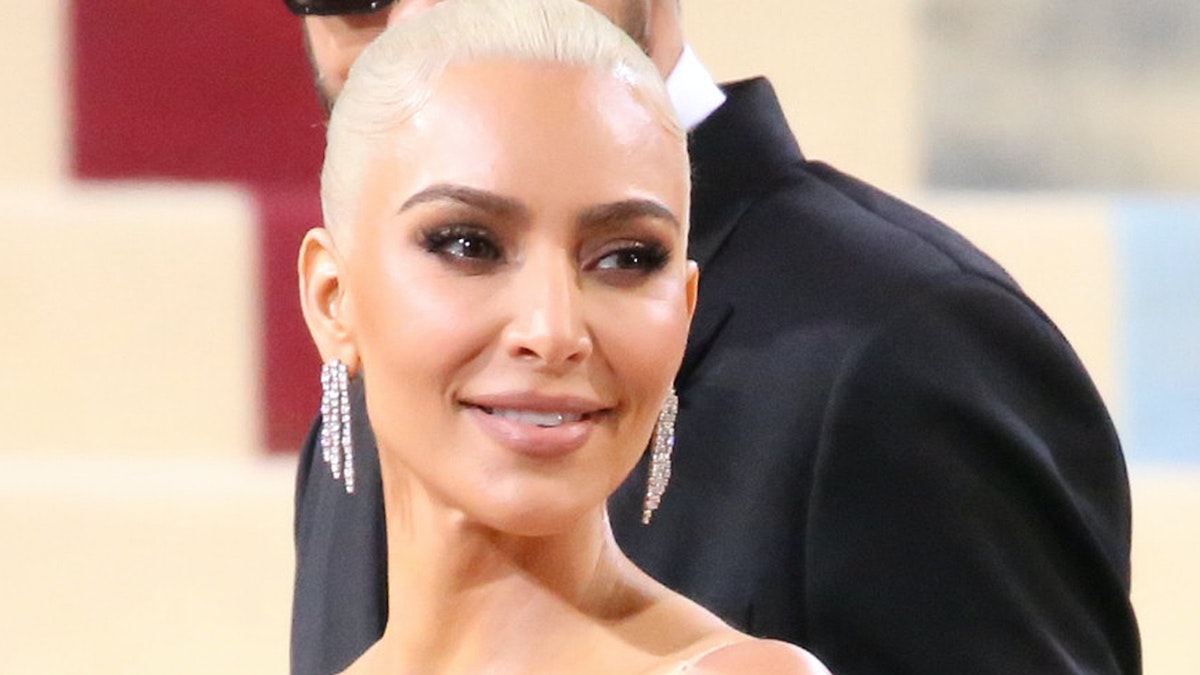 The 41-year-old reality star definitely got everyone’s attention when she showed up in the sparkling, translucent sleeveless form-fitted gown embellished with more than six thousand crystals in the dress worn by Monroe when she famously sang “Happy Birthday, Mr. President” to JFK, reported Vogue.

“The Kardashians” star completed the look with platinum blonde hair in a tight bun, jewelry, high heels, and a little white coat.

“The idea really came to me after the gala in September last year,” Kardashian shared. “I thought to myself, what would I have done for the American theme if it had not been the Balenciaga look? What’s the most American thing you can think of? And that’s Marilyn Monroe.”

“For me the most Marilyn Monroe moment is when she sang ‘Happy Birthday,’ to JFK, it was that look,” she added. “Nowadays everyone wears sheer dresses, but back then that was not the case. In a sense, it’s the original naked dress. That’s why it was so shocking.”

The reality star shared several photos on her Instagram account of her in the iconic dress. She captioned her post, “Met Gala — In America: An Anthology of Fashion. I am so honored to be wearing the iconic dress that Marilyn Monroe wore in 1962 to sing ‘Happy Birthday’ to President John F. Kennedy. It is a stunning skintight gown adorned with more than 6,000 hand-sewn crystals by costumier Jean Louis.”

“Thank you Ripley’s Believe It or Not!” she added. “For giving me the opportunity to debut this evocative piece of fashion history for the first time since the late Marilyn Monroe wore it. I am forever grateful for this moment.”

The outlet noted that the “Some Like It Hot” star originally paid Jean-Louis $1,440 for the custom gown. It was sold at auction in 1999 with part of her estate for more than a million dollars. In 2016, it went for $4.8 million at Julien’s Auctions before it was acquired by Ripley’s Believe It Or Not Museum. It holds the record for being the most expensive dress ever sold in an auction.

“I’m a big fan of auctions and I own several JFK pieces so I know the owner of Julien’s,” Kardashian explained. “He was able to connect me [with Ripley’s] and that’s how the conversation started.”

Before she got to borrow the dress, Kardashian said she had a fitting of a replica of the gown, and it fit perfectly. However, when the actual dress arrived via private plane and was “transported by guards,” things didn’t go as planned.

So, Kim said there was only one plan to fit the dress, which was to be strict with herself.

“I would wear a sauna suit twice a day, run on the treadmill, completely cut out all sugar and all carbs, and just eat the cleanest veggies and protein,” Kardashian explained. “I didn’t starve myself, but I was so strict.”

And after all that work, the dress fit. But due to the historic nature of the dress, Kardashian only wore it for a few minutes.

“I’m extremely respectful to the dress and what it means to American history,” Kardashian shared. “I would never want to sit in it or eat in it or have any risk of any damage to it and I won’t be wearing the kind of body makeup I usually do. Everything had to be specifically timed and I had to practice walking up the stairs.”

All copyrights and legal uses attributed to content are located at the article origination: © Daily Wire, Kim Kardashian Hits Met Gala In Dress Worn By Marilyn Monroe When She Sang ‘Happy Birthday, Mr. President’ To JFK 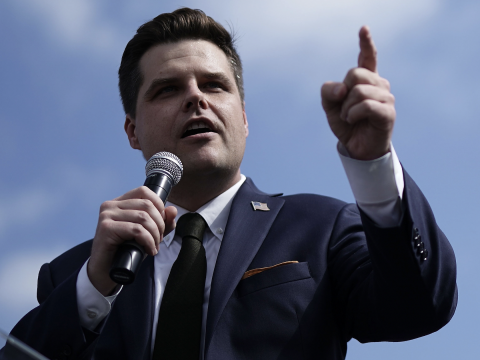 0 55
‘I See The Impact On Our Readiness’: Matt Gaetz Pushes To Reinstate Service Members Dismissed Over The COVID Vaccine