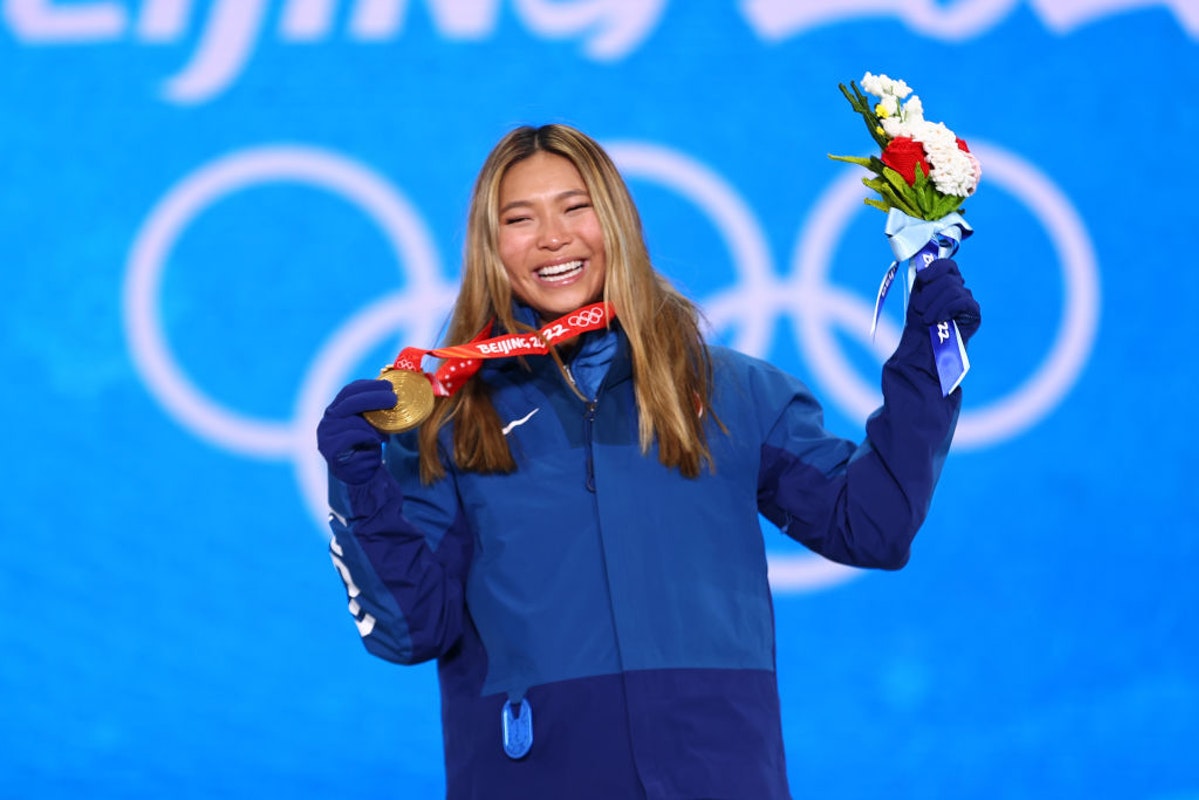 The United States Olympics team is picking itself off the mat.

In the first few days of Olympic events at the 2022 Winter Olympics in Beijing, the U.S. team had not secured a single gold medal, seemingly an afterthought as the 2022 Games became more about politics than sport.

Thursday in Beijing, the U.S. team got back to its winning ways.

Snowboarding star Chloe Kim won her second straight gold medal in the women’s halfpipe, scoring a 94 on her first run, and becoming the first American woman to win two gold medals in the halfpipe event.

“Not to discount any of these riders, but she has a bag of tricks that not anyone else does,” Rick Bower, Kim’s coach, said. “And she showcased that in her first run.” The victory felt less like a coronation for Kim, now 21, but a personal comeback of sorts. The lingering question as she scooted away was what happens next.

“Now that I’ve grown up a little more and I understand boundaries, and I have an amazing therapist, I think it’ll make the journey a lot more doable for me,” Kim said.

With her incredible score of 94 on her first run, Kim attempted to go big on her next two attempts, but fell both times.

“[Progression] is so important and after I put down the first run, I got two attempts at landing the cab 1260. I’m super proud of myself for going out and trying to do it,” Kim said. “I’m looking forward to being able to land it at the next one … Now I’m so eager to see my family, my boyfriend, my dog. Then I will feel all the feelings and be proud of myself.”

“It means the world. I’m just so happy,” Chen said following the win, adding there were “too many emotions to process”.

“It’s a whirlwind right now,” Chen continued. “I had a blast out there.”

Good morning to everyone but especially to Olympic champion NATHAN CHEN. 👑pic.twitter.com/5dxRkP2anm

Chen claimed the gold days after setting the world-record score with the highest score in the history of the short program, getting a score of 113.97 from the judges. Chen landed a triple axel and two quadruple jumps in his routine, vaulting the American to the top of the leaderboard.

Chen’s performance was a massive rebound from his disastrous result at the 2018 Winter Games in Pyeongchang, where he was the favorite to win the gold medal but finished in fifth place.

“I think that looking back in 2018, all I could think about was skating and not being able to, obviously, skate well. So I want to definitely be able to embrace the Games in a different way,” Chen told People prior to the start of the Olympics.

“It’s so easy to fall into the trap of being like, ‘Oh my gosh, the pressure’s building. Everything’s so stressful. Everything’s so scary,’ ” Chen continued. “I think that feeling in that way isn’t necessarily a bad thing all the time, but just being able to remind yourself like, yes, this is a pretty stressful time, but at the same time, there’s a lot more to life. There’s so much more than this individual competition, than this one shot.”

0 9
Fmr. Obama Econ. Adviser Goolsbee: We'll 'Have to Just Bull Through' 'the Worst' of Inflation, Impact of Releasing Oil Reserve Will Be Marginal

0 2
Over 3,000 Illegal Migrants Land in March, with Nearly 400 Arriving on Monday Alone