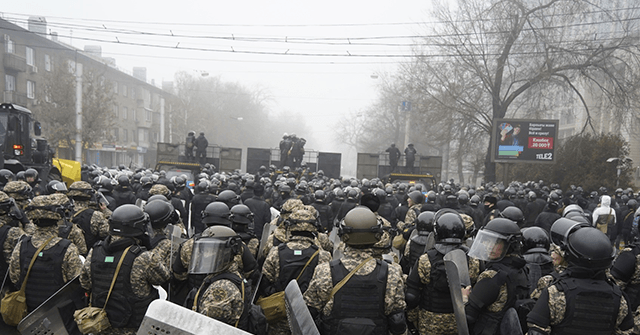 Kazakhstan’s fuel riots escalated dramatically on Wednesday, as dozens of police and protesters were killed in street battles across western Kazakhstan and Almaty, the nation’s largest city.

More chaotic footage from Kazakhstan seeping out on Telegram. This purportedly from Aktobe – car driving into a line of riot police. Don’t know the original source unfortunately. pic.twitter.com/3BEKlZMKIs

Protests in Kazakhstan began after the government increased the price of fuel on January 1, doubling the price of fuel for vehicles. Kazakhstan is heavily reliant upon liquefied petroleum gas (LPG) products such as butane and propane. The country is rich in oil, but exports most of its products because selling to foreign customers is more lucrative than servicing the domestic market.

Outrage over these price hikes uncorked an explosive mix of other resentments, including allegations of corruption and political repression against the government headed by President Kassym-Jomart Tokayev.

Tokayev became president in a very questionable snap election in 2019 and has faced challenges to the legitimacy of his administration ever since. He is the handpicked successor to Soviet strongman Nursultan Nazarbayev, who ruled with an iron first for three decades and still retains enormous power behind the scenes at 81 years of age. Members of Nazarbayev’s family also command a great deal of wealth and power in Kazakhstan.

“Under Nazarbayev and his successor, a small elite have amassed enormous wealth, while life for many ordinary Kazakhs is still hard-going, particularly in the resource-rich west of the country. Rare protests have been ruthlessly crushed, and the regime faces no real opposition in parliament,” the UK Guardian noted Wednesday.

Protests grew increasingly larger, more energetic, and more disruptive each day this week. Government security forces shut down the Internet on Tuesday and deployed tear gas and stun grenades against protesters. Demonstrations continued despite a two-week curfew and a ban on mass gatherings.

Almaty was the capital of Kazakhstan until 1998, which explains why so many large government buildings are available for protesters to storm. The capital was moved to Aqmola (“white grave,” an allusion to its formidable winter weather) which was quickly renamed Astana (literally, “capital”). Astana was renamed again in 2019 to “Nur-Sultan” to honor the outgoing dictator. It will most likely be renamed again, if the protesters get their way.

Tokayev gave a belligerent address on Tuesday night, railing against “destructive individuals who want to undermine the stability and unity of our society” and stressing that “all calls to storm or attack government buildings are absolutely illegal.”

Tokayev described the protesters as paid foot soldiers in a coup attempt organized by foreign powers, and vowed he would not relinquish power or flee the country. However, he said he was willing to meet with protest leaders to discuss their grievances.

On Wednesday, the entire government except for President Tokayev resigned. Tokayev appointed a slate of acting ministers and ordered them to reverse the much-reviled gas price hike, but the crowds were not mollified. Protesters greeted the news by chanting “Old man, go away!” – by which they meant both Tokayev and his puppet master Nazarbayev.

“There is complete anarchy in the street,” a resident of Almaty remarked to Reuters, while watching a band of demonstrators pass around bottles of vodka and debate which buildings they wanted to loot next.

On Thursday, the government reported 12 police killed in street battles and 353 injured. Russian news service Interfax quoted Kazakh state media claiming one of the slain police officers was beheaded. Another report said 13 officers were killed and two of them were beheaded.

A police spokeswoman said “dozens of attackers were liquidated” while trying to force their way into government buildings in Almaty. At least a thousand other civilians were injured, about 400 of them severely enough to require hospitalization.

Military in #Almaty on the square in front of the city Hall. pic.twitter.com/lXUwhRro8V

Local media said it was unclear if Russian troops participated in the clashes that left so many protesters dead and injured, but photos from Almaty show unidentified personnel in military battle dress firing their weapons.

The Collective Security Treaty Organization (CSTO), an alliance dominated by Russia but currently presided over by Armenian Prime Minister Nikol Pashinyan, said its troops would remain in Kazakhstan for a limited time to “stabilize and normalize the situation.” Kazakh police advised Almaty residents to remain indoors while a large-scale “counter-terrorist” operation was conducted.

Human rights monitors told the BBC on Thursday it was disturbingly difficult for them to assess the situation in Kazakhstan because a “nation-scale Internet blackout” has been imposed.

The BBC cited reports that some security officers appear to have sided with the protesters, raising the possibility of armed conflict. Many reports of security troops switching sides come from Nur-Sultan, which is currently under a state of emergency.

The Russian Foreign Ministry on Thursday warned other governments not to interfere in Kazakhstan.

“We view the recent events in a friendly country as an attempt to undermine the security and integrity of the state by force, using trained and organized armed formations, that is inspired from the outside,” the Foreign Ministry said, echoing Tokayev’s allegations of foreign powers masterminding a coup against him. 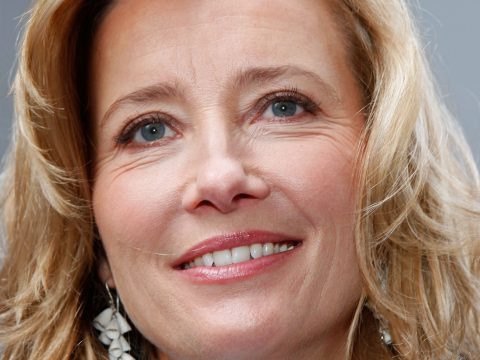 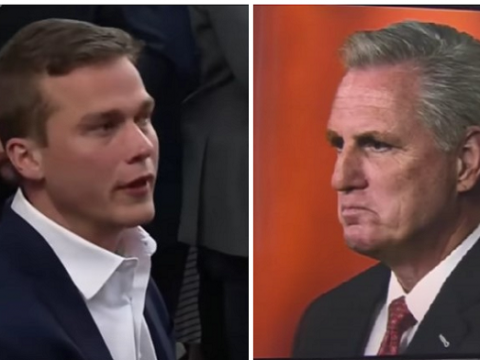