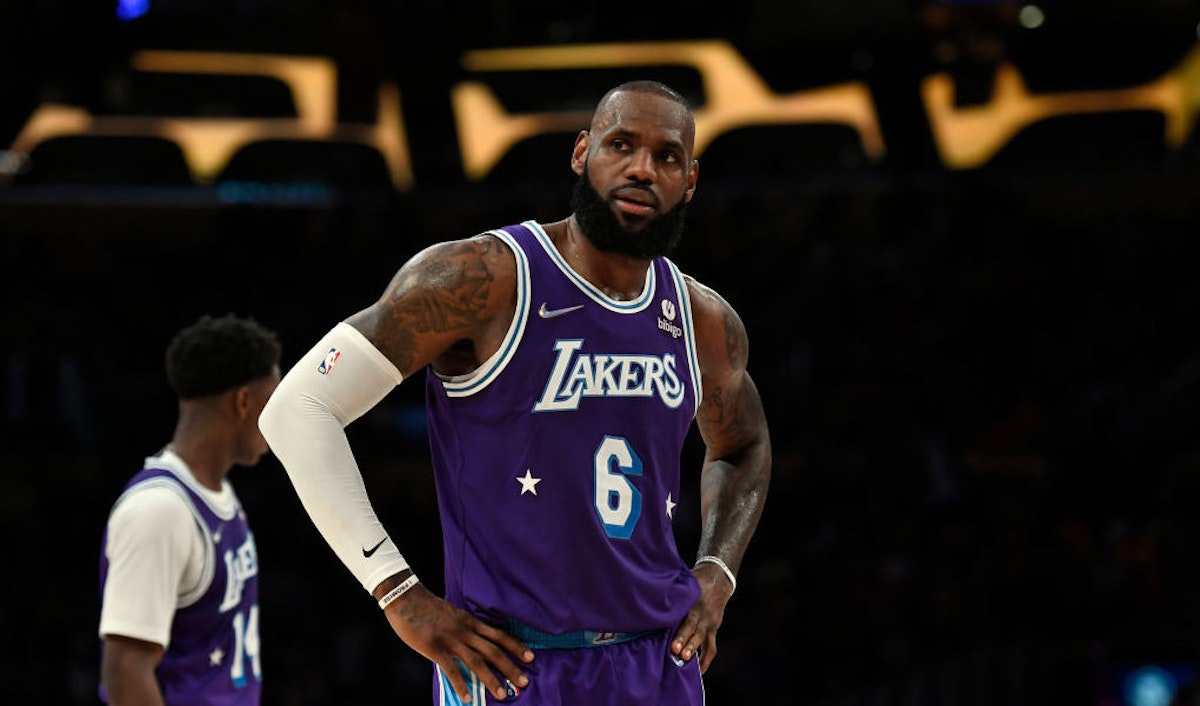 The NBA’s all-time leading scorer has never been afraid to criticize the current face of the league — LeBron James.

On Sunday, Kareem Abdul-Jabbar once again went after James, saying that some of James’ past actions have been “beneath him.”

“Some of the things he’s done and said are really beneath him, as far as I can see,” Abdul-Jabbar said according to ESPN. “Some of the great things that he’s done, he’s standing on both sides of the fence almost, you know? It makes it hard for me to accept that when he’s committed himself to a different take on everything. It’s hard to figure out where he’s standing. You’ve got to check him out every time.”

In November, James was fined $15,000 for his “obscene gesture” after hitting a late three-pointer against the Indiana Pacers. Abdul-Jabbar was not impressed, calling the move “childish” in a video posted to Substack.

​​“LeBron James faced a double whammy this past couple of weeks with his first ever suspension after his elbow clipped Detroit’s Piston Center Isaiah Stewart. Stuart’s attempted retaliation cost him a two game suspension,” Abdul-Jabbar said. “Then last week, LeBron was fined $15,000 for doing a big balls dance after the Lakers win over the Pistons.”

In December, Abdul-Jabbar ripped James for posting a meme to social media which appeared to question COVID-19, seemingly comparing it to the cold and the flu. Abdul-Jabbar responded by penning a letter to James, titled “Dear LeBron: Here’s the COVID-19 Help You Requested in Your Spider-Man Meme.”

In the letter, Abdul-Jabbar accused James of giving “support to those not getting vaccinated, which makes the situation for all of worse by postponing our health and economic recovery.” Kareem referenced James’ 106 million followers on Instagram, saying that the amount of people who follow James makes his post “politically impactful.”

“By posting the uninformed meme, LeBron has encouraged vaccine hesitancy which puts lives and livelihoods at risk,” Abdul-Jabbar wrote after citing that unvaccinated individuals are more likely to be hospitalized and die from COVID-19 complications.

Abdul-Jabbar called on James, who has been a vocal advocate for the social justice movement, to also advocate for vaccines.

“One way to help the Black community to overcome their hesitancy and save lives is for prominent Black celebrities and influencers to continue to encourage everyone to get vaccinated and their boosters,” Abdul-Jabbar wrote. “Immunization, whether from vaccines or having had the disease, lessens over time and makes people vulnerable for reinfection.”

“While LeBron is a necessary and dynamic voice critical of police brutality against the Black community, he needs to be the same necessary and dynamic advocate with vaccines, which could save thousands of Black lives right now. The racism is just as real—and just as lethal—in both cases,” he added.

On Sunday, Abdul-Jabbar gave credit to James for the work he’s done off of the court, such as providing a path for kids to attend college, but he reiterated that he has not been pleased with some of the things James has done in the past, while also saying that he’d love to speak with James about social issues.

“I wouldn’t mind doing it if he would take the time. I definitely got the time,” Abdul-Jabbar said, according to The L.A. Times. “I admire the things that he’s done that have gotten all our attention. Sending a whole school to college? Wow. That’s amazing. His thoughtfulness and willingness to back it up with his wallet, you got to give him credit for that.”

“So I’m not throwing stones,” Abdul-Jabbar continued. “I just wish he wouldn’t — you know, some of the things he’s done, he should be embarrassed about. That’s just where I’m coming from.”

Abdul-Jabbar made the comments to reporters prior to the Los Angeles Lakers versus Denver Nuggets game on Sunday, as he presented Carmelo Anthony with the NBA’s Social Justice Champion trophy for the 2020-2021 season.

Later on Sunday, Abdul-Jabbar hopped on Twitter to say that he regretted his “off-handed response.”

“Today a reporter asked me a question about Lebron James and I regret my off-handed response which has been blown out of proportion,” Abdul-Jabbar posted to Twitter. “For years I’ve expressed my deep admiration and respect for LeBron as a community leader and athlete. That hasn’t changed and never will.”

Today a reporter asked me a question about Lebron James and I regret my off-handed response which has been blown out of proportion. For years I’ve expressed my deep admiration and respect for LeBron as a community leader and athlete. That hasn’t changed and never will. –@kaj33 https://t.co/QEWed5YovX

In an email to the Times, Abdul-Jabbar explained his earlier remarks.

“On occasion I have chided LeBron when I thought he was dropping the ball when it came to supporting the community,” Abdul-Jabbar wrote. “But I did so in the spirit of a loving older brother offering guidance, whether wanted or not. So, when I said that he has done some things he should be embarrassed about, that wasn’t a slam or a barb or even a finger wag, it was me recapping some of what I’d said in the past. The Sports Illustrated article was an homage to LeBron for winning the Muhammad Ali Legacy Award for his role in social activism. So, when I think he may be veering from the path that made him win that award, I’ll mention it. I’m a journalist. That’s what I do. But I believe LeBron is strong enough and gracious enough to understand that I have only love for him in my heart.”

James did not play in the Lakers 129-118 loss to the Nuggets on Sunday, sitting out due to an ankle injury.