It’s Jussieversary! That special time of year when we remember the man who took one of the biggest L’s in hoax history. Three years ago tomorrow, Jussie (pronounced “Juicy”) was ATTACKED (Narrator: He wasn’t) in the dead cold of night while getting a sandwich and some smokes. Every year, this date rolls around and we remember the man not just for the mistakes he made — and he has made a lot of mistakes — but for the memes he gave us.

The other day I asked a few friends what they thought the funniest and most obvious mistake was. With so many to choose from, I decided I’d do the internet a favor and rank the former Mighty Duck’s ten biggest mistakes from his hate crime hoax performance.

Yep, he said that. What does it mean? No one knows. He said it at a concert after referencing his fight with the “attackers.” Anyone comparing themselves to the very much alive Tupac Shakur obviously has an inflated ego. He thinks quite highly of himself which is precisely what set this all in motion: the idea that he wasn’t appreciated enough. I wonder who the trans Tupac is…

Sidenote: Tupac is Kamala Harris’s favorite rapper, maybe that’s why she was so quick to retweet Jussie’s lie. “All Liez on Me.”

Paying your hoax actors $3,500 by check is an amazing move. Is there anything more traceable? Why not video tape himself handing them cash with a note that says “hoax payment” on it? A dope selfie video of him handing a novelty size check to the hoax actors? At least the memo line didn’t say “Fake Attack Payment.”

Lost in all the chaos of this ridiculous hoax is the fact that before this happened, Jussie allegedly sent himself a racist letter.  Yeah, you forgot about that didn’t you? It’s fine, so did I.  But imagine being so desperate for attention that you send yourself a letter, then when that doesn’t get you the attention you want, you plan out an entire attack.  This must be the progression of hoaxers: they start small and build up to the real deal. Like serial killers starting off with the neighborhood cat.

This whole ordeal came about because Jussie felt he wasn’t appreciated as an actor. And it totally collapsed on him because he is such a bad actor. The performance he gave while being interviewed by Robin Roberts — where he cries and talks about being angry that no one believes him — was not convincing. But, of course, the whole game was set up to be able to call anyone who didn’t believe him a racist homophobe. I mean pick one or the other, right?

In a Hollywood landscape that says only a trans person can play a trans person, you’d think Jussie would’ve been woke enough to not appropriate culture in his projects. Also, quick note, the security footage of the actors buying their supplies at a liquor store is hilarious and as the director of this production, Jussie really should’ve done a better job scouting locations.

I’m going to keep this brief. This was a jump the shark moment. Wardrobe on this production dropped the ball for sure. The fact that the noose was involved in this performance at all was a mistake, but Jussie wearing the noose all the way home and leaving it on until the cops showed up was a whole other level. Seriously, there should’ve been a wardrobe change before they shot the body cam scene at Jussie’s apartment. Fake Noose.

This is a pretty broad stroke, but you never want to be the butt of a world famous comic’s joke. Jussie will never recover from Chappelle’s stand up. He will forever carry the French name “Juicy Smolyay” and the shame that goes along with it. If you haven’t seen the Chappelle bit move the rock that you’ve been living under and go watch it. You’ll thank me later.

This is simple. Don’t eat at Subway. And if you do, for goodness sake don’t get the tuna. I mean is there anything nastier during a blizzard than mass-produced tuna. I don’t call

0 5
German Reporter Asks U.S. Defense Secretary If Intelligence on Russia Can Be Trusted 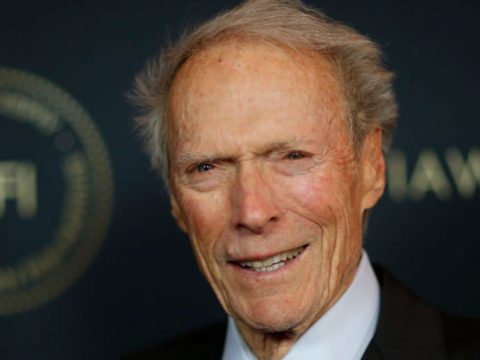 0 87
FACT CHECK: No, Clint Eastwood Did Not Make This Statement About Democrats