In this image taken from video, defense attorney Eric Nelson, left, and defendant former Minneapolis police officer Derek Chauvin listen as Hennepin County Judge Peter Cahill presides over pre-trial motions, prior to continuing jury selection, Monday, March 15, 2021, in the trial of Chauvin at the Hennepin County Courthouse in Minneapolis, Minn. Chauvin is charged in the May 25, 2020, death of George Floyd (Court TV/Pool via AP)

Jury selection continues in the trial of Derek Chauvin, the former Minneapolis police officer charged in the death of George Floyd. The process of seating jurors resumed Monday after half of the jury was chosen last week.

The judge in the case, Peter Cahill of Hennepin County, reinstated the third-degree murder charge against the former officer. Meanwhile, the city of Minneapolis approved a record $27 million settlement for Floyd’s family in a civil lawsuit over his death.

BREAKING: City of Minneapolis announces record $27 Million settlement with the family of George Floyd while jury selection has not even finished in the trial of Derek Chauvin

On Monday, Chauvin’s defense attorney,Eric Nelson, said he believes the settlement will unfairly influence potential jurors in the case.

“I am gravely concerned with the news that broke on Friday, relevant to the civil settlement in this case,” stated the defense attorney. “This is by my count notwithstanding all of the high-ranking state officials that made comments at the onset of this entire situation, but by my count this is the third highly prejudicial and incredibly prejudicial press leak or press release that has very suspicious timing to say the least.”

BREAKING: Derek Chauvin lawyers move for change of venue after City of Minneapolis awards $27 Million to George Floyd family before any trial

The defense team has now requested a delay in proceedings due to the settlement. Opening arguments in the case are set to begin March 29. 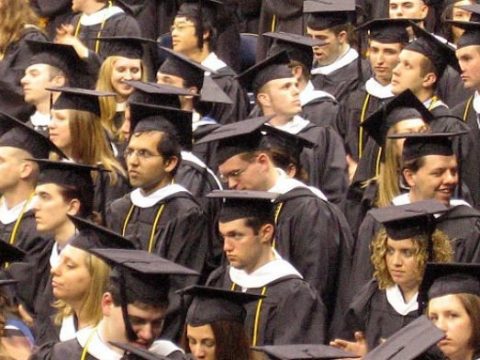 0 42
Feds Pay $100k to Train Students on Making Them “Agents of Charge” in “Diversity, Equity, Inclusion”