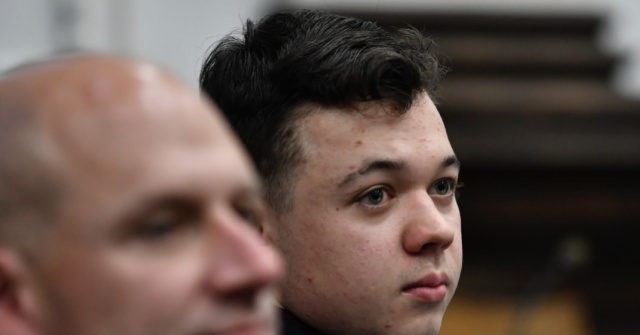 The jury in the murder trial of Kyle Rittenhouse will begin its deliberations at 9:00 a.m. CST in Kenosha, Wisconsin, on Tuesday after a ten-day trial that ended with a day of closing arguments by the prosecution and the defense on Monday.

The jury will consider two charges of first-degree murder, with the ability to convict on “lesser included offenses.” It will also consider two charges of reckless endangerment, and one charge of attempted murder. A curfew violation charge was dropped earlier in the trial, and the judge tossed a weapons charge Monday after prosecutors agreed Rittenhouse had not broken the law.

It is unclear how long the jury will deliberate; it could return a verdict as early as Tuesday morning.

The prosecution spent much of its closing argument behaving as a team of defense lawyers, attempting to poke holes in the defense’s argument that Rittenhouse had acted in self-defense when he shot and killed two rioters and wounded another on August 25, 2020, during Black Lives Matter riots that wracked the city after false reports the police had shot and wounded an unarmed black man, Jacob Blake Jr. (Blake was later found to have been armed with a knife while resisting arrest.)

At several points, the prosecution argued that the mob who chased Rittenhouse that night had the “right” to do so, and was full of “heroes.” They also said that Rittenhouse provoked the attacks because he was armed and appeared to be an “active shooter,” and that he therefore forfeited the right of self-defense, and should have let the crowd beat him rather than firing.

The defense said that Rittenhouse did not have a legal obligation to be beaten in the streets of Kenosha and risk his life. It also pointed out that media reports that Rittenhouse was a “white supremacist looking for trouble” were false and that there was never any evidence to substantiate those claims (which were made by then-candidate Joe Biden, among others.)