A journalist who met with Chinese tennis champion Peng Shuai – who disappeared from the public spotlight in November after accusing the former head of the Chinese Olympic Committee of rape – told the Associated Press (AP) on Tuesday that the resulting interview itself was “propaganda.”

Marc Ventouillac met Peng in person in Beijing alongside colleague Sophie Dorgan for an interview published on Sunday in the French sports magazine L’Equipe. The reporters admitted in publishing the answers that the Chinese government demanded to see the questions before agreeing to the interview and that a Communist Party chaperone was present for the entire event. The Party handler translated Peng’s answers and the magazine did not print a Chinese written language version of them, so the answers are the government’s version of what she said. Without the raw answers in Mandarin, assessing the accuracy of that translation is impossible.

Peng disappeared in November after publishing a long update on Weibo, a Chinese government-controlled social media site, accusing former Chinese Olympic Committee leader Zhang Gaoli of forcing her to have sex with him. The post then confessed a consensual affair and suicidal thoughts. It disappeared from the site less than an hour after being posted and Peng herself soon followed suit. 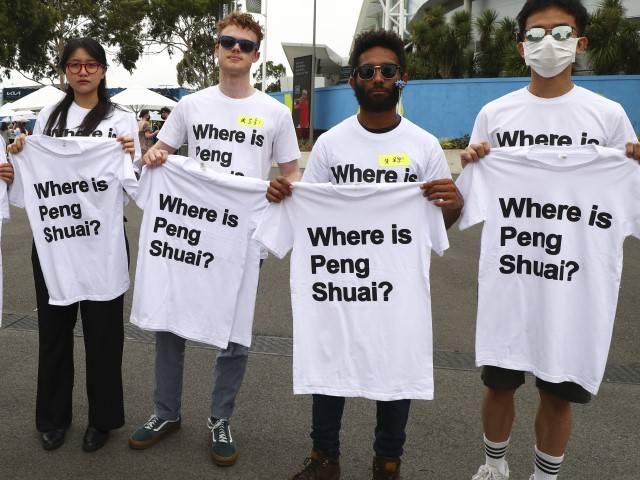 Peng resurfaced weeks later in Chinese state media claiming that her public Weibo post was a “private” matter and that she had never accused anyone of sexual assault.

In the interview with L’Equipe, the government handler claimed that Peng insisted that she “never disappeared” and never accused anyone of sexual assault. The government translator claimed that Peng also expressed a bizarre newfound love of winter sports and enthusiastically promoted the 2022 Beijing Winter Olympics, which human rights groups around the world have condemned as an attempt to normalize genocide.

Ventouillac told AP he did not believe the L’Equipe interview conveyed the message he believed the Chinese Communist Party was trying to send: that Peng was safe, free to speak her mind, and suffered no government retribution for accusing a senior Party official of rape.

“It’s a part of communication, propaganda, from the Chinese Olympic Committee,” he said.

“It’s important, I think, for the Chinese Olympic Committee, for the Communist Party and for many people in China to try to show: ‘No, there is no Peng Shuai affair,’” Ventouillac explained. His interview was an attempt on their part, he continued, to show “‘OK, there is no problem with Peng Shuai. See? Journalists (came), they can ask all the questions they wanted.’”

“She answered our questions without hesitating — with, I imagine, answers that she knew. She knew what she was going to say,” he assessed. “But you can’t know whether it was formatted or something. She said what we expected her to say.”

The journalist added that Peng appeared nervous and hesitant when answering questions about her rape accusations, which she now denies.

“We started by asking questions about tennis because that’s her domain, her field. It’s not controversial. It helped her relax, unwind,” he narrated. “We then got to the questions about the ‘Peng Shuai affair’ itself and there, my sense from her looks — and my colleague Sophie had about the same impression — was that she was being more attentive, becoming more nervous. A raised eyebrow. A squint. So she was being careful with the questions and also, I think, careful with her responses.”

Peng’s original Weibo post was addressed to Zhang, though it was posted as a public update, and narrated a story that ended with Peng saying Zhang “forced” himself on her. Much debate over her meaning centers around the translation of the Chinese text for the word “forced,” though most translations agree that the word clearly indicates coercion, not consent.

In the L’Equipe interview, the Chinese regime handler claimed that Peng was confused as to why her post worried anyone.

“I would like to know: why such concern? … I never said anyone sexually assaulted me,” the government official claimed she said. “There was a huge misunderstanding in the outside world following this post. I don’t want the meaning of this post to be twisted anymore. And I don’t want any further media hype around it. Sexual assault? I never said anyone had sexually assaulted me in any way.”

The Communist Party chaperone claimed that Peng insisted that the post disappeared because she personally “wanted to” delete it, not because the government censored it.

Peng has made multiple appearances at ongoing Winter Olympics competitions, most recently on Tuesday at a cross-country skiing event. 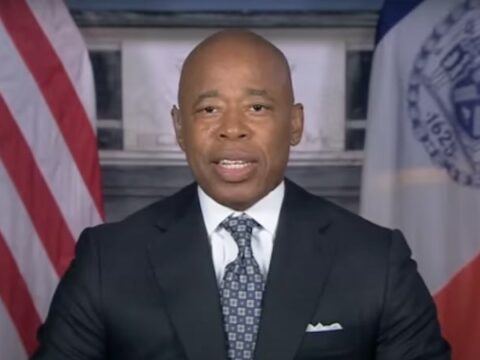