Actor John Travolta responded Monday to the death of Olivia Newton-John, with whom he co-starred in the 1978 hit movie “Grease,” in a heartfelt post on social media.

Newton-John’s family said that she passed away at her ranch in Southern California after her most recent battle with breast cancer. She was 73.

“My dearest Olivia, you made all of our lives so much better,” Travolta wrote on Instagram. “Your impact was incredible. I love you so much. We will see you down the road and we will all be together again. Yours from the first moment I saw you and forever! Your Danny, your John!”

Newton-John was diagnosed with breast cancer several times throughout her life. She was first diagnosed in 1992 and beat it. The cancer later came back in 2013, went into remission, and then came back a third time in 2017.

Newton-John was born in Cambridge, England in 1948 and later moved to Australia when she was five. She was in a band and appeared on local television stations while living in Australia.

Newton-John quickly became a hit after transitioning from being a country music singer to a pop singer, which landed her multiple top-10 hits in the U.S., including, “Let Me Be There,” “I Honestly Love You,” “Have You Never Been Mellow,” “You’re the One That I Want,” “Magic,” and “Physical.”

Newton-John was best known for her role as Sandy in the hit 1978 movie “Grease” alongside actor John Travolta. Her website states that the movie remains “the most successful movie musical in history.”

“Olivia Newton John has been a staple in the entertainment industry for decades, during which time she publicly shared her journey with Breast Cancer,” the National Cancer Institute tweeted. “We send condolences to her family.”

Actress and singer Dionne Warwick tweeted, “Another angelic voice has been added to the Heavenly Choir.”

“Not only was Olivia a dear friend, but one of the nicest people I had the pleasure of recording and performing with,” Warwick added. “I will most definitely miss her. She now Rests in the Arms of the Heavenly Father.”

“Too young to leave this world,” Barbra Streisand wrote. “May she RIP.”

“We have lost a great, iconic artist in Olivia Newton John, gone too soon from us at age 73, “Star Trek” leftist actor George Takei wrote on Twitter. “I trust she is now in the great Xanadu beyond. Know that we are forever hopelessly devoted to you, Olivia. Rest in song and mirth.”

“‘Grease’ is my #1 movie of all time and made me a lifelong Olivia Newton-John fan,” actress Gabrielle Union tweeted. “Me and my sister watched Xanadu more times than I could count. Sending so much love and prayers to a real gift of a woman and talent.”

All copyrights and legal uses attributed to content are located at the article origination: © Daily Wire, John Travolta, Other Notable Figures Respond To Death Of Olivia Newton-John 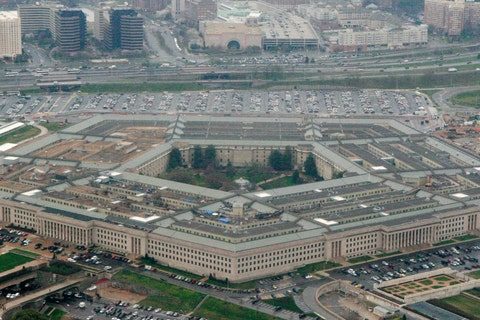 0 50
The Long, Slow Decline of the U.S. Military Puts America in Danger