Biden administration climate czar John Kerry is drawing scrutiny from Republicans for downplaying and trying to derail legislation against China’s use of Uyghur forced labor, from which Kerry and his wife seem to benefit financially.

The Biden administration is officially against China’s use of forced labor from its Uyghur minority population, which Chinese companies are suspected of using in the manufacturing of solar panel parts. President Joe Biden as a candidate and president has called China’s treatment of the Uyghurs a “genocide” and compared it to the Holocaust.

However, when a reporter asked Kerry at the recent COP26 United Nations Climate Change Conference how he has addressed with Chinese officials the issue of Uyghur slave labor being used to build solar panels in China, he responded, “That’s not my lane here. … My job is to be the climate guy, and stay focused on trying to move the climate agenda forward.” 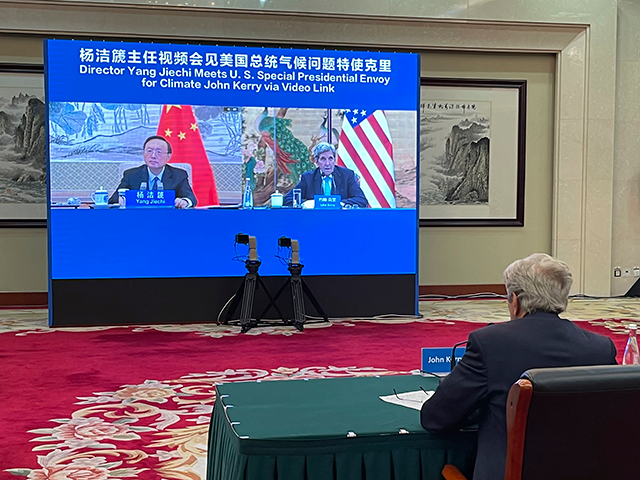 U.S. Department of State via AP

The comment raised eyebrows in Washington, given Kerry’s past role of promoting human rights as secretary of state during the Obama administration and given the administration’s official stance. 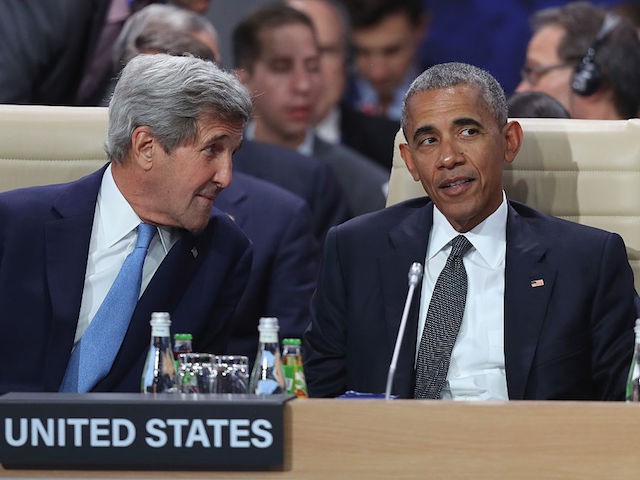 “He keeps saying basically, ‘I’m the climate guy, don’t look at me,’ which is just so embarrassing and shameful on this issue,” former Trump administration official Amanda Rothschild said.

“He keeps comparing himself to President Reagan negotiating on intermediate-range missiles with the Soviet Union … but the historical analogy just doesn’t make any sense,” she added. “If anyone, I think of Ambassador Joseph Kennedy in the United Kingdom thinking we could negotiate with the Germans, which was a major diplomatic embarrassment for the United States, just like this is.”

Republicans say Kerry has also been lobbying against bipartisan legislation that would ban the import of any Chinese goods made with Uyghur slave labor from entering the United States, including solar panels.

Sen. Marco Rubio (R-FL), who introduced the legislation in the Senate, wrote in an op-ed last month, “Kerry has been working against my legislation, and has convinced President Joe Biden to stay silent on the bill.”

“What we’ve heard from various folks is that the administration does not want it to pass because it makes things much more difficult to meet their climate objectives,” a senior Senate aide told Breitbart News.

“Those companies have to prove there’s no slave labor in their supply chain, it’s a very difficult thing to do, the solar industry in particular. So we’ve heard that John Kerry is forcefully behind that and potentially some others.”

The Uyghur Forced Labor Act would go further than steps the Biden administration took during the summer to sanction some Chinese companies and entities accused of using Uyghur slave labor. 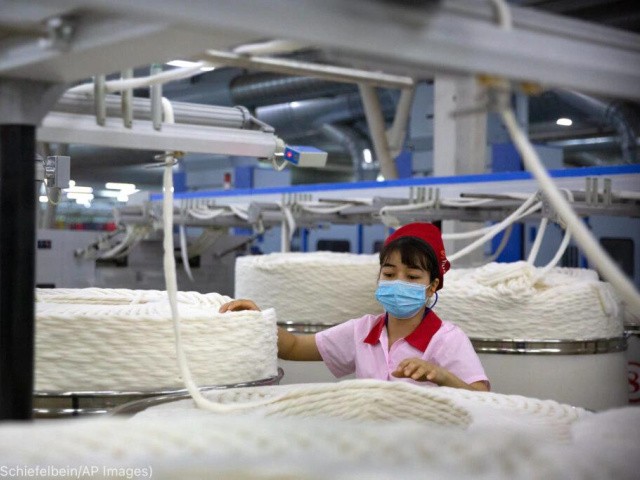 The legislation easily passed in the Senate on a bipartisan voice vote in July but has been held up in the House under the alleged pressure from Kerry.

On Thursday morning, Rubio’s chief of staff blasted the Biden administration for trying to stymie the legislation in the House.

“The administration you work for is needlessly slowing down the adoption of Marco’s bipartisan Uyghur Forced Labor Prevention Act, which passed the Senate unanimously. Get off your high horse,” he tweeted.

The administration you work for is needlessly slowing down the adoption of Marco’s bipartisan Uyghur Forced Labor Prevention Act, which passed the Senate unanimously. Get off your high horse. https://t.co/tgWD4wqEZN

Although Kerry has argued that sanctioning Chinese companies manufacturing solar panels would affect getting Chinese cooperation on climate change, it appears he may have a financial interest in the matter as well.

According to Kerry’s financial disclosure submitted in February, he and his wife have $1,000,000 invested in Hillhouse China Value Fund L.P., which is part of the Hillhouse investment group that is a top shareholder in a Chinese solar panel company that works with companies known to be using forced labor. Indeed, it was on that basis that in early November, the U.S. Customs and Border Patrol temporarily detained imports from the solar panel company, LONGi Green Energy. 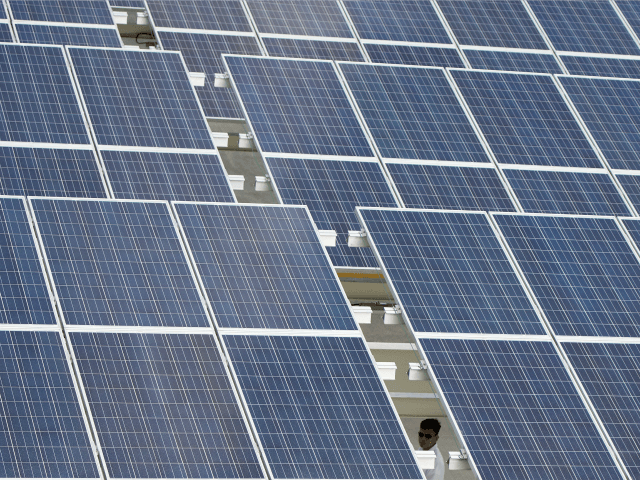 Although Kerry divested from many of his energy-related holdings in March, the divestments did not include Hillhouse, according to The Washington Free Beacon.

Hillhouse is run by Zhang Lei, an adviser to the Chinese government. It owns a six percent stake in LONGi and is also the top shareholder of YITU Technology, a company blacklisted by the U.S. Department of Commerce for allegedly aiding the Chinese Communist government’s surveillance of Uyghurs, according to the WFB. Kerry’s stake is through a trust in which his wife is the beneficiary. He stated in his disclosure that they are not involved in managing the investments.

“John Kerry’s financial entanglements are real, and his dismissal of Uyghur slave labor is shocking,” said Peter Schweizer, Breitbart News senior contributor and author of Secret Empires, which revealed that the firm belonging to Hunter Biden, Joe Biden’s son, signed a billion-dollar deal with a subsidiary of the Chinese government’s Bank of China just ten days after the then-vice president and his son flew to China on Air Force Two in 2013.

“It’s pretty clear that the Biden Administration is going to give Beijing a free pass on human rights in the name of a climate change agreement with China that can’t and won’t be enforced,” Schweizer said.

Rubio and Rep. Chris Smith (R-NJ) sent a letter to Biden in late September that expressed their concern that Kerry is “downplaying the genocide precisely because he intends to import solar panels that are produced using forced labor in the PRC to the United States in order to meet your administration’s climate goals.”

Rubio said in a statement to Breitbart News:

President Biden is relying on a genocidal regime that hates America to meet his climate goals. Instead of supporting slave labor, the Biden Administration should focus on building up domestic production to create good jobs in America.

“We certainly believe that we can do both: that we can address the climate crisis at the same time that we stand up very clearly and press for — you know, press to ensure that we are addressing forced labor in Xinjiang and elsewhere,” the official said November 14 during a background press briefing.

And the Pentagon recently seemed to downplay the security threat from China, putting it on par with the threat from climate change.

“Both are equally-important,” Pentagon press secretary John Kirby said November 10 when asked at a press briefing which was the bigger threat.

Even House Speaker Nancy Pelosi (D-CA) — a longtime critic of China but a top Biden ally — has changed her tone on China.

Last year, Pelosi spoke in favor of the legislation when it was introduced, saying, “Beijing’s barbarous actions targeting the Uyghur people continue to be an outrage to the collective conscience of the world. … We must shine a light on the inhumane practice of forced labor, hold the perpetrators accountable and stop this exploitation.”

However, this September, she downplayed the issue. She said, according to the New York Post:

With their military aggression in the South China Sea, with their continuation of genocide with the Uyghurs in Xinjiang province, with their violation of the cultural…religious minority of Tibet, with their suppression of democracy in Hong Kong and other parts of China as well — they’re just getting worse in terms of suppression.

Having said all of that…we have to work together on climate. Climate is an overriding issue and China is the leading emitter in the world, U.S. too, developed world too, but we must work together. We have to have a level of communication, whether it’s COVID, whether it’s terrorism or whether it’s climate.

“It’s shocking that they would self-censor in what is really just a factual statement about the kinds of threats that are emanating from China,” she said. “It’s almost like they’re just playing into the hands of some of the Chinese propaganda on this issue in terms of saying that it might cause anti-Asian sentiment to talk about the actions of the Chinese government truthfully and honestly.”

“And it really is jarring in contrast to their tepid stance on a genocide and real serious human rights abuses people are enduring in Xinjiang. It doesn’t make much sense,” she added.

The U.S. government estimates that since April 2017, the Chinese government has detained more than a million Uyghurs and members of other minority groups in internment camps or converted detention facilities in China’s northwestern province of Xinjiang, and as many as 1.6 million are subjected to forced labor. Beijing has also subjected Uyghurs to forced disappearance; political indoctrination; torture; physical and psychological abuse, including forced sterilization and sexual abuse; and prolonged detention without trial.

All copyrights and legal uses attributed to content are located at the article origination: © Breitbart, John Kerry Softens U.S. Stance on Uyghur Slave Labor from Which He Financially Benefits 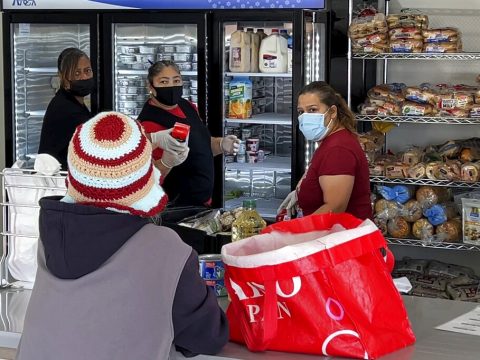 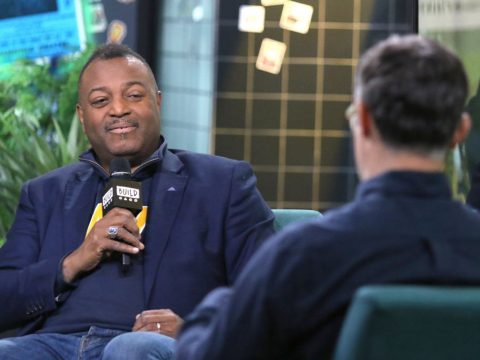 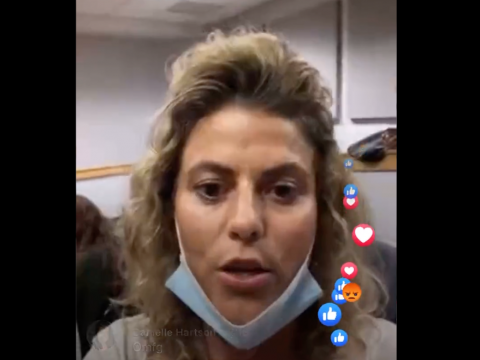 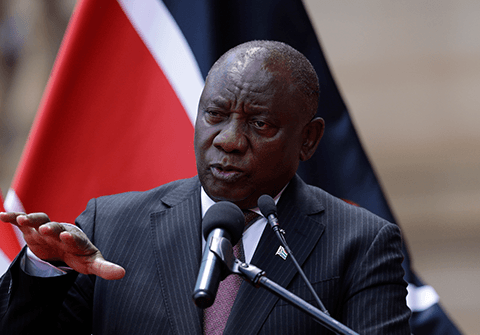