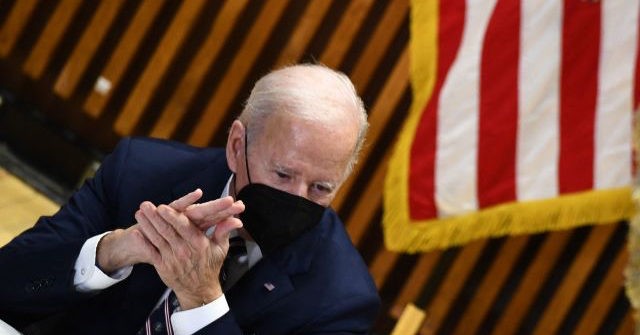 President Joe Biden met with New York Democrats on Thursday, blaming the number of available guns in New York City for the dramatic rise in crime.

The president indicated that Republicans were blocking gun control measures in Congress, allowing the rise in gun crime to continue.

“Enough is enough,” Biden said angrily. “Because we know we can do things about this, but for the resistance, we’re getting from some sectors of the government and the congress and the state legislatures, and the organizational structures out there.”

Six NYPD police officers have been shot by criminals already in 2022 amidst rising crime rates in New York City. Two officers, Jason Rivera and Wilbert Mora, were shot and killed in the line of duty after responding to a 911 call.

A group of New York City Police officers sat in chairs behind Biden as he spoke about the deaths of the two officers who were shot and killed in the month of January.

Biden repeated he was not looking to defund the police but wanted to spend more money hiring “beyond someone with a gun strapped their shoulder, to their hip.”

He told police officers it was wrong to expect them to handle all incidents of public disturbance that included mental health problems.

“The answer is not to defund the police. It’s to give you the tools, the training, the funding, to be partners, to be protectors,” he said.

The New York Post reports that “nearly every category of overall serious crime in the city is on the rise” in 2022, citing police data showing an increase of 35.2 percent in crime compared to 2021.

Democrats in the state continue loosening prosecution guidelines for minor crimes in the name of criminal justice.

In 2019, New York State eliminated cash bail and required the release of people charged with misdemeanors and nonviolent felonies.

Manhattan District Attorney Alvin Bragg began the year announcing his office would not put accused criminals in detention before trial unless it was a homicide or other serious crimes.

Overall crime is up 38 percent and shootings up 32 percent, according to NBC News. Other non-gun-related crimes have spiked including 70 percent in transit crime and car thefts up 93 percent.

But Biden focused his attention during the event on guns.

He condemned the “iron pipeline” of guns coming up to New York City and Northeastern cities from the South, citing Mayor Eric Adams’ description of the availability of guns in the city as a “sea fed by many rivers.”

“I put forward a plan to dam up some of those streams,” Biden said.

The president noted approvingly that New York was holding joint task forces to tackle gun violence in the city.

“We need more cities adopting the same model,” he said. 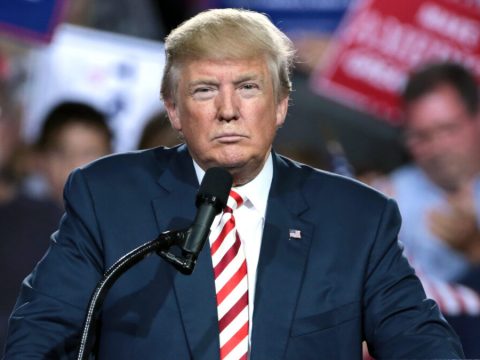 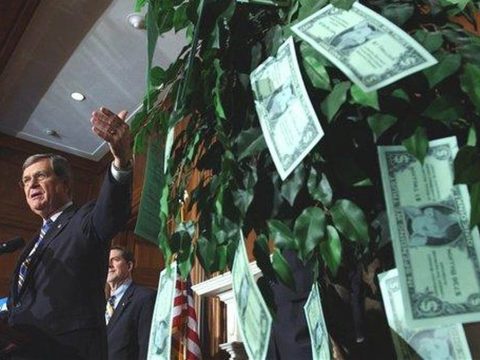