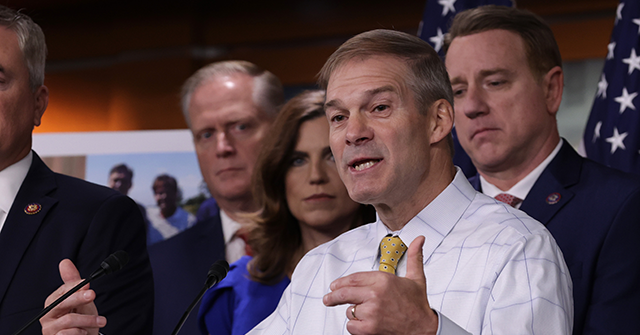 Rep. Jim Jordan (R-OH) appeared on Sirius XM’s Breitbart News Saturday and stated he was “concerned” about Democrats and moderate Republicans potentially striking a deal to elect an establishment Republican Speaker of the House if Rep. Kevin McCarthy (R-CA) does not win the gavel on January 3.

Several Republicans, including Reps. Matt Gaetz (R-FL) and Andy Biggs (R-AZ), have said they do not plan to vote for McCarthy as speaker. Republicans are expected to have a thin majority of 222-213. In a scenario where every eligible representative is present and casts a vote, McCarthy would need 218 votes to secure the speakership. If just five Republicans refuse to vote for him, and no Democrat representative makes up the difference, McCarthy would not gain the votes needed to be elected, creating what some Republicans are calling a “doomsday scenario.”

It is in that chaos that conservatives worry Democrats may step up to back an establishment Republican alternative to McCarthy who, in exchange for Democrat votes on the floor of the House to get the majority needed to win the speakership, would agree to rule changes to weaken subpoenas coming from the new House GOP majority into Democrat President Joe Biden’s administration.

The potential disastrous outcome for conservatives threatens to undermine investigations they plan to carry out in the next Congress, including an investigation into the Biden family. Rep. James Comer (R-KY), who is slated to be the chairman of the House Oversight Committee, recently detailed plans for the Biden investigation in a press conference.

Jordan emphasized to Boyle that McCarthy is much more supportive of such investigative efforts than previous GOP Congressional leaders would have been.

“Leader McCarthy has been very supportive of our efforts to get to the … facts, to get to the truth, and get that information to the American people,” Jordan explained. “If you remember, a week or so ago, my good friend and colleague, Jamie Comer, who is set to lead the Oversight Committee, did a press conference talking about the Biden family business operation and all the concerns there. You know, if … Jamie does that press conference under previous leadership, they’re going to come out and say like, ‘Oh, well, you know,’ they would have distanced themselves from that.”

“Not Leader McCarthy; he came out and said, ‘Look, we appreciate what these guys are doing. We got to get the truth to the American people,’” continued Jordan. “He tweeted about it the very … day I think Mr. Comer had the conference, so I think he’s committed because he knows this is important for the country, and it’s part of our duty to get information to the American people. So let’s hope that there’s never any kind of bargain where you bring the Democrats into play because they’ll be … trying to stop investigations that are our constitutional duty to conduct.”

All copyrights and legal uses attributed to content are located at the article origination: © Bongino Report, Jim Jordan Concerned About Threat of Dems and "Moderate" Republicans Electing Establishment Speaker 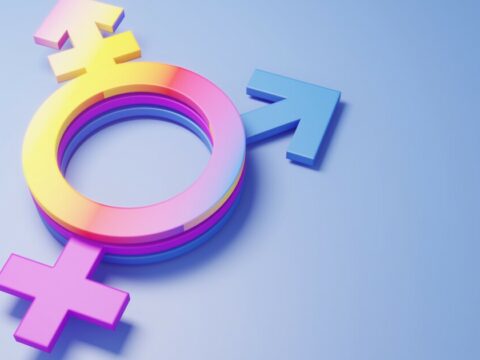 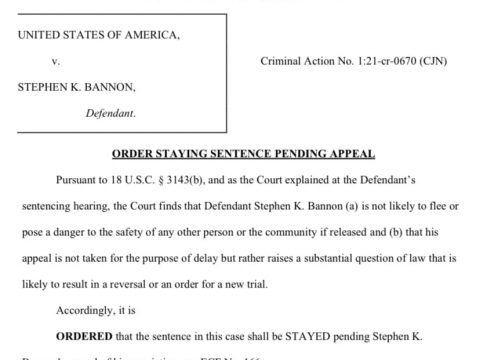 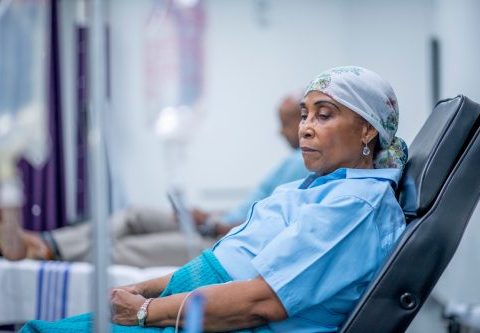 0 46
This Popular Beauty Product Increases Your Risk of Cancer