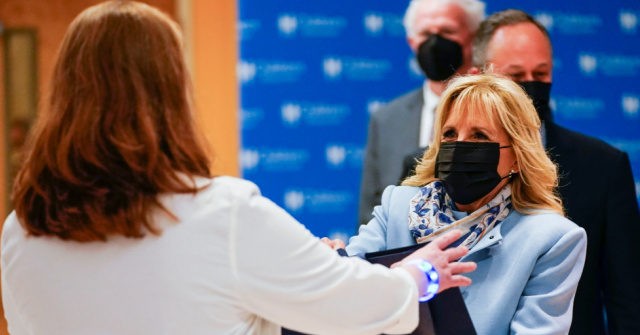 The first lady visited two children who were severely injured during the attack at Children’s Wisconsin hospital, but her public remarks focused only on vaccinations.

During her remarks, the first lady spoke of young parents feeling “absolute terror” when their children were born, “because you know that this little fragile life is depending on you.”

“We do absolutely everything we can to protect our kids,” she continued shifting to a discussion about the importance of parents getting their children the coronavirus vaccine shots.

The first lady said she was “excited” to inform parents that families could now vaccinate their children over five, and she encouraged them to add a scheduled vaccination appointment to their list for the holidays.

“So make it a family event and get your booster as well. I promise. It’s easy to do,” she said.

“I know that so many in this room continue to feel the pain and the trauma that resulted from this act of violence. I know that you feel it as survivors and witnesses to this terrible act,” he said before also shifting to a conversation about vaccines.

After her visit to the hospital the First Lady traveled to a makeshift memorial and lay flowers in memory of the victims of the attack.

. @FLOTUS @SecondGentleman @Surgeon_General lay flowers at the memorial for the victims of last month’s Waukesha Christmas Parade tragedy. Six people were killed and more than 60 injured.
Earlier at @childrenswi Biden met with the one child who remains in the hospital. pic.twitter.com/N6BKeD4tIr

President Joe Biden and Vice President Kamala Harris have still not visited the community to offer their sympathies. 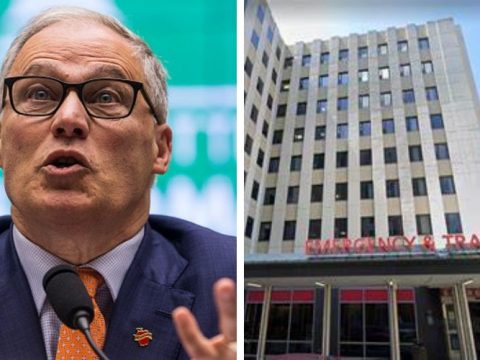