White House press secretary Karine Jean-Pierre responded Wednesday to the threats of violence and intimidation by pro-abortion activists as the nation awaits the Supreme Court ruling in the Dobbs v. Jackson case.

A White House reporter asked about the actions President Joe Biden’s administration is taking to address the threats toward pro-life organizations and members of the January 6 committee, including a death threat calling for Republican Illinois Rep. Adam Kinzinger to be “executed.”

“The president has spoken against the violence that we have seen and the threats, the intimidation that we have seen against Supreme Court justices,” the press secretary said. “He’s been very clear it is inappropriate, it should not be part of our political discourse, and he has condemned that. He just recently signed the security funding that’s going to be for Supreme Court justices, he passed that this past Thursday.”

Biden signed the bipartisan Supreme Court Police Parity Act to extend around-the-clock protection to the justices’ families as tensions and threats of violence and intimidation had arisen after Politico published a leaked draft majority opinion appearing to show the court poised to overturn Roe v. Wade. (RELATED: WH Press Sec Refuses To Get Specific On Who Is Threatening Violence Over Roe v. Wade)

Another White House reporter asked about the pro-abortion group called “Jane’s Revenge,” who the reporter said warned there will be a “night of rage, looting, burning [and] rioting” if the Supreme Court overturns Roe.

“What message does this White House have in advance to that ruling as we get closer to it?” the reporter asked.

“Violence and destruction of property have no place in our country under any circumstance,” Jean-Pierre replied. “And the president denounces this action. Actions like this are completely unacceptable regardless of our politics, so we have denounced that and we will continue to denounce any violence or threats.”

Fliers signed by Jane’s Revenge were hung up around major cities stating “To our oppressors: if abortions aren’t safe, you’re not either.” A communique appearing to be from the group warned it is “open season” for any “anti-choice” group or organization who continues operating.

“From here forward, any anti-choice group who closes their doors, and stops operating will no longer be a target. But until you do, it’s open season, and we know where your operations are. The infrastructure of the enslavers will not survive. We will never stop, back down, slow down, or retreat. We did not want this; but it is upon us, and so we must deal with it proportionally.”

The group reportedly took credit for the Molotov cocktail attack on the Wisconsin Family Action offices and warned their alleged action was “only a warning.” They reportedly demanded the disbanding of all pro-life establishments and “fake clinics” in the next 30 days in a May 10 statement, according a reporter’s posts on Twitter.

“We demand the disbanding of all anti-choice establishments, fake clinics, and violent anti-choice groups within the next thirty days,” the group reportedly said.

Republican lawmakers urged the Department of Homeland Security (DHS) and the Federal Bureau of Investigation (FBI) in a Tuesday letter to deem the attacks allegedly solicited by Jane’s Revenge as acts of domestic terrorism.

All copyrights and legal uses attributed to content are located at the article origination: © Daily Caller, Jean-Pierre Responds To Violence And Intimidation Threats By Pro-Abortion Activists 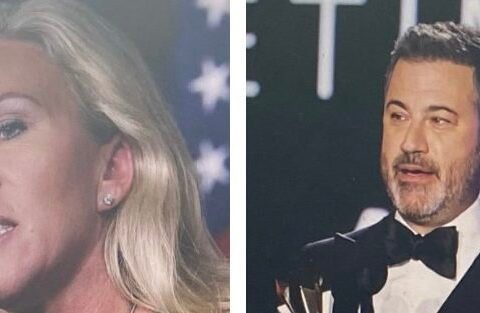 0 73
Jimmy Kimmel Responds To Rep. Marjorie Taylor Greene After She Says She Reported Him To Police Over A Slap Joke 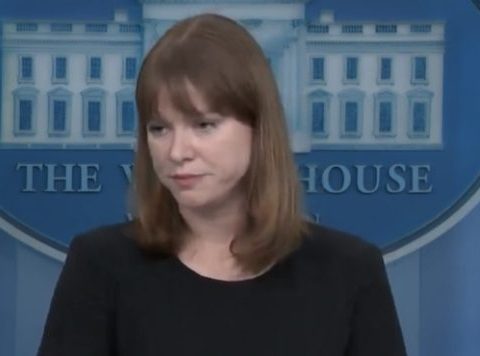 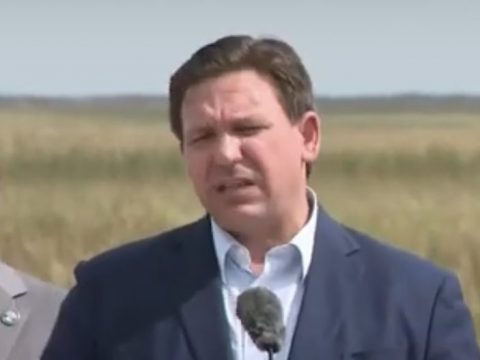 ‘You’re Not My Lawyer’: Bill Maher Breaks Down Exactly Why Americans Are Fleeing The Left

2022-06-26  0 Comments on ‘You’re Not My Lawyer’: Bill Maher Breaks Down Exactly Why Americans Are Fleeing The Left
Comedian Bill Maher explained during his show on Friday why he believed the Democratic Party was hemorrhaging voters — and...

2022-06-26  0 Comments on Ghislaine Maxwell placed on suicide watch, but isn’t suicidal
In this June 25, 2013 file photo, Ghislaine Maxwell, founder of the TerraMar Project, attends a press conference on the...