One month after Will Smith slapped Chris Rock at the Oscars, the former “Fresh Prince of Bel Air” star’s wife Jada Pinkett Smith has finally addressed the controversy on her internet show “Red Table Talk.”

When “Red Table Talk” returned for its fifth season on Facebook Watch on Wednesday, Pinkett Smith briefly addressed the slap at the start of the episode.

“Considering all that has happened in the last few weeks, the Smith family has been focused on deep healing,” read a title card at the beginning of the show.

“Some of the discoveries around our healing will be shared at the table when the time calls,” the card continued. “Until then the table will continue offering itself to powerful, inspiring and healing testimonies like that of our incredibly impressive first guest.”

From there, the screen cut to a pre-taped segment showing Pinkett Smith with her daughter Willow, and her mother, Adrienne Banfield Norris. The New York Post reported that the episode, which included special guest Janelle Monáe, was taped before the infamous Oscars slap. No other references were made to the smack of Rock in this episode.

By opting in, you agree to receive emails with the latest in Lifestyle + Entertainment from TellMeNow. Your information will not be shared with or sold to 3rd parties.

Related: Will Smith’s Wife Jada Distances Herself From Oscars Slap Despite Laughing Afterwards – Now ‘Wishes He Didn’t’ Get Physical

Smith slapped Rock at the Academy Awards after the comedian made a joke about Pinkett Smith, who is bald, looking like the character G.I. Jane.

“Keep my wife’s name out of your f – – king mouth!” Smith screamed twice after he returned to his seat. Moments later, Smith won the Best Actor Oscar for his work in King Richard, and while he will not be stripped of this award, he has since been banned from the Oscars for the next ten years. Smith has also resigned his Academy membership, saying that his actions “were shocking, painful, and inexcusable.”

“The list of those I have hurt is long and includes Chris, his family, many of my dear friends and loved ones, all those in attendance, and global audiences at home,” he added, according to 6ABC. “I betrayed the trust of the Academy. I deprived other nominees and winners of their opportunity to celebrate and be celebrated for their extraordinary work. I am heartbroken.”

Related: Surprising Will Smith Video Surfaces After Oscars Slap Scandal – He Warns Jada ‘Don’t Use Me’

Academy President David Rubin and CEO Dawn Hudson expressed their hopes that the ban will bring about “healing.”

“This action we are taking today in response to Will Smith’s behavior is a step toward a larger goal of protecting the safety of our performers and guests, and restoring trust in the Academy,” they wrote in an open letter, according to People Magazine. “We also hope this can begin a time of healing and restoration for all involved and impacted.”

It seems likely that the Smith family will be addressing this slap on “Red Table Talk” at some point in the future. In the end, this is one Oscars moment that people will undoubtedly be talking about for many years to come. 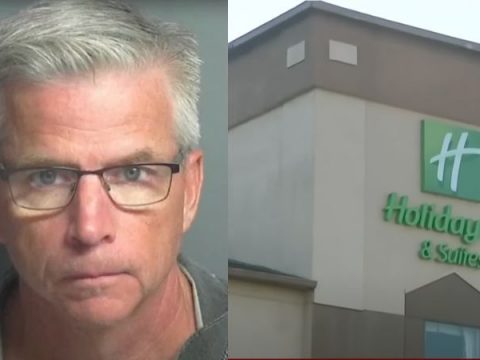