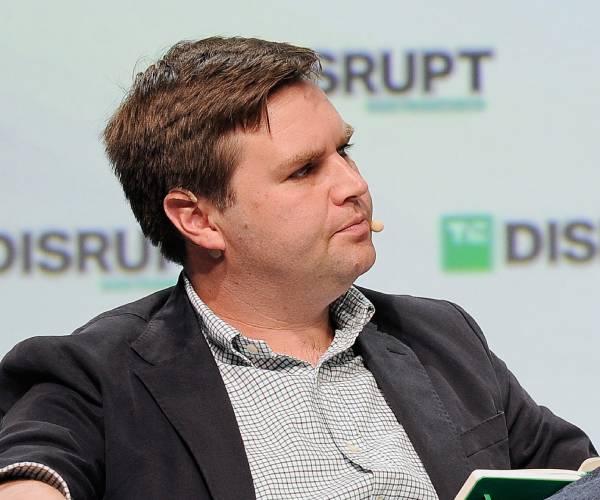 J.D. Vance, conservative author of the best-selling “Hillbilly Elegy” and a venture capitalist, has emerged as a wild card in an already crowded field of those seeking the Republican nomination for Ohio senator next year since launching an exploratory committee for a run earlier this month, The Hill reported on Sunday.

The list of those running in the Republican Senate primary is already long, including those with name recognition in the Buckeye State.

Although some are doubtful a Vance candidacy would be successful, veteran Ohio Republican strategist Mark Weaver pointed out to The Hill that “Any candidate who starts out with a $10 million super PAC behind him is someone who cannot be ignored.”

Vance gained nationwide recognition when his “Hillbilly Elegy” came out  in 2016 as Trump was winning the presidential election. Many saw his book, which describes Vance’s childhood in Ohio and Kentucky, as an explainer for Trump’s victory and his appeal to voters in the Rust Belt and Appalachia.

Although at the time Vance was critical on national media of  Trump, even while explaining his appeal, five years later he has joined the pro-Trump wing of the Republican Party and railes against the news media and left-leaning policy proposals, such as universal daycare.

It remains to be seen how Vance’s early years as a Trump critic will play with GOP primary voters in a state Trump won by eight points in 2020.

Nick Everhart, a national GOP media consultant based in Ohio, said Vance  is “going to deal with some negative Trump quotes, but if Trump doesn’t engage and endorse somebody else, I think he’s certainly one of the three to four people that could win this primary.”

Whoever emerges from what is likely to be a bruising GOP primary campaign next year will most assuredly face a daunting challenge against probable Democratic nominee Rep. Tim Ryan, who is not facing any major candidates in his party’s primary, The Hill reported.

Ryan has worked to tout his connections to the Mahoning Valley, a largely working-class part of the state. Trump became the first Republican last year to capture Mahoning County since 1956, but at the same time Ryan won the county reelection there last year by nearly 14 points.

Everhart emphasized that if indeed Ryan has an easy path to the Democratic nomination, “He’s going to raise a lot of money.”

One Ohio-based Republican strategist warned that Vance’s efforts to show off his pro-Trump credentials could backfire, saying “There’s a middle ground of who he is. What I’m concerned about is will he go overboard on trying to appeal to the Trump populism and lose himself, and lose who he really is.”