Cotton pressed both Milley and Austin on what President Joe Biden had been advised to do with regard to the planned withdrawal from Afghanistan and whether or not he had heeded any of that advice. (RELATED: ‘A Scared Child’: Tom Cotton Says Biden Walked Into The UN ‘And Put A Giant ‘Kick Me’ Sign On Uncle Sam’s Back’)

Cotton began by asking the generals whether they had advised Biden to keep a small contingent of American troops in Afghanistan — and while they declined to comment on actual conversations they had with the president, they all agreed that their assessment had been in favor of leaving some 2500 troops on the ground.

Cotton then pointed to Biden’s own claim that no military leader had advised him to leave a small troop presence in Afghanistan. “Is that true?” he asked Austin.

“Senator Cotton, I believe that – first of all, I know the president to be an honest and forthright man, and secondly –” Austin began.

“It’s a simple question, Secretary Austin,” Cotton interrupted. “He said no senior military leader advised him to leave small troop presence behind. Is that true or not? Did these officers’ and Gen. Milley’s recommendations get to the president personally?”

“It’s shocking to me. It sounds like maybe their best military advice was never presented personally to the President of the United States about such a highly consequential matter,” Cotton replied.

Cotton then pivoted to Biden’s claim that the top generals had unanimously recommended that no troops be left in Afghanistan after August 31, and he asked when that unanimous recommendation had been made.

“So on 25 August, I was asked to make an assessment and provide the best military advice –” Milley said.

“I’m sorry, my time is limited here. You gave me the answer I needed to hear. August 25?” Cotton interrupted.

“Kabul fell on August 15,” Cotton objected, asking again, “You were not asked before August 25?”

“On August 25, I was asked whether we should keep military forces beyond the 31st,” Milley said again.

“Secretary Austin, was anybody asked before September 5 if we should keep troops at the Kabul airport?” Cotton pivoted to Austin.

“The president asked us to provide an assessment whether or not we should extend our presence beyond August 31, and as Gen. Milley just said, that assessment was made. We tasked them to make that assessment on the 25th and he came back and provided his best military advice,” Austin confirmed.

“Secretary — Kabul fell on August 15,” Cotton said again, noting that by then it was already clear that there were Americans and Afghan allies who were going to be left stranded in Afghanistan under Taliban control.

“It took 10 days to ask these general officers if we should extend our presence? I would expect the answer might be a little different if you were asking them 16 days out, not 5 days out,” Cotton argued.

The Arkansas senator concluded by turning back to Milley and asking why, if he had advised the president to maintain a military presence in Afghanistan, had he not resigned when Biden apparently ignored that advice with disastrous results.

“Gen. Milley, I can only conclude that your advice about staying in Afghanistan was rejected. I’m shocked to learn that your advice wasn’t sought until August 25 on staying past the August 31 deadline,” Cotton said. “I understand that you’re the principal military adviser, that you advise, you don’t decide, the president decides. If all of this is true, Gen. Milley, why haven’t you resigned?”

“Senator, as a senior military officer, resigning is a really serious thing. It’s a political act if I’m resigning in protest,” Milley pushed back, saying that his job was to give advice and then to follow legal orders. “The president doesn’t have to agree with that advice. He doesn’t have to make those decisions just because we’re generals. And it would be an incredible act of political defiance for a commissioned officer to just resign because my advice is not taken.” 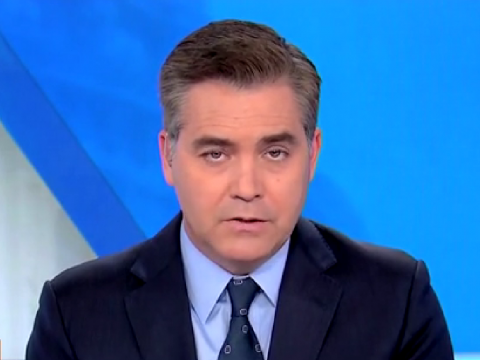 0 1834
‘Twisted And Evil’: Jim Acosta Asks If People Who Stand By Trump ‘Feel The Darkness That Fills His Soul’

He needs to resign

Out of the Fray

wpDiscuz
2
0
Would love your thoughts, please comment.x
()
x
| Reply
Thanks for subscribing!