As the nation experienced a rise in anti-Semitic attacks after violence escalated in the Gaza Strip between Israelis and Palestinians earlier this year, veterans from the Israel Defense Forces (IDF) helped law enforcement protect a heavily Jewish neighborhood in Los Angeles, California.

Magen Am, a nonprofit Jewish security organization that means “nation’s shield” in Hebrew, launched the full-time armed response and patrol in April when global tensions rose. Almost all of its 12 Veterans Team Members (VTM) are “lone soldiers,” a term for people with no immediate family in Israel who moved there to enlist and serve in the IDF. The others served in the U.S. military.

The patrol currently only responds to calls from the Hancock Park-La Brea area but plans to add at least eight more IDF veterans next month and eventually expand to L.A.’s other major Orthodox population center, the Pico-Robertson neighborhood. While the main objective is to protect the Jewish community from within, VTM will also help non-Jewish residents requesting assistance.

Mangel told The Daily Wire that the patrol has responded to numerous anti-Semitic crimes, such as a caravan of people waving Palestinian flags he said were “trying to drive over Jews.” Other reported incidents in the vicinity include attacks on Jewish boys, including an 11-year-old shot with a paintball and a 12-year-old who was allegedly punched in the face by a 50-year-old man. Mangel estimated the team received about 100 calls in the first two months of the program.

“Everything that we do is in constant coordination with law enforcement,” Mangel said. “We’re not a vigilante group. We’re not a bunch of cowboys. We’re doing things above board, the right way.”

Thank you Magen Am for apprehending this violent man who punched a 12 year old Jewish child in the face on Melrose Ave, in Los Angeles. It is critical that we continue securing communities from within. Apparently this guy isnt getting out so fast! @Eve_Barlow @StandWithUs pic.twitter.com/SCvwVhuw3u

Mangel said its new patrol is not intended to replace the Los Angeles Police Department (LAPD) but provide a faster response to some situations that are not life-threatening. They frequently share intelligence with the force, other law enforcement agencies, and can patch in 911 through its dispatch system.

Patrol members must be American citizens or eligible to work in the United States. They are paid hourly wages through fundraising. Veterans are recruited, extensively trained, then armed with Glocks, tasers, pepper spray, and handcuffs. Magen Am starts them out at static posts, usually guarding Jewish schools or synagogues. As they gain more experience and a better understanding of L.A.’s unique Jewish community, they are brought up to patrols. Their legal guidelines for making arrests are based on security officer training. If an arrest is necessary, they can apprehend a suspect and hand them off to police when officers arrive at the scene.

“A big part of our training is de-escalation and verbal judo, as we call it,” said Mangel. “We’re not looking for violence. We’re not looking to use force when unnecessary, but obviously, we are trained and ready for that kind of worst-case scenario situation.”

Mangel says the IDF veterans already have a connection to the community and the armed response program allows them to “continue their sworn mission to defend the Jewish people.”

Magen Am’s website states that the organization is “dedicated to the creation of essential armed security teams within the Jewish community, comprised of licensed and trained community members whose purpose is to protect the lives of other Jews.” In addition to its armed veterans response, Magen Am also has a community-wide training division that teaches Jews self-defense, martial arts, and firearms instruction. Another branch trains community members for certification to be volunteer security for their synagogue on the Sabbath and on holidays. The group also provides protection for private events.

“We believe that this is the answer to best protect the Jewish community here in Los Angeles and across the country, or across the world even, and we will continue to expand until we accomplish that.”

0 1
VIDEO: Dems, Journos Keep Saying ‘Latinx’ Even Though Most Latinos Have No Idea What It Means 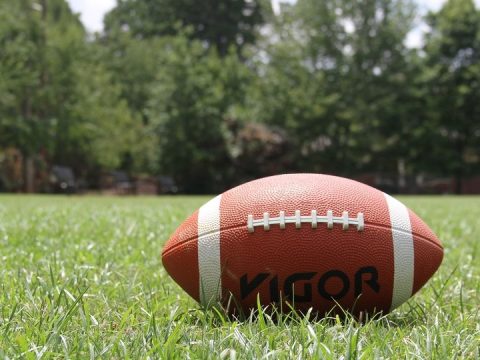