Vice President Kamala Harris reappeared as “Border Czar” Tuesday and announced she secured nearly $2 billion in investments from the private sector for Central America, as part of the Biden administration’s effort to stop illegal migrants from crossing the southern border.

Ten new American companies pledged $1.9 billion dollars to fund projects in El Salvador, Honduras and Guatemala, including clothing company Gap promising it will “increase its sourcing” from Central America by $50 million a year in an effort to create jobs, according to the White House.

SanMar, a U.S.-based apparel wholesaler, also said it will “increase its purchases of products manufactured in northern Central America by $500 million by 2025” to create jobs.

Meanwhile, a caravan of approximately 6,000 migrants, mostly from Venezuela, is headed to the southern border, according to multiple reports. (RELATED: Migrant Caravan Containing Thousands On Way To US Border)

“These are countries collapsing from poverty and violence. We strongly urge those who attend the summit … to look at what is happening, and what could happen even more often in Mexico, if something is not done soon,” the caravan’s organizer, Garcia Villagran, said, according to Reuters. Villagran was referring to the Summit of Americas, which is hosted by President Biden and is set to discuss migration.

Harris launched the “U.S. Strategy to Address the Root Causes of Migration” in July of 2021, promising to “address the hardships that cause people to leave Central America and come to our border.” She was heavily scrutinized by Republicans for not visiting the border for months, and has recently been missing from her role as “Border Czar” for months, not making any public statements about her plans to stop illegal migration. (RELATED: Kamala Harris Seems To Disappear Entirely Off The Map On Border Issues)

Venezuelan migrants taking part in a caravan heading to the US go to an informative assembly in Huixtla, Chiapas State, Mexico, on June 8, 2022. – Thousands of migrants left southern Mexico on Monday with the intention of heading to the United States, where the Summit of the Americas is taking place with migration on the agenda. (Photo by Pedro PARDO / AFP) (Photo by PEDRO PARDO/AFP via Getty Images)

In December, Guatemalan President Alejandro Giammattei claimed Harris had only spoken to him once since being appointed as Border Czar in March.

Other projects announced Tuesday include pledges from agro-industrial corporation Pantaleon to build an industrial park in Guatemala, and a promise from a company that produces recycled and synthetic yarns, Unifi, to invest $15 million into expanding capacity, improving efficiency and reducing energy use in El Salvador’s yarn production.

Visa, the credit card company, “will invest more than $270 million over the next five years to expand financial inclusion and digital infrastructure.”

Agroamerica, a food corporation, invested $100 million to build banana and avocado plantations, among other projects to increase jobs. COATL, a digital services firm, invested $35 million in El Salvador’s high-speed internet, along with Millicom, which invested $700 million. Fundación Terra, a foundation that works with energy, pledged $24.5 million for education opportunities and entrepreneurship.

Finally, Yakazi, an automotive components producer, invested $110 million to hire over 14,000 more employees in Guatemala and El Salvador by the end of 2026.

“These, we think, are pretty sizable direct investments in economies the size of the three countries in question, and they will be responsible for creating tens of thousands of jobs,” a senior administration official said Monday, according to the Washington Examiner.

The private sector also committed $1.2 billion to Central America in December of 2021.

0 8
‘We Will Not Yield’: Trump Releases New Campaign-Style Ad 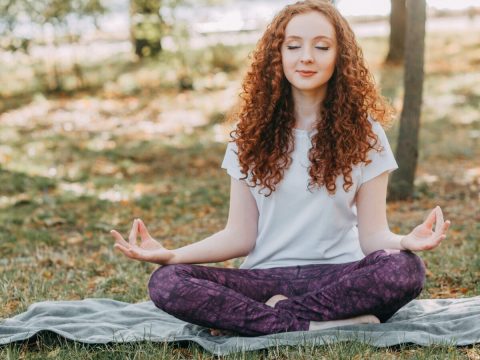