The NYT gives employees performance review scores at the departmental level which impact pay, bonuses and career opportunities, and the NYT Guild report found that racial minorities generally received lower performance evaluations than their white counterparts over three years of data, with the disparity pronounced among newer hires. The NYT Guild said it couldn’t determine whether the racial disparities were caused by a problematic review system or by barriers to success for racial minorities at the NYT.

Today, @nytimesguild is releasing a report on persistent racial disparities in performance evaluations at @nytimes.

For nearly 2 years, management has chosen to downplay the problem instead of addressing it.https://t.co/CHMWpuTpGL pic.twitter.com/LhM2SGzyuC

“Guild members who believed their contributions weren’t fairly rated in the review process have said they feel demoralized and alienated — a pernicious outcome as The Times attempts to recruit and retain a diverse workforce,” the NYT Guild wrote. “Management has denied the discrepancies in the performance ratings for nearly two years, time it could have instead spent trying to make the system better for everyone.”

Several NYT employees suggested the report was evidence of racism at the outlet.

This report is irrefutable and completely enraging. Management has known for *years* and refuses to acknowledge the accuracy of the data — analyzed by @jenvalentino & @bencasselman, who were *hired by NYT for their data prowess* — or address the issue. It’s plain negligence. https://t.co/H0O8ji2WLd

“This report is irrefutable and completely enraging. Management has known for *years* and refuses to acknowledge the accuracy of the data — analyzed by @jenvalentino & @bencasselman, who were *hired by NYT for their data prowess* — or address the issue. It’s plain negligence,” NYT investigator Haley Willis wrote.

“My colleagues have applied the stellar reporting rigor used to cover powerful institutions to discover persistent racial disparities in our own employer,” NYT writer Shira Ovide wrote. “I’m in awe of my colleagues and not of my employer.”

NYT reporter Jenny Vrentas praised the report for “[holding] those in power to account.”

The outlet has disputed previous reports of racial disparities in employee evaluations and called the researchers’ methods into question, so the NYT Guild performed tests using the method suggested by NYT management, the report explained. The test didn’t find racial disparities in the NYT evaluation results, but it also failed to find racial disparity even in fake results which were intentionally biased, the union claimed; by breaking down data into departments it made the groups too small to find statistical significance, the NYT Guild argued.

“In one particularly egregious case, Black employees were 20 times as likely to get the bottom rating, and yet the company’s methodology failed to find statistically significant bias,” the NewsGuild wrote in its report.

The NYT and NewsGuild did not respond to the Daily Caller News Foundation’s request for comment.

0 20
The ‘Obvious’ Truth Of The Cuomo Brothers’ Cover-Up 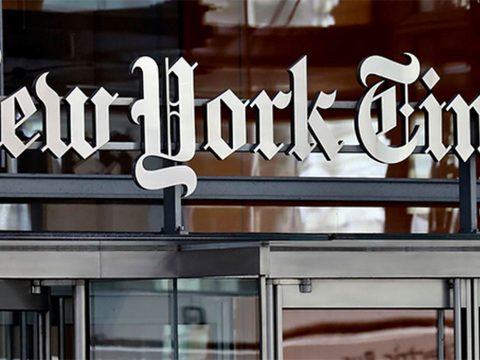