The Iowa Supreme Court overturned a four-year-old decision on Friday, ruling that the state’s constitution does not protect the right to an abortion.

The decision comes as the United States Supreme Court prepares to release its decision in Dobbs v. Jackson Women’s Health Organization — which could result in a reversal of landmark abortion cases Roe v. Wade and Planned Parenthood v. Casey — and opens the door for the Iowa legislature to introduce more restrictive regulations or a complete abortion ban if that occurs.

The Iowa court, which has shifted to the Right in recent years, overturned a 2018 decision stating that abortion was a protected fundamental right under the state constitution’s due process clause. The ruling also struck down a law that would have imposed a 72-hour waiting period for all abortions.

Friday’s ruling came pursuant to a 2020 law that would enact a 24-hour waiting period — a statute that was blocked by a lower court until Friday.

“Although we overrule (the 2018 decision), and thus reject the proposition that there is a fundamental right to an abortion in Iowa’s Constitution subjecting abortion regulation to strict scrutiny, we do not at this time decide what constitutional standard should replace it,” Justice Edward Mansfield wrote in the majority opinion, noting that the 2018 ruling “insufficiently recognizes that future human lives are at stake.”

Governor Kim Reynolds (R-IA) issued a statement on the ruling on Friday, saying, “Today’s ruling is a significant victory in our fight to protect the unborn. The Iowa Supreme Court reversed its earlier 2018 decision, which made Iowa the most abortion-friendly state in the country. Every life is sacred and should be protected, and as long as I’m governor that is exactly what I will do.”

Every life is sacred and should be protected, and as long as I’m governor that is exactly what I will do.

Chief Justice Susan Christensen disagreed with overturning the 2018 decision, arguing that because the state legislature had already begun the constitutional amendment process — in order to clearly state that abortion is not a fundamental right — the court should have simply allowed the legislative process to work in its own time.

“If the majority truly wants to leave this issue to the will of the people, it should let the people have their say through the ongoing constitutional amendment process,” she said.

As Iowa law stands, abortions are banned after 20 weeks. A fetal heartbeat law was struck down in 2019, and the state does not have a “trigger law” in place that would go into effect should Roe be struck down in the near future. 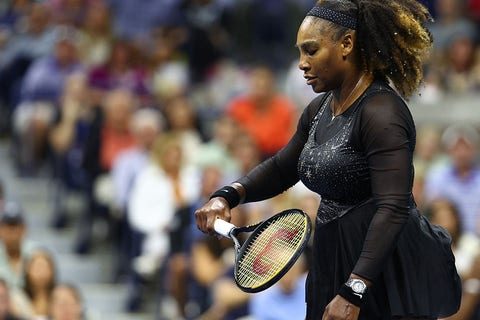 0 57
Serena Williams Falls In Third Round At U.S. Open, Capping Off Illustrious Career