We’ve only just begun to explore the universe of polyphenols, and the potential benefits for mankind appear boundless.

The right kinds and amounts of polyphenols may someday give us the supposedly mythical “exercise in a pill” that modern-day nutritional alchemists have been searching for. Polyphenols might end up curing innumerable diseases. They may extend not just life span but “health span,” where men and women age but retain the vigor, strength, and mobility of youth.

Polyphenols, in all likelihood, also enhance athletic performance in humans. One study involving mice showed that a powdered fruit and vegetable mix led to reduced muscle damage, speedier recovery, and enhanced exercise performance. The mice fed the mixture had muscles that were 50% larger than the control group and were able to run 1.7 to 1.8 (depending on the dosage used) times faster than controls. (Jin Yu, 2018).

It’s really exciting stuff, but the trouble is, outside of a few nutritionists and scientists, few people know what polyphenols are. Let’s fix that.

What Are Polyphenols? What Do They Do?

Polyphenols are natural compounds found in plants responsible for their color, their taste, and their aroma. They are one of three major branches of phytochemicals. The other two branches are terpenoids and thiols, substances that were undoubtedly named by Mike Tyson.

Terpenoids (carotenoids and non-carotenoid terpenoids) are probably the best known of the phytochemicals because they’re largely responsible for the bright color of certain fruits and vegetables. These substances attract pollinators to the plant. They also repel predators and help plants recover from damage or disease. Well-known examples include lycopene (pink or red-colored fruits and vegetables), zeaxanthin (from corn, pumpkin, etc.), and ginkgo biloba (a non-carotenoid terpenoid).

The other, non-polyphenol group, the thiols, plays a part in mopping up reactive oxygen species (free radicals) that might damage the plant. Examples include indoles (broccoli, Brussels sprouts), capsaicin (chili), and piperine (black pepper).

Polyphenols, however, are probably the largest of the groups, comprising around 8,000 (and probably more) different phytochemicals. The average total intake of polyphenols by human-types is reported to be over 1 gram a day, which is about ten times that of all the other classes of phytochemicals.

Their assigned task in plants is to play chemical bodyguard. They defend against excess UV light, insects, fungi, and various diseases. The beautiful thing? They appear to do much of the same for the humans that ingest them.

Most of the beneficial effects were first attributed back in the 1990s to their anti-oxidant effect, but the reality is much more complex. Their biological effects involve detailed biochemical interactions that we’ve only just started to understand.

Regardless of the exact mechanism, polyphenols reduce inflammation. They prevent platelet aggregation (clotting) and lower blood pressure. They protect against exercise-induced oxidative stress and increase insulin sensitivity. They reduce cholesterol. They might even have some beneficial effects against terminal diseases.

Google practically any specific fruit or vegetable and a major disease, and, chances are, you’ll find at least one study that found that the fruit or vegetable, courtesy of the polyphenols it contains, showed some promise in treating that disease. The point is that the potential list of their beneficial effects is, in fact, exhaustive.

The Types of Polyphenols

There are at least three polyphenol groups. They are:

In humans, the flavonoids exhibit a wide range of effects. They are anti-oxidative, anti-inflammatory, anti-mutagenic, and even anti-carcinogenic (at least in test tube experiments). They also modulate many key cellular enzyme functions.

Like the flavonoids, phenolic acids have strong anti-oxidative powers. They have anti-microbial action, anti-cancer properties, anti-inflammatory action, and anti-mutagenic powers.

This group includes the tannins found in cereals, beans, nuts, and wine; the curcuminoids like curcumin (found in turmeric); the stilbenes like resveratrol found in grapes; and the lignans found in grains and flaxseed.

While also anti-oxidative, stilbenes show promise in protecting against age-related diseases. The curcuminoids, however, have a particularly diverse set of powers ranging from enhanced cardiovascular health to reduced risk of diabetes and reduction of plaque levels in the arteries.

Stilbenes, an example of which is resveratrol, are found predominantly in grapes and berries and have shown aptitude in mitigating age-related diseases, type-2 diabetes, and even Alzheimer’s disease.

The last group, the lignans, are found primarily in grains and flaxseed. They’re interesting because they have a steroid-like structure and most are, in fact, defined as phytoestrogens (plant substances that mimic the action of estrogen). They appear to play a role in treating menopausal symptoms and osteoporosis.

Most people consume just over a gram of polyphenols a day just by eating a normal diet. Much of their intake invariably ends up being comprised of a single polyphenol – the flavanol quercetin – because it’s almost ubiquitous.

That’s hardly ideal because diversity is what we want. Given all the potential health attributes of the wide-world of polyphenols, it makes sense to try to ingest as many different polyphenols as possible to cover your health-related bases.

This is where my “polyphenol diet” might come in handy. I’ve listed seven different categories of plant-based foods. The idea is simply to try to get at least a serving of each of them every day, thereby doing your best to ensure a broad polyphenol complement.

Eating something from each of these groups every day might appear a daunting task. Alternately, or as a supplement to your daily polyphenol intake, you can use Superfood, a blend of high-polyphenol fruits, berries, and vegetables that were gathered farm-fresh, desiccated (removing all cellulose and indigestible plant matter like husks, rinds, stems, and seed coatings), and freeze-dried so that they retain their nutrients and overall anti-oxidative capabilities.

Here are the ingredients in Superfood, along with some of the predominant polyphenols some of them contain:

Use two scoops (5 grams) of the mild-flavored Superfood every day. Just stir it into water or juice, mix it in oatmeal or yogurt, or blend it into your protein shakes to ensure you get a hefty dose of polyphenols.

Certain polyphenols are more powerful than others. Thanks to supplement technology, we have the option of taking substantial “doses” of individual superhero polyphenols in capsule form to address specific health needs.

Curcumin: This curcuminoid has gained a reputation as a powerful anti-inflammatory and has analgesic properties unparalleled in the plant world. Other abilities include enhanced cardiovascular health, body fat reduction, reduced plaque in arteries, reduced risk of diabetes, and blocking the conversion of estrogen to testosterone (thus increasing testosterone levels).

Be sure to use a micellar formula which utilizes solid lipid curcumin particles, producing 95 times more free curcumin in the bloodstream than standardized curcumin with piperine (Gota VS et al, 2010).

Cyanidin 3-Glucoside: This flavonoid, responsible for the blue color in most fruits and vegetables, has a broad range of abilities, including increasing insulin sensitivity, lowering blood sugar, reducing body fat, reducing cholesterol, improving skeletal muscle endurance, reducing the risk of heart attack, and even improving night vision, among others.

EGCG: This is the most potent catechin found in tea. It supports cardiovascular, brain, metabolic, and cellular health. In also part of our Superfood formula.

Oleocanthol: This polyphenol is responsible for that burning sensation you feel in the back of your throat when you ingest olive oil. It’s most famous for being a non-selective inhibitor of COX (an enzyme involved in inflammation and pain), which may make it responsible for the low incidence of heart disease associated with the Mediterranean diet.

Resveratrol: This stilbene, found in large quantities in grapes, is known as a longevity supplement. Time will tell if that’s true, but it does have a broad spectrum of other abilities, including lowering blood sugar in Type 1 and 2 diabetics, reducing blood pressure, improving endothelial health, and modulating higher-than-desired estrogen levels in men.

Rosmarinic Acid: This compound is found primarily in the spice rosemary. As is the case with other life/health-extending phytochemicals, rosmarinic acid seems to up-regulate the expression of certain genes that ultimately affect life span, but this polyphenol appears to be particularly gifted in that area.

Silybin: Long used by professional bodybuilders to protect their livers from steroid-induced damage, this flavanone, commonly known (and derived from) the milk thistle plant, has other superpowers beyond just protecting the liver. It appears to increase fat burning, muscle growth, and even athletic performance.

Your Momma Told You

The medical profession has long recommended that we eat a wide variety of fruits and vegetables. So has nearly every health-related publication in the last hundred years. So has your mother and her mother before her.

They might not have known exactly why fruits and vegetables were good for you, but now YOU do. 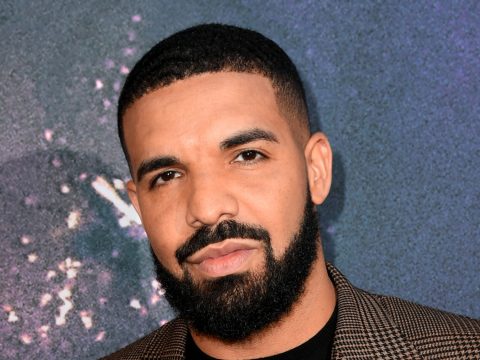 0 1
Tonight on Unfiltered With Dan Bongino: Pushing Vaccines On The Kids?