Rhoda Kadalie, a feminist and anti-apartheid activist who became a prominent critic of the left even as she devoted herself to the advancement of the poor, passed away on Saturday, April 16, after a quiet battle with lung cancer.

She is survived by her daughter, Julia Pollak (née Bertelsmann), and her grandchildren, Maya, Alexander, and Amira. 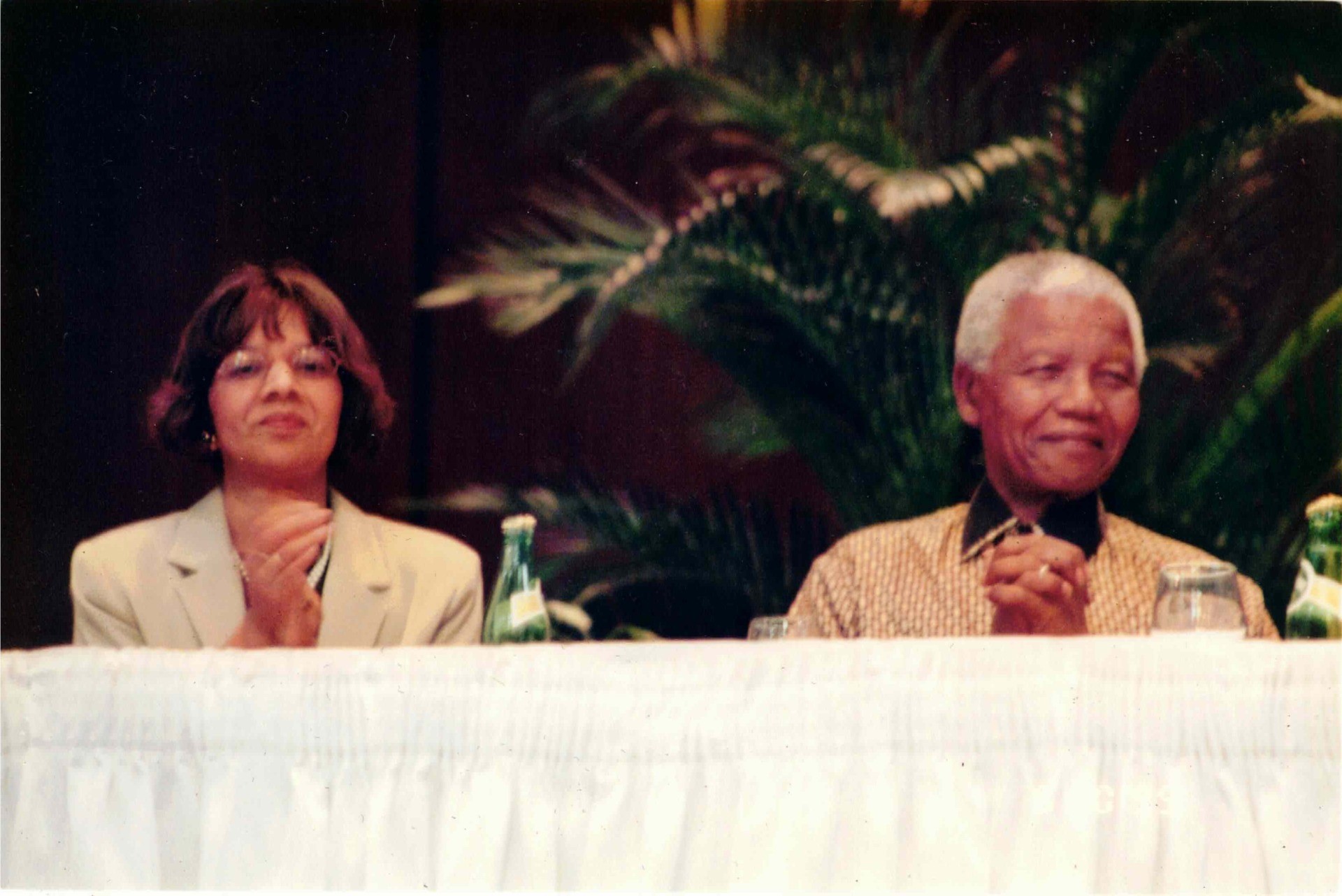 Her political journey from black radical to Trump supporter was described at Breitbart News earlier this month.

Rhoda stood up for women within the anti-apartheid movement, and created the Gender Equity Unit at the University of the Western Cape (UWC). She served in President Nelson Mandela’s administration on the Human Rights Commission, and became its most visible and active member.

She resigned in protest at the commission’s failure to do more to promote socioeconomic rights. She then founded Impumelelo, an organization that identified and rewarded successful development programs and partnerships between government and the private sector.

Rhoda also became one of the country’s best-known opinion columnists, and was among the first to speak out against corruption and abuses of power, regardless of party.

Born in District Six in 1953, she was the daughter of Pastor Fenner Kadalie and Joan Kadalie (née Francis), and the granddaughter of Clements Kadalie, the first black trade union leader in South Africa.

Rhoda and her family, including eight siblings, were forcibly removed from Mowbray in the early 1970s by the apartheid regime. She matriculated from Harold Cressy High School and earned degrees in library science and anthropology from UWC. She later earned a master’s degree from the International Institute of Social Studies in the Netherlands, and received several honorary doctorates.

Despite her direct experience of the brutality of apartheid, Rhoda focused on the task of building a better society with South Africans of all races. She believed firmly in non-racialism, and resigned from the governing bodies of UCT and Stellenbosch University when she felt they had sacrificed academic excellence for affirmative action and political correctness. She turned down “black economic empowerment” (BEE) opportunities and retained her integrity and her independent voice.

Her sole business interest was her service on the advisory board of the Molteno Brothers farm in the town of Grabouw, where she learned about agriculture and helped direct social investments in rural communities. Rhoda also adored the Afrikaans language, and while she was beloved by many who read her columns in English, she had a special connection with her Afrikaans-speaking audience.

An astute observer of politics around the world, Rhoda was among the first to predict Donald Trump’s victory in 2016, and she delighted in his victory, seeing in him an anti-establishment, can-do spirit to which she could relate. She reveled in his disregard for the media and his defiance of the stultifying rules of political correctness.

Rhoda was a woman of deep Christian faith, and advocated for a greater role for women in the church, as well as for tolerance toward gays and lesbians, at a time when few were doing so. She also admired and defended Israel, and had many friends and supporters in the Jewish community. She was an inspiration to her students and colleagues, and changed the lives of the people she mentored, particularly young women from disadvantaged backgrounds.

She loved music, especially the symphony and opera, and was proud of South Africa’s artists on the world stage. She was also an incredible cook, and hosted frequent dinner parties with friends from every political persuasion and every walk of life. She was a fierce debater who cherished the contest of ideas and embraced friends with different points of view. Rhoda also had a delightful sense of humor, which she retained until her last moments.

She moved to the U.S.A. in 2018 to be with her daughter and grandchildren. She was diagnosed with lung cancer last year, despite never having smoked. Throughout her treatment, she continued to write and to enjoy life; she was blessed to have her sister, Judy, at her side in her last weeks.

In her last hours, she listened to Gospel music and was surrounded by love. It is perhaps fitting that her memory will forever be linked to a central holiday of the Christian faith, and to the Jewish festival of liberation.

This author described Rhoda as “a woman of valor who lived her principles, loved life, helped strangers, walked with God, and left a lasting impression on South Africa and the world. Her memory will continue to be a source of joy for all of us.”

Notable tributes from around the world have included a message from her alma mater, UWC, where her successor at the Gender Equity Unit, Dr. Mary Hames, noted: “There was a time when there were hardly any non-governmental organisations in South Africa that didn’t have a former student of Rhoda’s fighting for women’s rights and feminism.”

One of Rhoda’s friends, journalist Marianne Thamm, wrote of Rhoda as a woman “some hate to love” — one whose political views were intensely provocative and who retained the ability both to delight and frustrate her friends.

Thamm wrote an obituary at the Daily Maverick in which she explored Rhoda’s notes in the margins of a long-lost copy of Christopher Hitchens’s book 1999 about the Clintons, No One Left to Lie To:

On the first page of chapter one, titled Triangulation, Rhoda has underlined the sentence “manipulation of populism by elitism”.

That is how Hitchens, Trump, Kadalie and Pollak view/viewed the democratic political establishment. Essentially. At its heart.

Rhoda underlined Hitchens’ take on philosopher Hannah Arendt’s assessment that Stalinism among intellectuals could be attributed to one annihilating tactic.

“Stalinism replaced all debate about the merit of the argument, or a position, or even a person, with an inquiry about motive…When the finger points at the moon, the Chinese say, the idiot looks at the finger.”

Rhoda tried not to look at the finger.

Journalist Margot Bertelsmann Doherty, a niece by marriage (to translator and editor Richard Bertelsmann, from whom Rhoda was divorced in the early 1990s), described Rhoda in a Facebook tribute as “probably the most vibrant, vivacious, independent shit-stirrer that ever there was.”

Rhoda, I think, had an adversarial gene, but it meant nothing to the continuation of happy relations with the people involved. She’d be as likely to swing onto my Facebook profile to pour scorn on my political opinions as to tell my me children were adorable (as are her grandchildren). You had to love her for who she was: inevitably controversial, adversarial, forgiving, infuriating, defiant, defying definition, furtively gentle. Loyal to Julia above all.

A formal memorial service will be in Cape Town in late June.

Joel B. Pollak is Senior Editor-at-Large at Breitbart News and the host of Breitbart News Sunday on Sirius XM Patriot on Sunday evenings from 7 p.m. to 10 p.m. ET (4 p.m. to 7 p.m. PT). He is the author of the forthcoming biography, Rhoda: Comrade Kadalie, You Are Out of Order!. He is a winner of the 2018 Robert Novak Journalism Alumni Fellowship. Follow him on Twitter at @joelpollak.

0 19
SOTU: After Flood of Migrants, Biden Calls on Congress to 'Secure the Border'