Rep. Ilhan Omar (D-MN) and Rep. Ro Khanna (D-CA) expressed support for members of their staff Monday, just hours after six House staffers were arrested for protesting in Schumer’s office. Two of Khanna’s staffers were among those arrested, along with a staffer for Omar. Omar herself was arrested last week as part of a planned “civil disobedience” protesting the overturning of Roe v. Wade.

“I’m not just supportive of the staff who protested for climate action today, including my own. I’m proud. Damn proud,” Omar tweeted Monday evening, including a link to the Axios article that broke the story.

I’m not just supportive of the staff who protested for climate action today, including my own. I’m proud. Damn proud.https://t.co/Wt5utV3Gf6

Omar was one of 17 members of Congress arrested last week outside the Supreme Court as part of a planned “civil disobedience” protesting the Court’s decision in Dobbs v. Jackson Women’s Health Organization, which overturned Roe v. Wade. Omar attracted mockery to herself, along with fellow Democrat and left-wing “Squad” member Rep. Alexandria Ocasio-Cortez (D-NY), for pretending to be handcuffed while being led away from the protest by Capitol Police.

Omar was mocked again after she took a group photo with AOC and fellow “Squad” members Reps. Rashida Tlaib (D-MI), Ayanna Pressley (D-MA), and Cori Bush (D-MO). Another Congressman, Michigan Rep. Andy Levin (D-MI), was mocked online for wearing a bandana on his head like the character Michael Scott in an episode of “The Office.”

Khanna expressed similar sentiments to Omar, sending support for his staffers who were arrested. “I stand in solidarity with all of the staffers, including those in my office, who peacefully protested for climate action today,” Khanna tweeted from his official Congressional account, linking to the same article. “Protecting our planet is not a radical idea.”

I stand in solidarity with all of the staffers, including those in my office, who peacefully protested for climate action today. Protecting our planet is not a radical idea. https://t.co/qjF20tyk5B

Capitol Police arrested the staffers Monday after they refused to leave Schumer’s office. “Six demonstrators were arrested for DC Code §22-3302 Unlawful Entry for failing to leave the office after they were told to leave,” police said in a statement to The Daily Wire. “The six people who were arrested are all House staffers.”

Several of the staffers tweeted photos of themselves in Schumer’s office. “BREAKING: Congressional staff are staging a peaceful sit-in in @SenSchumer’s office to protest our leaders’ failure and inaction on climate policy and urge them to use every last negotiating tool to meet this moment,” Kovalovich tweeted Monday. “The time to act is NOW. Staffers, come through.” Kovalovich also posted pictures of the staffers seated in the office with a large banner that says “Keep negotiating, Chuck,” and other signs that read “Climate Policy Now!”

“Right now, we Hill staffers are peacefully protesting Dem leaders INSIDE,” Levin tweeted. “To my knowledge, this has never been done. We’ve also never seen climate catastrophe, so we’re meeting the moment.”

Schumer had previously been negotiating a climate and spending package with Democrats, but talks fell apart after moderate Senator Joe Manchin (D-WV) voiced opposition to the package. 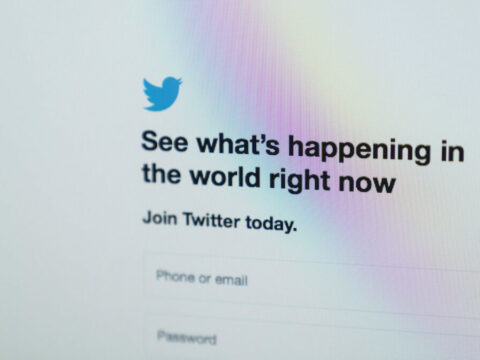