Last week, Roman Catholic Bishop Thomas John Paprocki of the Diocese of Springfield issued a blistering rebuke of Illinois Democratic Governor J.B. Pritzker’s signing of legislation that repealed a state law requiring parents or guardians to be notified by abortion practitioners when their child was attempting to seek an abortion. The new law will go into effect in June 2022 and will allow those under 18 to obtain an abortion without parental consent.

Democratic Gov. JB Pritzker called repeal “essential,” saying the 1995 act punished the most vulnerable pregnant minors — victims of rape and other abuse in unsafe homes. He and Democrats who voted this fall to repeal the notification requirement also referenced efforts to restrict abortion in other states and at the federal level.

“With reproductive rights under attack across the nation, Illinois is once again establishing itself as a leader in ensuring access to health care services,” Pritzker said.

Bishop Paprocki slammed the bill, saying that it “marks a dark and disgraceful moment in the history of the State of Illinois.”

“Those legislators who promoted and voted in support of this legislation, and the Governor who signed this unjust law, have granted a five-part victory to evil in our state,” he proclaimed.

“First, our government has granted a free pass to sex traffickers,” Paprocki continued.

“Those who enslave young women and girls throughout our state can now even more easily than ever before cover up their crimes with impunity,” he said while adding that authorities who fight this “evil” and seek to protect young girls “enslaved” in sex trafficking will now have a more difficult time doing their job.

“Second, our government has violated God’s will in stripping the authority and responsibility entrusted to parents,” he added. “This legislative action violates the most fundamental rights and duties entrusted by God to parents to ensure the health and safety of their children.

“This is a right and responsibility that God grants, and which no government can take away,” he explained. “In attempting to do so, this legislation acts directly against God’s will, which is the very definition of evil.”

The bishop also pointed out this law contradicts various laws on the books and endangers children.

“The government rightly exercises its authority by establishing laws that protect minors from making life-altering decisions that they are not equipped to make, establishing laws that prohibit children from tanning, buying lottery tickets, buying cigarettes, and purchasing alcohol and tobacco,” he explained. “Minors cannot get body piercings without parental consent, nor can they undergo every other invasive medical procedure without parental consent. Removing the requirement for parental notification, our government has knowingly put our children in mortal danger and physical danger.”

“Fourth, and most grievous, our government has promoted and facilitated murder,” he said, adding that Pope Francis has compared abortion to “hiring a hit man to solve a problem.”

“Fifth, the government has provided evil the cover of darkness in which it thrives,” he warned. “The devil desires darkness and despises the light. It is striking how much this legislation does to provide cover, secrecy, and darkness over evil deeds.”

The full statement can be read here.

0 24
Poll: Little Support for Military Involvement with Russia and Ukraine 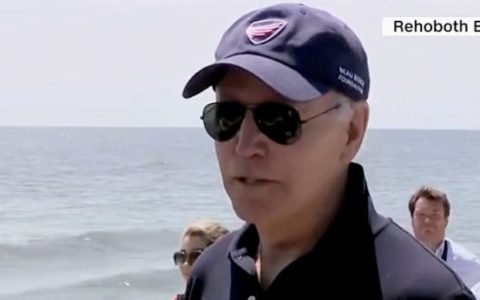