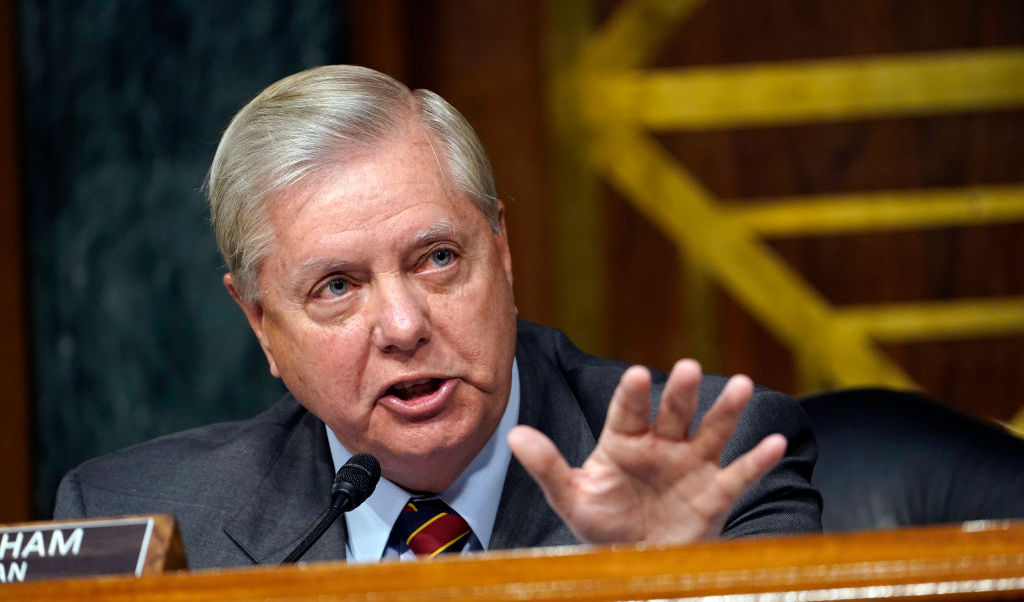 Hannity prompted Graham by pointing out, “If we confiscated the wealth of every rich person — which we’re getting pretty close to —we still wouldn’t balance the budget, would we?”

“No,” Graham answered succinctly. “What Joe Biden did tonight was introduce the largest power grab in American history as president of the United States, even more than FDR.”

Graham wasn’t buying that. He said bluntly, “I saw a socialist tonight. I saw a socialist. What did he tell us? To save American families we’re going to grow the government. The bottom line now is ‘infrastructure’ is about climate change; it’s not about roads and bridges, and he talked about Russia and China in terms that were really unnerving to me. Do you think, after listening to Joe Biden tonight, that anybody at the Kremlin is worried? Do you think the Chinese have any fear in them after hearing his speech tonight? It was incoherent on foreign policy. He talked about leaving Afghanistan as if there’s no consequence to leaving. He turned down sound military advice. This is the same Joe Biden that allowed ISIS to come back by leaving Iraq. You just wait and see what happens.”

Graham concluded, “The bottom line tonight: If I ever hear that Joe Biden’s a moderate again, I’m going to throw up. Because after tonight, he embraced socialism. He made Barack Obama look like Ronald Reagan.”

Among Biden’s spending proposals was more free education. “Twelve years is no longer enough today to compete with the rest of the world in the 21st century. That’s why my American Families Plan guarantees four additional years of public education for every person in America, starting as early as we can,” he said.