On Thursday, Ukrainian President Volodymyr Zelensky, 44, who appeared to be speaking from a bunker, addressed his nation, asserting that he is “target number one” and his wife and two children are “target number two” for Russian troops.

“I know that a lot of misinformation and rumors are being spread now,” Zelensky stated. “In particular, it is claimed that I have left Kyiv. I remain in the capital; I am staying with my people. My family is not a traitor, but a citizen of Ukraine. According to our information, the enemy marked me as the number one target. My family is the number two goal. They want to destroy Ukraine politically by destroying the Head of State. We have information that enemy sabotage groups have entered Kyiv. … I am staying in the government quarter together with others.”

Chechen “kill squads” have been reported in Ukraine. “The kill squad was allegedly in a Ukrainian forest, with each soldier reportedly given a special ‘deck of cards’ with Ukrainian officials’ photos and descriptions, a Moscow Telegram channel that has links to the security establishment reported,” The Daily Mail wrote, adding, “State TV in Chechnya reported that Ramzan Kadyrov, the republic’s leader and a close Putin ally, had visited his forces in Ukraine. The Chechens are believed to be from the South battalion of the Federal Guard Service, based in Chechnya.”

As The Daily Wire reported on Friday, on Thursday Zelensky appeared to harshly criticize President Joe Biden for not doing more to assist Ukraine.

“This morning we are defending our state alone. Like yesterday, the world’s most powerful forces are watching from afar,” he said. “Did yesterday’s sanctions convince Russia? We hear in our sky and see on our earth that this was not enough.”

We are left alone in defense of our state. Who is ready to fight with us? Honestly – I do not see such. Who is ready to guarantee Ukraine’s accession to NATO? Honestly, everyone is afraid. … I tell all the partners of our state: now is an important moment – the fate of our country is being decided. I ask them: are you with us? They answer that they are with us. But they are not ready to take us to the Alliance. Today, I asked the twenty-seven leaders of Europe whether Ukraine will be in NATO. I asked directly. Everyone is afraid. They do not answer. 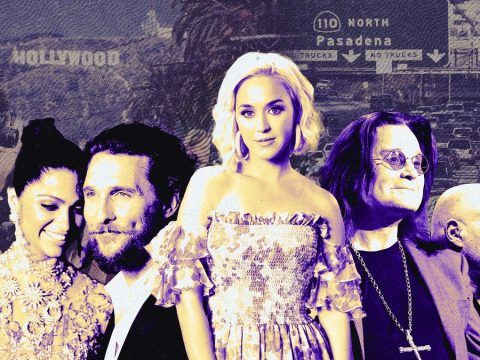 0 144
“Hollywood Is Not America.” Why So Many Celebrities Are Leaving Los Angeles