Democratic Party leadership will include $10 billion in “humanitarian, military and economic” aid to Ukraine in its next appropriations bill, Speaker of the House Nancy Pelosi said Sunday.

The government funding bill signed by President Joe Biden in February expires Friday, March 11, giving Congress just four days to come to an agreement on another appropriations package. Lawmakers have only agreed to a series of short-term resolutions since Biden took office, wrangling on various government programs, including federal COVID-19 vaccine mandates and an expansion of the Internal Revenue Service’s authority over privately-held bank accounts.

“The United States remains ironclad in our commitment to the Ukrainian people and in unity with our allies,” Pelosi said in a statement. “American troops will not go to war in Ukraine — but our nation can provide military equipment and support our allies who are supplying airplanes to Ukraine.”

Pelosi also repeated her call for the U.S. to ban Russian oil imports, adding that Democrats are “exploring strong legislation” that would do so. Those sanctions, likely included in a separate bill, would also end the American trade relationship with Russia and Belarus, ban Russia from the World Trade Organization and increase tariffs on Russian imports. (RELATED: Blinken: ‘Very Active Discussions’ Between US, Allies On Banning Russian Oil)

Congress has not yet passed a Ukrainian aid package, although the Biden administration authorized sending $350 million in missiles, small arms and armor to the besieged eastern European nation on the second day of Russia’s full-scale invasion. Other North Atlantic Treaty Organization (NATO) countries, including the United Kingdom, Poland and Estonia, have also sent weapons. 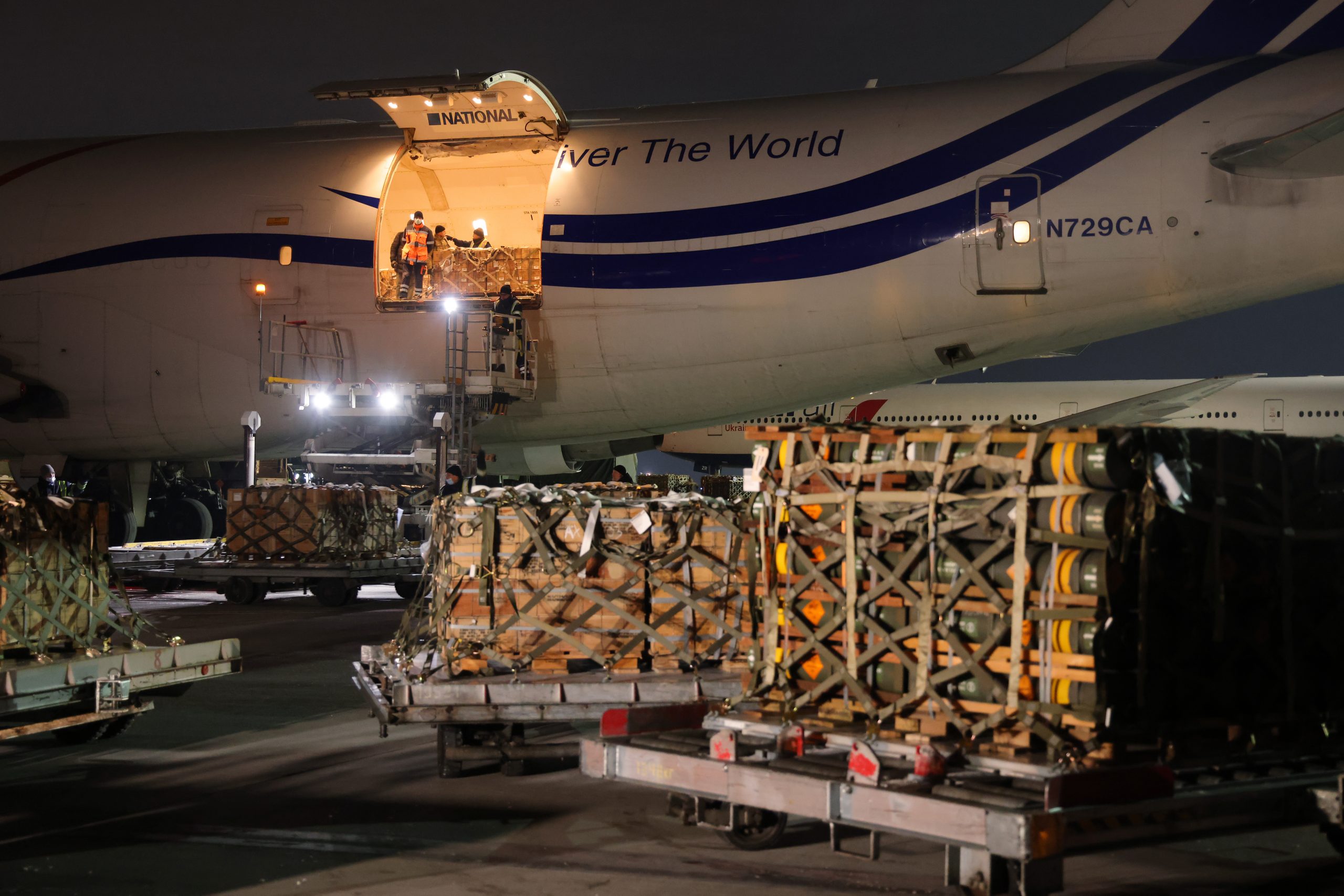 BORYSPIL, UKRAINE – JANUARY 25: Ground personnel unload weapons, including Javelin anti-tank missiles, and other military hardware delivered on a National Airlines plane by the United States military at Boryspil Airport near Kyiv on January 25, 2022 in Boryspil, Ukraine. The U.S., Great Britain and other NATO countries have sent arms in recent days to Ukraine in a bid to deter an invasion. (Photo by Sean Gallup/Getty Images)

The move to couple the Ukraine aid with the broader funding package is likely to anger Republicans in both chambers, who are pushing for an increase in American domestic energy production. Gas prices nationwide broke the $4 mark Sunday for the first time since 2008, when prices reached an all-time high of $4.11.

“House Republicans stand ready to do our part to help make sure the Ukrainian people have the arms and munitions they need to defend themselves,” Republican Chief Deputy Whip Drew Ferguson told the Daily Caller in a recent interview. “I would hope our colleagues on the other side of the aisle would deal with this as a standalone issue, get it done quickly, and not tie it into politics.”

“It would be an absolute shame to do that. It would show division in this country at a time when we need unity. If Nancy Pelosi goes down that road, it’s a further signal that she cares more about politics than she does mankind.”

0 24
Nurse dead, 4 others injured in shooting at Minn. clinic 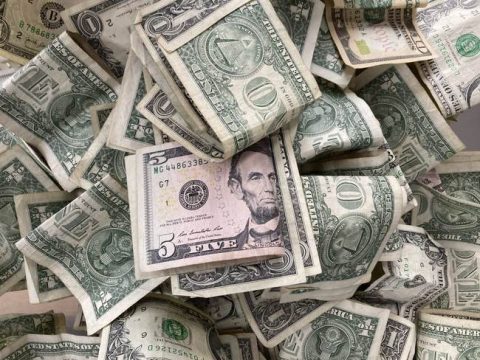