Corporate media and other activists praised his call for what they described as “common sense” restrictions on the right to keep and bear arms. But even if people think the solution to the moral rot plaguing the country is to restrict gun rights, there is one very big reason why this plan is not “common sense” at all and why Republicans in Congress would not be able to support it.

Many Americans have a principled objection to restricting gun rights because they are the guard against tyranny that preserves American freedoms. But even for those who don’t hold principled objections to gun-right restrictions, to voluntarily hand over the right and the security it provides American families would require a profound trust in their government that has been obliterated in recent years through widespread corruption.

The biggest problem facing the country right now is a two-tiered justice system, in which friends of the regime are protected and allowed to commit crimes with impunity, and political opponents of the regime face life imprisonment for lesser crimes.

Who would administer, for example, the background checks and red flag laws that “common sense” gun restricters propose? Would it be the same government that fabricated evidence in a FISA Court proceeding to secure a wiretap to spy on Carter Page for the crime of supporting a politician the FBI opposed?

Would it be the same FBI that hatched a plot to kidnap the Michigan governor, with that truth only coming out during the prosecution of four of the Americans entrapped in the scheme?

Would it be the same local, state, and federal officials who allowed Antifa and Black Lives Matter activists to destroy countless homes and businesses in dozens of cities, set White House buildings on fire, attack federal courthouses, burn police precincts to the ground, destroy historical markers, and commit other destruction under the guise of “mostly peaceful” protesting?

And which police organizations and officials would be involved in these “common sense” gun restrictions? Would it be men such as Derek Chauvin, convicted of murdering George Floyd?

Would it be the same police department in Uvalde, Texas, that stood by while children were being murdered and, instead of stopping it, prevented parents from rescuing children?

It would be nuts to hand the power to restrict gun rights to institutions that have deliberately destroyed the rule of law in this country. What sane Republican would vote to empower the worst institutions in the country with further means to protect political allies and destroy political opponents?

Rather than being “common sense” restrictions on gun rights, when thinking through which officials would be administering them, it is clear they are extreme. 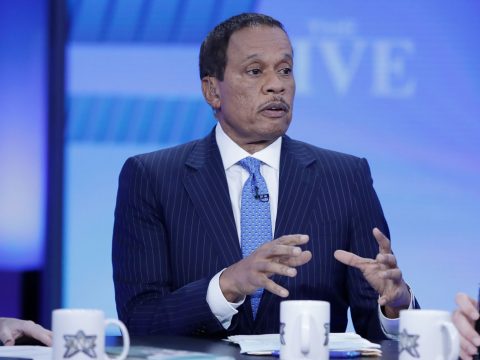