As the 2022 midterms loom, big tech companies are again announcing their plans to meddle in U.S. elections by censoring news and information. Social media censorship ramped up dramatically following President Donald Trump’s 2016 victory, leading to companies such as Twitter and Facebook colluding with Democrat operatives in intelligence agencies to censor and suppress factual stories that harmed then-candidate Joe Biden during his 2020 campaign.

Two years later, following heavy documentation of the meddling, big tech companies are intent on using the same strategy. And they’re openly admitting as much.

Nick Clegg, president of global affairs for Meta — Facebook’s parent company — wrote in a blog post that Facebook’s approach to the 2022 midterms will be “largely consistent with the policies and safeguards” from 2020.

Posts rated as false or partly false by one of Facebook’s 11 so-called “fact-checkers” will receive a label titled “false information,” causing their outreach to be dramatically limited. During the 2020 election, NeverTrump outlet The Dispatch — one of the fact-checkers — published an inaccurate “fact-check” that shut down public communications from pro-life group Susan B. Anthony List just weeks before the election.

Lead Stories, one of Facebook’s many left-wing “fact check” censors, is partly funded by the Democratic National Committee as well as Beijing-based ByteDance, the Chinese company that owns TikTok. In 2020, Lead Stories was responsible for censoring The Federalist’s own correct reporting about the Georgia election. After The Federalist criticized Lead Stories for its fake “fact-checking,” it was censored again.

While accurate stories about Hunter Biden’s laptop were never fact-checked, their reach was also limited in 2020, as Facebook Founder Mark Zuckerberg admitted in an interview with podcaster Joe Rogan. According to Zuckerberg, the FBI pressured Facebook to censor the Hunter Biden laptop story by falsely claiming it was Russian disinformation.

Such collusion between the intelligence community and Facebook is sure to continue: in its 2022 Factsheet outlining its approach to the U.S. midterms, the company writes that it will be “working with federal government partners including the Cybersecurity and Infrastructure Security Agency, as well as local and state election officials and industry peers, to make sure we’re all preparing for different scenarios.”

While discussing their approach to the midterms with The New York Times, Facebook employees said the company will take a “greater interest” in censoring information that it claims could lead to “real-world violence” like the Jan. 6 riot at the U.S. Capitol.

According to internal documents obtained by The Wall Street Journal, Facebook’s Disaggregating Harmful Networks Taskforce tracks hundreds of thousands of users and pages that could “distribute potentially harmful content.” Once Facebook employees identify a “dangerous information corridor” — networks of accounts, pages, and groups — they work to undermine it, usually by removing popular accounts or severely restricting users’ ability to transmit information. This is the same strategy Facebook applied when it censored more than 700,000 “Stop the Steal” supporters after the Jan 6. riot.

Yet Facebook took no action against the Democrat-funded and coordinated operation to question the legitimacy of the 2016 election by falsely accusing Donald Trump of being a traitor who stole the election by colluding with Russia. That lie, which led to mass public hysteria and years of investigations, is allowed free rein on its platform. Facebook’s so-called “fact-checkers” included journalists who participated in spreading the lie or otherwise allowed it to continue without censorship via fact-checking.

Despite this open political double standard, an internal memo from the task force claimed “an individual can question election results. But when it’s amplified by a movement, it can damage democracy. There is harm in the way movements shift norms and an understanding of collective truth.”

In August, Twitter announced it would begin enforcing its “Civic Integrity Policy” for the 2022 midterms. This means taking “action against misleading claims about the voting process, misleading content intended to intimidate or dissuade people from participating in the election, or misleading claims that may undermine public confidence in elections outcomes.”

“In cases where there is potential for harm associated with the false or misleading claim, the Tweet may not be liked or shared to prevent the spread of the misleading information,” a company blog post reads. Such a policy is unlikely to apply to disinformation from the left. For example, during the 2020 election, Twitter refused to censor viral tweets pushing misinformation about USPS mailboxes that negatively affected the right.

Ironically — as Federalist Senior Editor John Daniel Davidson notes – Twitter was probably the single greatest source of disinformation during the 2020 election. Just weeks before the election, the social media company worked overtime to censor The New York Post’s story on First Son Hunter Biden’s laptop, even locking the Post’s account and those of other users’ who tried to distribute it.

As such, Twitter “brazenly hid a story from its users that, had they seen it, would have been quite damaging to Biden and certainly would have caused some people to change their votes,” Davidson wrote. Davidson was later deplatformed by Twitter for saying scientifically accurate truths about biological distinctions between men and women. Twitter routinely bans effective communicators who question left-wing narratives pushed by its company and other activists.

Of course, no censorship comes close to the level of Twitter (and Facebook) banning then-President Trump, leader of the Republican Party, from their platforms after the Jan. 6 riot — effectively cutting off communication from the president of the United States to his supporters and the rest of the country.

Arguably the most popular social network in America right now, TikTok announced that it would also be countering so-called election misinformation through its Elections Center, a segment of the app that will “connect people who engage with election content to authoritative information and sources in more than 45 languages.”

As Federalist Culture Editor Emily Jashinsky reported, this gives the Chinese-owned social media company access to the voting profiles of all American users who opt to use TikTok’s Elections Center. As TikTok’s parent company, ByteDance, is connected to the Chinese Communist Party, TikTok’s Elections Center “will put detailed voter profiles in the hands of a company based in Beijing, stocked with party members and state employees, subject to laws that allow the Chinese government data access.”

As Jashinsky notes, China could influence the midterm elections using this data, as well as censoring American public discourse in favor of the Chinese Communist Party’s geopolitical ambitions by either fomenting public discord or undermining anti-CCP politicians under the guise of “combatting misinformation.”

YouTube was the last major social media platform to announce that it, too, had a plan to combat misinformation leading up to November’s general election.

In a Sept. 1 blog post, the company wrote that searches for midterm-related videos will prioritize “content coming from authoritative national and local news sources like PBS NewsHour, The Wall Street Journal, Univision and local ABC, CBS and NBC affiliates,” although many of these corporate media outlets possess a heavy left-wing bias. Any content deemed “borderline” misinformation will be prevented from being widely distributed.

YouTube also claimed it will remove “election content that violates our policies,” including “misleading voters on how to vote, encouraging interference in the democratic process, inciting violence, or advancing certain types of election misinformation,” which includes “election integrity” content.

While this policy will be enforced regardless of “political viewpoint,” the company emphasized that videos “claiming widespread fraud, errors, or glitches occurred in the 2020 U.S. presidential election, or alleging the election was stolen or rigged” would violate its policies. YouTube allows members of the Democrat Party to continue using its platform to claim elections it loses are rigged or stolen.

Democratic organizations were accidentally granted access to a trove of Republican voter data on Snapchat, enabling them to hone their political ads leading up to the 2022 midterms. As Federalist Staff Writer Shawn Fleetwood reports, a “slip-up” by Snapchat gave groups such as the Democratic National Committee, the Democratic Senatorial Campaign Committee, the Planned Parenthood Action Fund, and Georgia Democrat Stacey Abrams’ gubernatorial campaign access to voter data by Republican-aligned firm i360. Such groups used the data to create targeted political ads to sway voters.

While Snapchat claims it is working to rectify such supposedly accidental data sharing, “the blunder underscores the sensitivities surrounding reams of voter data that have become a highly valuable political commodity,” Axios writes.

While the data breach affected both Republican and Democrat data firms, the data’s “use by political groups was significantly more prolific on the Democratic side.”

Much like in 2020, Big Tech companies are actively censoring information they deem harmful to their official narrative or preferred candidates. By falsely labeling factual information from conservatives “misinformation,” such companies have the power to control the flow of information that informs voters and rig elections in their favor.

It’s been heavily reported that companies like Facebook and Twitter have colluded with the Biden administration to censor information related to Covid-19. As the Biden administration already has plans to massively influence the 2022 midterms, they and other Democrats will continue to collude with big tech to swing high-stakes congressional races come November. 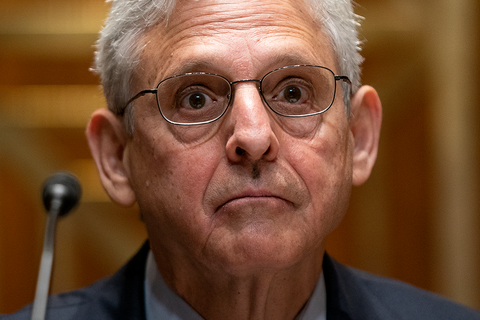