Pennsylvania Lt. Governor John Fetterman, who suffered a stroke last month, was cleared by his doctor on Friday to run as the commonwealth’s Democratic Senate nominee.

Fetterman was hospitalized days before last month’s primary election and received a pacemaker on election day. However, he still won more than twice as many Democratic votes than U.S. Congressman Conor Lamb, widely considered in progressive circles to be a rising star.

Cardiologist Ramesh Chandra said in a letter that Fetterman has not visited his office since 2017, despite his atrial fibrillation — a condition that causes an irregular heart rhythm and decreased heart pump.

“I had prescribed medications along with improved diet and exercise and asked him to follow up again in the following months,” Chandra wrote. “Instead, I did not see him again until yesterday.”

Chandra said that Fetterman’s pacemaker-defibrillator is “working perfectly” and Fetterman is “doing well.” As long as the candidate takes his medication, eats healthy, and stays active, Chandra believes “he’ll be fine.” Fetterman’s condition was previously undisclosed, according to Politico.

“If he does what I’ve told him, and I do believe that he is taking his recovery and his health very seriously this time, he should be able to campaign and serve in the U.S. Senate without a problem,” Chandra continued.

Fetterman said in a statement that he was wrong to avoid visiting the doctor. “As a result, I almost died,” he said. “I want to encourage others to not make the same mistake.”

Fellow progressives had been concerned with Fetterman’s condition, according to a report from NBC News. One elected Pennsylvania Democrat told the outlet that there has been “no indication” of a timeline for Fetterman’s return to the campaign trail. “A lot of us Democratic Party types are very nervous about it.”

A Pennsylvania Democratic strategist told NBC that he and others were not sure how to interpret Fetterman’s absence. “It’s not like Fetterman has close institutional allies, so Dems are calling around wanting to ask the question, but no clue where to get a sense of how serious it is.”

Meanwhile, Republican Senate candidates Dr. Mehmet Oz and David McCormick — who finished within 1,000 votes of each other — are in a legal battle over a mandatory recount. McCormick, a former Bush administration official and hedge fund executive, argued in a lawsuit that county election boards must tally undated mail-in ballots. In response, the Oz campaign said that McCormick is “following the Democrats’ playbook” and eroding voters’ confidence in the election.

Even before the recount concludes, Democrats are wasting no time campaigning against both candidates — casting Oz as a “scam artist” and McCormick as a “Wall Street insider,” DSCC spokesman Patrick Burgwinkle told Axios this week. He remarked that Democrats want the eventual Republican challenger to enter the next phase of the race “even more badly damaged.”

Democrats believe the Pennsylvania race is one of their best chances to flip a Senate seat in an uphill battle to retain control of Congress. Sen. Pat Toomey, a Republican, is retiring.

All copyrights and legal uses attributed to content are located at the article origination: © Daily Wire, ‘He’ll Be Fine’: PA Democratic Senate Nominee Cleared By Doctor To Campaign After Suffering A Stroke Days Before Primary

0 19
Nolte: Congressional Generic Ballot Has GOP Up 9 Points over Democrats 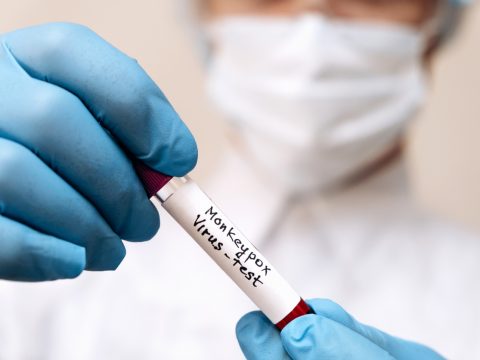 0 76
You Need to Watch Out for These COVID BA.5 Symptoms