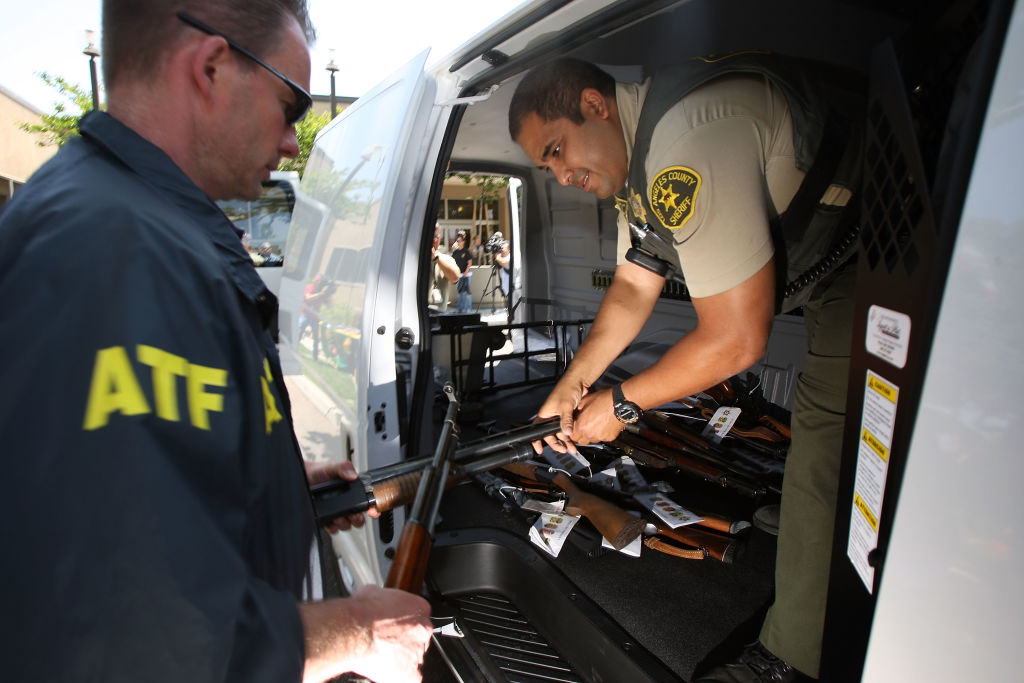 LAKEWOOD, CA – MAY 21: Officers load some of about 125 weapons that were confiscated. (David McNew/Getty Images)

Several GOP state attorneys general are opposing the Biden administration’s efforts to regulate gun parts. In a recent letter to the acting director of the Bureau of Alcohol, Tobacco, Firearms and Explosives (ATF), 20 officials argued the agency doesn’t have the legal authority to regulate parts of incomplete guns, rather only complete firearms.

They also contend individuals and businesses have the right to assemble firearms for their own use under federal law. Additionally, the group pointed out the agency has acknowledged the proposal would put many gun part makers out of business.

“allow[s] @ATFHQ to decide for itself which firearms it will regulate, unconstrained by Congress’s guidance.”

“The Second Amendment is a core tenant of our Constitution, and this regulation would treat the activity of assembling firearm parts as a problem to be stamped out, rather than a right and tradition to be respected,” said West Virginia Attorney General Patrick Morrisey in a statement.

This comes as the Biden administration has yet to finalize the rule, which seeks to target homemade firearms that are also referred to as ghost guns.

MORE NEWS: Fmr. U.S. Ambassador To The UN Haley: This Was A Complete, Total Surrender