MISSION, TEXAS – MARCH 26: Sen. Chuck Grassley (R-IA) speaks to the media after a tour of part of the Rio Grande river on a Texas Department of Public Safety boat on March 26, 2021 in Mission, Texas. (Photo by Joe Raedle/Getty Images)

Iowa Senator Chuck Grassley (R) is the latest Republican to oppose housing migrant minors in his state. In a radio interview with host Jeff Angelo last week, Grassley said Iowa has a long history of taking in refugees, which it will continue to do.

However, the Iowa senator noted refugees “don’t need babysitting by state government officials.” Grassley also criticized the Biden administration’s handling of the situation at the southern border, calling it a “humanitarian, health and security crisis.”

Sen. Chuck Grassley became the latest Republican to come out against his state housing unaccompanied minors who have arrived at the southern border https://t.co/7uhH0dzqge pic.twitter.com/R8no04ohwK

The senator’s comments echoed those of Iowa Governor Kim Reynolds, who recently said Iowa doesn’t have the facilities to house migrants. 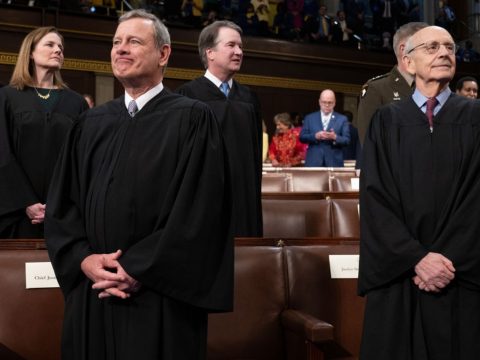 0 1
Could Canadians Targeted By Trudeau Qualify For Political Asylum In The United States?