The “mainstream media” love to pretend that they represent the sensible middle ground of the ideological spectrum, but any extended look at their coverage reveals that they are incapable of finding an unsuitable extreme on the Left. For example, some leftists openly advocate for the end of prisons. Are they questioned for their sanity? No. They’re given platforms for their “poetry.”

On the Aug. 4 episode of “PBS NewsHour,” they celebrated a man named Jorge Antonio Renaud. On the “Latino Rebels” website last year, Renaud explicitly declared, “I’m going to speak about prison abolition, which is the idea that the American criminal justice system is immoral, grounded as it is in punishment and abuse; that it gains sustenance from humans consigned to cages; and that it must be dismantled and replaced by a justice system based in transformative and restorative approaches.”

PBS anchor Judy Woodruff provided him a taxpayer-funded platform: “Jorge Antonio Renaud spent 27 years behind bars, where he discovered the power of poetry. He is now national criminal justice director at Latino Justice, where he advocates for reform in Texas and beyond. Tonight, he gives his ‘Brief But Spectacular’ take on reimagining incarceration.”

Renaud spoke of “the demonstrable harm that happens to people who are in cages,” but he didn’t comment on the demonstrable harm of people who are victimized by armed robbery, which he committed. PBS did not create a space for debate. It created a platform for a “brief but spectacular” case for abolishing prisons. Does Woodruff want armed robbers living in her basement?

PBS is not alone. The Associated Press filed a “news” dispatch on Aug. 5 that was a badly disguised ad for the “abolish ICE” crowd. The headline was “Immigrant Detentions Soar Despite Biden’s Campaign Promises.” AP reporters Philip Marcelo and Gerald Herbert began from the illegal alien perspective. “Alexander Martinez says he fled from homophobia, government persecution and the notorious MS-13 gang in El Salvador only to run into abuse and harassment in America’s immigration detention system.”

There’s a border crisis under President Joe Biden, but for the radical Left, the problem is that illegal immigrants are detained at all. AP reported, “The rising detentions is a sore point for President Joe Biden’s pro-immigration allies, who hoped he would reverse his predecessor’s hardline approach.”

Notice when you back untrammeled illegal immigration, you’re merely “pro-immigration.”

Then, AP just let this laughable notion of immigration “hardliner” Biden go on. “We’re at this really strange moment with him,” Silky Shah, executive director of Detention Watch Network, said. At least AP explained Shah “advocates for ending immigration detention outright,” although there was no opposing point of view. Shah added, “There’s still time to turn things around, but his policies so far haven’t matched his campaign rhetoric.”

This is apparently the Democratic Party’s base. Shah has explicitly written, “It is not enough to abolish ICE and disentangle immigration from the criminal punishment system; we must work to abolish the entire prison industrial complex in order for all of our communities to thrive.”

Just like PBS, AP did not offer the public an actual debate on whether all of our prisons should be emptied out. They created an invincibly one-sided platform for a nutty, radical point of view.

Tim Graham is director of media analysis at the Media Research Center and executive editor of the blog NewsBusters.org. To find out more about Tim Graham, and read features by other Creators Syndicate writers and cartoonists, visit the Creators Syndicate website at www.creators.com.

0 23
The Aaron Rodgers and Green Bay Packers Break-Up Is Coming, It’s Just A Matter Of When. 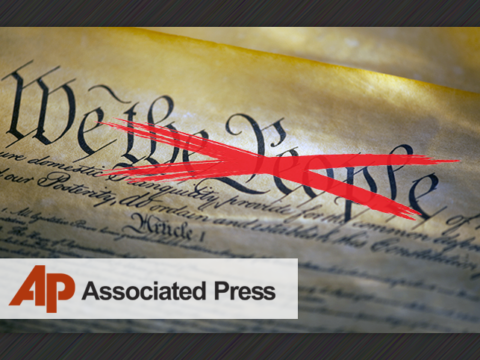 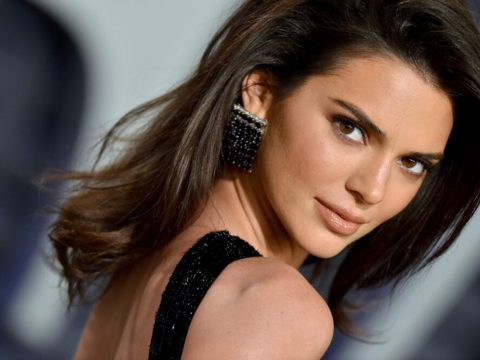 0 22
Ben Shapiro: Elon Musk’s Twitter Takeover Reveals the Left For What It Is